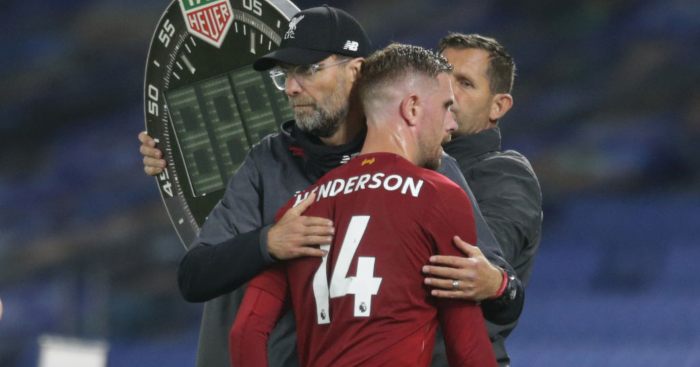 Thank you as ever for your mails. Send more to theeditor@football365.com

Be realistic…
I see people clamouring how Ole is a rubbish manager. Maybe I am a noob or a fan with rose-tinted glasses, so let me ask you this:

Lets say Ole is let go tomorrow, and Mr. {Insert Dream Manager X} is hired. So how long are you willing to give the new manager to succeed? And what exactly is the measure of success for the 1st season?

What if we hired Pep and he finishes third with three semis lost. Would you want to fire him in the first season?

Would you ignore all the blunders made since 2013 and expect Pep to win the title in season 1?

What is the measure of success you expect out of Ole next season with a talented yet small/limited squad ?

For me, to win a trophy or two, and finish in the top three with a point diff of less than 10 to the leaders would be a massive massive dream scenario.

An acceptable scenario would be top three finish and maybe a final or two while playing thrilling football and some really special European nights.

Sackable would be to finish outside the top four, rubbish signings and poor football.

United and other team fans, let us know what you expect out of your managers to call it a decent 20/21 season.

Klopp: As long as he finishes in the top half, he will be retained. They should build him a statue really! Realistically a top two finish would be a success.

Pep: Win EPL or CL or be sacked.

Choose your managers
We were chatting in a football group about Pep’s latest shitting of the bed in Europe and one of the lads proposed a fun idea (which has probably already been through the ringer of the mailbox but alas I missed it.)

What if you could have two managers, maybe one for the league and one for Europe?

Who would you have?

The suggestor, being a Utd fan, thought if SAF had Mourinho they probably would have won 30 CLs.

City could have kept Pep for the league, hired whoever they fancied each year for Europe. I’m sure Ancelotti could have given it a good lash with one of those teams.

Or Brodge and Jose. Can play good cop, bad cop with the squad.

Unai on standby for Europa.

Maybe the DOF could sub out the manager midgame.

I’ll leave the rest to the mailbox…
Maurizio (No longer in China, yay Covid-19!)

Man United and football’s shift
This isn’t the main reason for writing but I thoroughly enjoyed the points rebutting Brian Chung. I was pretty much going to write the same things back and I’m glad I held off. The only thing I’ll add to is when Brian says that United fans are ‘stuck in this mentality that we are the Manchester United of old’; we finished third in the league and got knocked out of three semi-finals (one in the lower tier of Europe) and yet the majority of United fans are pleased with the season – not ecstatic, pleased. Pretty sure that shows how much we really are living in the now. Ten years ago that would be nowhere near acceptable, so maybe we aren’t that delusional after all but accept that Klopp and Pep are two outstanding managers with outstanding teams that we have to try bridge a gap to. In my mind at least, it would be more delusional to say Ole must win the league next year, or that United are in a place to do so. Anyway.

Having watched a lot of the European games recently, and with PSG in particular, I was wondering if we’re seeing the end of the David Silva type midfield player. I think Silva is brilliant, and this may be to do with Klopp too, but one of the things I noticed most about PSG was their industrious midfield. I should say that I think Liverpool’s midfield is underrated for ability on the ball, and I’m not saying that PSG’s is bad on the ball either, but it does seem like the idea is the hard working and energetic midfield cover and get the ball to their brilliant forwards.

Football goes in phases, and it was something I noticed in the City defeat to Lyon too. Yes, Pep got his tactics wrong, but Lyon’s midfield were solid on the ball and energetic and positional with everything else. Bayern were the same; Thiago is a brilliant passer but even he really gets about the pitch and looks like he knows where the gym is. Everything in football looks basic when it’s done right, but the midfields all just seemed very functional (I mean that in a good way). With Bayern in particular, the energy coursing through that team is mesmerising, and as much as I’m not saying David Silva or Iniesta was lazy, they couldn’t do what was being asked there. Pirlo, Alonso, or any of the other great slow-moving but great passers, would they get into that Bayern team? Or Liverpool’s? If Klopp didn’t introduce it, he has definitely played a large hand in it, but I do think that power is starting to overtake midfields, whereas Barca ten years ago made the small playmakers the trend of the time. It’s just interesting to watch that shift.
James, Galway

Koeman destined to fail at Barca
I read an article about Koeman’s untouchable players at Barcelona and thought okay. However, in another article it stated hat he intends to build his team around Messi. If this is true it is definitely a mistake due to (A) Messi’s age, (B) Koeman only getting a two-year contract.

I know lots of Premier League supporting teams hate Barca and Real but the likely circus at Barcelona will be an interesting watch in why strategic planning is required in soccer/football. Barcelona’s most senior and skilful player is Messi in terms of status. However, he’s unlikely to have the energy to be the fulcrum of team after the two years in question. Where is all the academy talent and why hadn’t they planned better in relation to replacing ageing stars? With the brilliant Suarez slowing down due to age is Griezmann a decent replacement? Pique looks finished at the top of the league too.

Maybe Koeman is just doing what Klopp did when he arrived at Liverpool stating these are the players I want in relation to the existing XI? Thereafter, major surgery was done to actually get the team he wanted (thanks to Barcelona overpaying for Couthino). The argument is you don’t want to upset the current side whilst you cut free what you consider to be deadwood.

I’m guessing they need money to pursue established players/transfers from other clubs. Therefore, hey may make the mistake of letting a promising academy player or two go to raise funds. This has to be a bigger job than Klopp had at Liverpool/Ole at Utd, as Messi’s wages and status probably stop a full clear out and a rebuild around a fulcrum that will be there playing for the next ten years? My guess is stagnation until Messi retires and then the start of a proper rebuild that will take years.
Dan (LFC fan watching a big club stuck in a rut)

Bring on Ronaldo and Messi
In response to Rahul’s email, Ronaldo and Messi would absolutely turn the Premier League into a sensation. The thrill of watching the confrontation between the two methodologies of football would be amazing.

Just imagine Messi going up against on the likes of van djyk and Maguire on a weekly basis. The play-acting of Ronaldo would be exposed to the entertainment of those watching the match.

To be honest Ronaldo in Italy and Messi in Spain is boring-no real competition, their arrival would Mark a new era of football revolutionalized in England.
Jamo, Nairobi, Kenya

Find me another team
I’m very bored and tired of reading poorly written and researched essays about why United is this or that and how Arteta wears briefs instead of tighty whities like all the other coaches.

Could someone instead help me find another team to support? Not instead of but in addition to United.

As much as I love Sunderland on my FM save, after watching their documentary I really don’t want to support a club that stumps over 2 million on Will Grigg because the owner got got during the transfer window. That was hard to watch. I feel like I saw his testis were part of the deal.

Is there a club out there that fairly smartly run, has an intriguing youth set-up and plays more or less a fixed system rather than chopping and changing their approach with each manager?

I know France has a lot of interesting youth set-ups and Germany a lot of well run clubs, but I’ll be happy with any league… maybe the Championship since its a pretty exciting league? How’s Blackburn these days?

And if maybe there’s a good anecdote for why the team or some of its players are worth supporting?

Thank you!!
N.V.M. (Try to remember to ENJOY the spectacle, maybe, instead of grading people lmao)

Saving the Neymar jibes
Malc, we’re saving calling Neymar names for when Bayern make him cry in public yet again like the spoiled child he is. Like Drago standing over Creed’s body. And to continue this metaphor, Andy Robertson is Rocky.
Niall, Denver

Neymar and Messi are stuck
Sometimes I think players like Messi and Neymar must feel a bit imprisoned.

Their agents have obviously done a very good job of getting them these enormous contracts but once they are signed these players are basically trapped. Nobody else can afford to pay the transfer fees and nobody else is willing to pay their wages.

It must be weird because these players have probably grown up being told that the world is their oyster and anything is possible but then actually they’ve discovered that they’ve essentially trapped themselves in a single city and club for 4-5 years because their agent convinced them that an extra £5m-10m a year was all that mattered. I appreciate for mortals like me that would be quite a bit of cash but Messi and Neymar probably earn £30-50m a year anyway so to some extent would probably look back on their careers and forego £10m a year to have actual freedom.

Neymar is probably pretty chilled this week because he has a Champions League final to take part in but what if they lose and PSG don’t make it their again? Messi is clearly a bit fed up after a few years of Barcelona being ordinary. Either that or he’s still irked having had his hair ruffled by world beater, Scotsman and lovable shithouse, Andy Robertson.
Minty, LFC