Home F365 Says Why is this pre-season so full of niggle? Is everyone just hot and bothered? 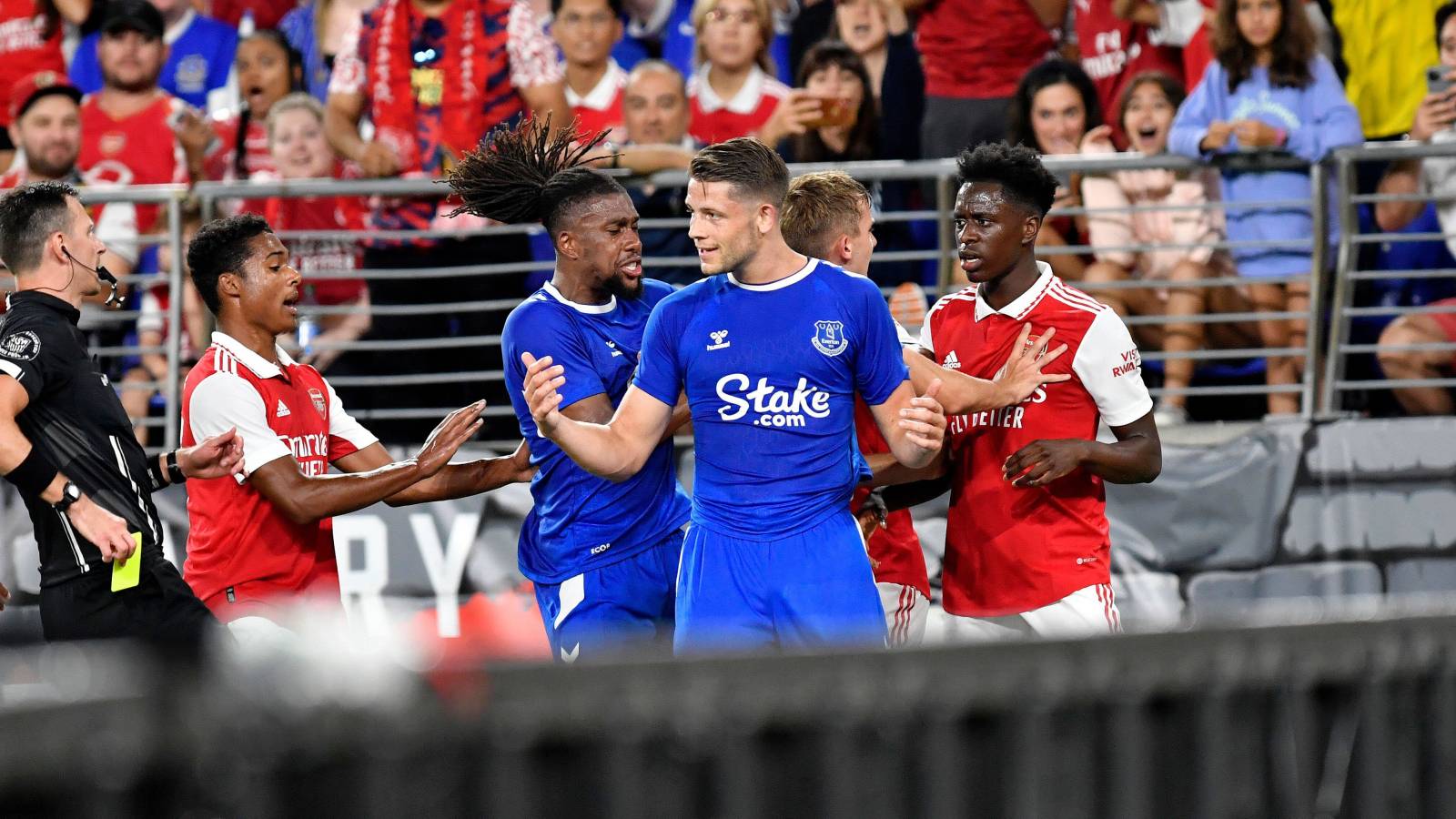 We could be entirely wrong about this – it has been known – but does this pre-season seem to have a bit more niggle and needle than usual? Pre-season games can often be competitive, but this year’s crop seem to feature an above-average amount of Handbags.

Do any of the stats nerds even keep records of xH for pre-season games? Probably not, the lazy frauds. Which leaves us with nothing but our gut feel for this, and that gut feel is telling us that yes, this is a niggly old pre-season.

Inevitably, Spurs have been heavily involved. They’re not just having to do brutal Antonio Conte training sessions, but doing so while facing the double indignity of having their inevitable eventual wheezing, sweating collapses played out as a spectator sport in front of fans. And all while not daring to stop moving for a single second lest Antonio catch their eye and decide to try and convert them into a wing-back.

It’s no wonder that they’re all hyped up when the actual games begin. Their 6-3 win over a Korean K-League team was a baffling slice of pre-season. In many ways it contained several core ingredients. Lucrative overseas location, opposition that doesn’t really exist, 11 substitutions, a starting XI of mainly second-stringers that struggle a bit before the first team come on and have their fun. Loads and loads of goals. In that sense, flawless – almost cliched – pre-seasoning.

And yet it was in other ways a completely mental pre-season game, played at pace and with genuine niggle, especially from the K-League side, who even managed to get a player sent off. It was a confusing mix of both types of pre-season game in the end, and that’s no good for anyone.

Next up came Sevilla and a game that was guaranteed to be spicy, pitting as it did Conte’s Spurs against Erik Lamela’s Sevilla. When Spurs new boy Richarlison stepped in to protect Son Heung-min’s honour, the two sides squared up to each other. Brilliantly, Lamela reflexively jumped in on the Spurs side.

Lamela forgot he switched teams and started to back the Tottenham boys😭😭😭 pic.twitter.com/esmE2ytkpg

It was disappointing if understandable that Spurs were legally unable to employ Conte and Lamela at the same time because it would have been just too awesome, but he does feel like the great lost Conteball wing-back of the age.

Elsewhere the niggle has come in more predictable Prem-on-Prem violence. It still feels a bit wrong for Premier League teams to be playing each other in pre-season but again, as with the lucrative overseas destinations, we can understand the appeal.

In Aston Villa against Leeds, we had John McGinn absolutely not-that-kind-of-playering Archie Gray to the hospital with an absurd and wild out-of-control tackle that would have been inexplicable in the heat of a match that actually mattered.

Much of the outrage that followed focused on Gray’s age, which felt simultaneously understandable yet also weird. “He’s just a child!” doesn’t really work if he’s playing first-team football, but at the same time a challenge so unhinged being unfurled on a 16-year-old does feel somehow worse than if it had been another on another gnarled and senior pro. Which all begs the question: “What age of victim is it acceptable to hospitalise in a pre-season friendly?” Which then sounds absolutely mental.

Villa boss Steven Gerrard issued a textbook non-apology for the whole thing in which an earlier (also, admittedly, quite ridiculous) challenge by Gray on Emi Buendia was offered as nudge-nudge justification for McGinn’s actions without flat-out saying as much.

Happily for everyone, Gray appears to have received the best possible diagnosis of NaBaFF which, and I don’t want to bombard you with complex medical jargon here, is of course doctor-speak for Not as Bad as First Feared.

But if a burgeoning rivalry between Aston Villa and Leeds makes some kind of sense as two teams who may potentially occupy similar territory in the Premier League table once the phoney war is over, how then to explain a pre-season frolic between Everton and Arsenal in Baltimore containing as the Liverpool Echo put it ‘genuine needle’?

Something’s gone extraordinarily awry (or, you know, in theory the opposite is also possible, I guess) if they’ve got anything to do with each other this season.

American Arsenal fans still bothering with the effort of booing Dele Alli feels rather quaint and weirdly complimentary to a player whose sad decline means even being seen as worth booing is a shot in the arm of sorts, while on the pitch Yerry Mina appeared to be very hot and bothered and got himself involved in Handbags and Spats with both Gabriel and Gabriel Jesus, perhaps keen to point out that having both these players at the same club is needlessly confusing. For his part Gabriel Not Jesus also got involved with Abdoulaye Doucoure after the Everton man had fouled Granit Xhaka, whose name only cropping up as an incidental to all this feels like the only clue that these are pre-season rumbles not proper ones.

Weirdly, the only pre-season game between Premier League teams that appears to have passed off as proper meaningless pre-season tish and fipsy is the one between Liverpool and Manchester United. The fact the two teams clearly had different ideas for the game perhaps helped, with United clearly further along their pre-season journey than Liverpool and picking a far stronger team. It meant United’s win was met with happiness but also realism, while Liverpool fans easily and correctly shrugged off the defeat and the lack of first-team on first-team action also reduced the needle.

But while we all know we should ignore pre-season results – even if we don’t always manage it – should we similarly ignore pre-season niggle? That feels a bit harder to answer. Certainly John McGinn can expect a bit of a welcome from Leeds when Villa visit Elland Road relatively early in the season, but beyond that should we take anything from this? Is it even actually nigglier than normal? Is it just too hot? It’s certainly far too warm to be answering any questions.