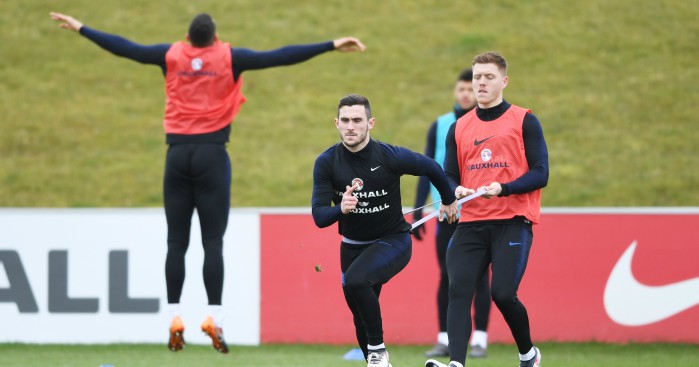 England will reportedly line up against Italy tonight with two debutants in Bournemouth’s Lewis Cook and Swansea’s Alfie Mawson.

That will leave Burnley pair Nick Pope and James Tarkowski as the only members of Gareth Southgate’s squad without a cap.

The Times have taken an educated guess at Gareth Southgate’s line-up and predicted that he will retain Manchester City trio John Stones, Kyle Walker and Raheem Sterling.

Tottenham pair Eric Dier and Dele Alli (the pressure is really on him) come in to join Kieran Trippier, while Ashley Young is the other wing-back.

The pressure will be on Cook and Dier to evade Italy’s high press and supply Jamie Vardy with the ammunition to beat Italy.