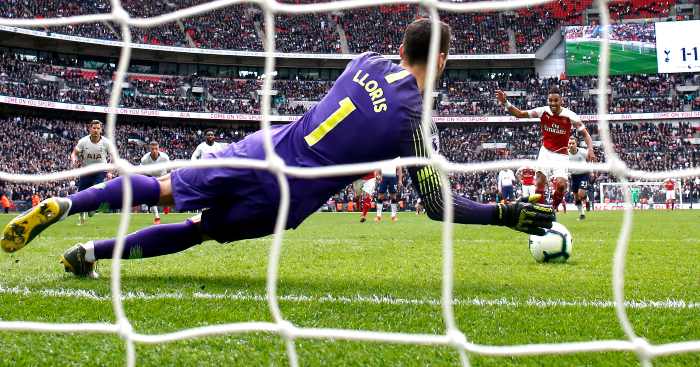 The controversy over VAR leading to retaken penalties at the Women’s World Cup has sparked fears of similar chaos in the Premier League next season.

Scotland and Nigeria suffered after their goalkeepers moved off the line prematurely to keep out spot-kicks against Argentina and France respectively. The offences were picked up by VAR following a law change from June 1 which dictates that keepers must have one foot, or at least part of one foot, on or above the goal-line as the kick is taken.

For years, many goalkeepers tried to gain an advantage by moving forward from their goal-line before the kick is taken. Keepers are coached to dive forward as well as across by taking their final step towards the line of the ball, not just to the side they wish to move.

Some stoppers got away with murder. The Champions League final in 2003 was decided by a shootout, when Dida got halfway towards his six-yard line before Juventus’s Paolo Montero had even taken his saved kick. And there is a precedent from the Women’s World Cup, with Brianna Scurry doing similar in the shootout to help USA win the final in 1999.

“Everybody does it,” she said afterwards. “It’s only cheating if you get caught.” Which goalkeepers now are, even for stepping a few millimetres off their line.

The new law has led to suggestions that keepers will have to change their approach to saving penalties. But it seems they already have.

Generally, keepers are no longer trying to get as close to the kicker as possible, instead trying to wait as long as possible before moving. Many penalty takers caught on a while ago and often waited for the keeper to make their premature move before placing the ball in the opposite direction.

Keepers now wait as long as possible and give away as little as they can in their movement. By staying closer to their goal line, it can offer keepers an extra split-second of reaction time. It also helps keepers leave their trailing leg to block a kick that is placed down the middle.

This approach was reflected in the penalties taken in the Premier League last season. There were 16 saves and under the new rules, you could argue that only two might have been retaken, with Marcus Bettinelli and Jonas Lossl straying marginally away from their goal line to deny Pascal Gross and Aboubakar Kamara.

Even last season, before the new laws were introduced, 87.5 per cent of the penalty saves made would have been legal under the new guidelines. And the Premier League has already said that VAR will not be used to scrutinise keepers’ movements on penalties.

And this is the explanation for making the change… pic.twitter.com/yryiQ9U8CH

Rog lived out the complete panorama of Human Experience in the arc of one penalty kick. Gnawing dread during Pogba's endless run-up. Exhilaration during Pickford’s heroic save. And doom and defeat again as Pogba slapped home the rebound. pic.twitter.com/qdvCAlM1vk