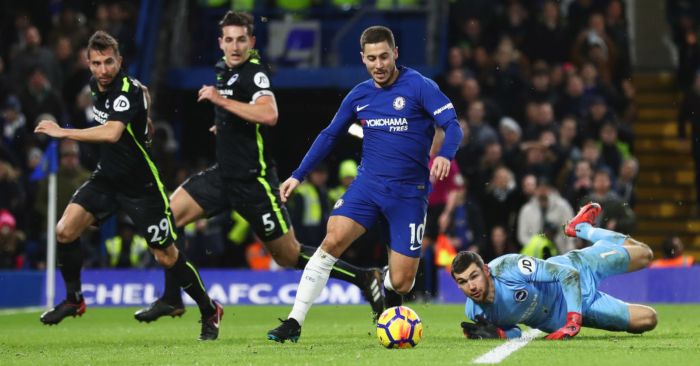 Mat Ryan is relieved that arch-nemesis Eden Hazard “has p*ssed off somewhere else”.

Hazard finally completed his protracted move to Real Madrid this summer for an initial £88m, although the fee could rise to around £150m.

The Belgian came to ‘sum up what is wrong at Chelsea’ – according to strange people – but established himself as one of the Premier League’s best players.

Brighton keeper Ryan is particularly glad to see the back of him, considering Hazard scored four goals and assisted two more in four games against the Australian over the past two seasons.

“I think from the four times I’ve faced him I haven’t saved a shot from him yet,” Ryan told the Fox Football Podcast.

“It’s either been blocked, he’s hit the shot off target or he’s scored a goal.

“It’s a bit of an annoying fact so thank god he’s p*ssed off somewhere else. I put in a nice word to (Real Madrid) for him.

“I would love to have the opportunity to face him again and stop him – that’s my motivation.”