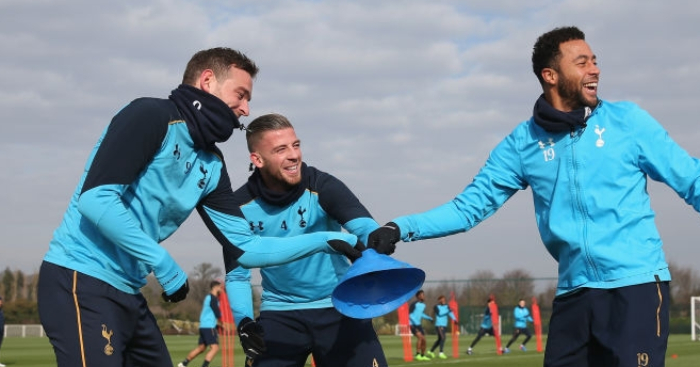 Tottenham are willing to sanction the sale of up to seven players this summer.

Spurs are one of three Premier League clubs yet to make a single signing in the current transfer window, alongside Burnley and Everton.

The north London club are expected to leave their business as late as usual, as they will instead concentrate on cutting the ‘deadwood’ from their squad.

According to the London Evening Standard, Vincent Janssen is among the players looking for a new home.

The striker spent this past season on loan at Fenerbahce, who would be willing to bring him in on a temporary spell again.

But the Standard claim Tottenham ‘would prefer to sell’ the Dutchman, and will include a purchase clause in a loan deal for a player who was omitted from their pre-season squad for the tour of America.

Fernando Llorente is ‘also available for transfer’ after failing to settle, while Toby Alderweireld, Mousa Dembele and Danny Rose ‘are also expected to be sold for the right price’.

Manchester United have been linked with both Alderweireld and Rose, while Chelsea were considering a move for the Belgian earlier this year.

The final two players Tottenham are looking to shed from their squad are Marcus Edwards and Georges-Kevin Nkoudou, who failed to impress on loan at Norwich and Burnley respectively last campaign.