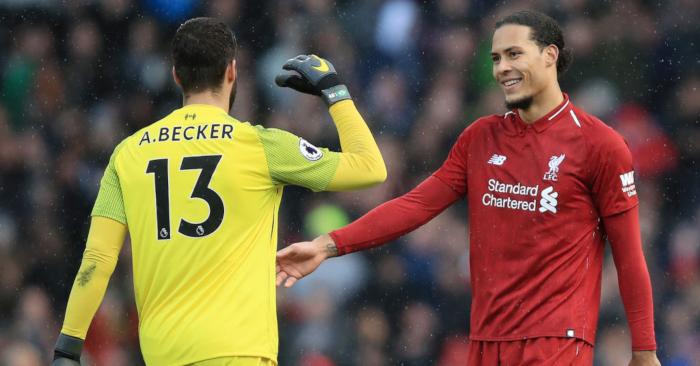 Premier League clubs have the most players on the 2019 FIFA FIFPRO World 11 shortlist.

It is the first time since 2009 that has happened as the top flight in England replaced Spanish LaLiga clubs with the biggest representation on the list of 55 footballers.

Manchester City and Liverpool, both with seven players each from last season, dominated the nominees with the likes of Alisson Becker, Ederson, Trent Alexander-Arnold, Aymeric Laporte, Andrew Robertson and Kyle Walker among the defensive players.

City’s Kevin De Bruyne and Bernardo Silva were the only representatives of the two clubs in midfield while Sergio Aguero, Roberto Firmino, Sadio Mane, Mohamed Salah and Raheem Sterling were among the attackers.

Elsewhere on the list, Tottenham were represented through Christian Eriksen, Son Heung-min and Harry Kane and Chelsea had Eden Hazard and N’Golo Kante included.

More than 23,000 professional footballers voted for the 2019 World 11, selecting 1 goalkeeper, 4 defenders, 3 midfielders and 3 forwards who were the best in their position during the 2018-2019 season.

The 11 players who received most votes in their position earn a spot on the World 11 – which FIFPRO and FIFA will reveal on September 23rd during the Best Football Awards in the Scala in Milan.