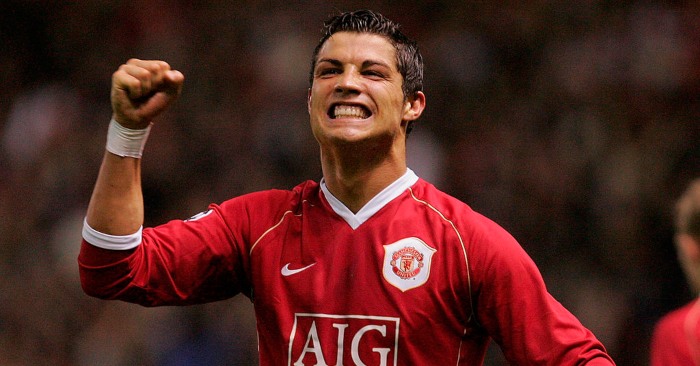 Goalkeeper: Petr Cech
Chelsea’s Petr Cech suffered a terrible head injury during the 2006/07 season after a clash with Reading midfielder Stephen Hunt. Hunt’s knee collided with Cech’s head in the early stages of a match at the Madejski Stadium in the October of ’06. The goalkeeper was out of action until the new year, after having surgery for a depressed skull fracture. Cech would have to wear a head-guard for the rest of his career following the incident.

Right-back: Moritz Volz
In the last round of games before the dawn of 2007, Fulham’s Moritz Volz scored the 15000th goal in Premier League history. The German defender’s strike against reigning champions Chelsea put him in the history books alongside other milestone goalscorers like influential French star Eric Cantona, Brian Deane, Mike Newell and the much-loved Les Ferdinand.

Centre-back: Olof Mellberg
Aston Villa defender Olof Mellberg made the headlines on the first day of the 2006/07 season by bagging the first ever goal at the Emirates Stadium. The Swedish legend almost ruined Arsenal’s day, with Gilberto Silva scoring late on to spare the Gunners’ blushes and avoid a morale-sapping defeat in their new home. Mellberg’s goal also ensured new Villa manager Martin O’Neill got off to a decent start.

Centre-back: David Unsworth
Wigan Athletic’s David Unsworth scored a penalty against Sheffield United under immense pressure to keep the Latics in the Premier League on the last day of the 2006/07 season. Unsworth’s goal was the decider in a 2-1 victory for his side, as Wigan stayed up on goal difference ahead of the Blades, who went down along with Watford and Charlton Athletic.

Left-back: Ashley Cole
Cole’s bitter departure from Arsenal was completed early on in the 2006/07 season, with the London-born left-back making his much-anticipated move to Chelsea. Cole had previously been fined for his part in a tapping-up scandal involving the Stamford Bridge side and later expressed his rage at the Gunners’ contract offer. However, he couldn’t help Jose Mourinho’s side to a third successive title as Chelsea’s 1-1 draw with Arsenal in early May handed Manchester United the title.

On this day in 2006, Ashley Cole made his Chelsea debut as we beat Charlton 2-1 at the Bridge… #CFC pic.twitter.com/8qFvj7OPlo

Right wing: Cristiano Ronaldo
United’s Premier League triumph was largely down to the brilliance of Cristian Ronaldo in the 2006/07 season. The Portuguese star won the PFA and Young PFA Player of the Year awards, scoring 17 league goals as he hit double figures for the first time in his career. He also played a huge part in the Red Devils’ Champions League campaign, with United thrashing Italian side Roma 7-1 in the quarter-finals of the competition. A defeat to AC Milan in the semis prevented an epic final against Liverpool.

Central midfield: Cesc Fabregas
Arsenal’s decline from title-winners to top-four candidates had started to frustrate fans of the club, especially after losing one of their prized assets to reigning champions Chelsea. However, the form of Cesc Fabregas in the 2006/07 season gave the Gunners hope of a revival at the top of the Premier League table, with the young Spaniard dictating the play in the middle of the park. He signed a long-term contract during the campaign and was nominated for the PFA Player of the Year award.

Central midfield: Jon Obi Mikel
Another young star making the headlines was Chelsea’s new signing Jon Obi Mikel. The Nigerian’s arrival at Stamford Bridge came after a long transfer saga involving Manchester United, who had an agreement in place to sign the player originally. United ended up receiving compensation from Chelsea to resolve the issue. Mikel was later involved in a huge fracas in the 2007 League Cup final, getting sent off late in the game against Arsenal along with Kolo Toure and Emmanuel Adebayor.

‘This is Arsenal completely losing it…’

Today on the Chelsea app at 3pm (UK time), we’re showing the full 2007 League Cup final – and it’s fair to say it was a heated affair… pic.twitter.com/EzurAlCmcw

Left wing: Jon Arne Riise
Liverpool stars Jon Arne Riise and Craig Bellamy made the headlines for the wrong and right reasons during the 2006/07 campaign, with Bellamy reportedly swinging a golf club at Riise in the Norwegian legend’s bed after a row had erupted between the two. Both players went on to score against Barcelona in the Champions League, with Riise’s goal winning the match. Liverpool eventually progressed to the final of the competition, losing to AC Milan.

Striker: Carlos Tevez
West Ham signed the Argentine duo of Carlos Tevez and Javier Mascherano during the 2006/07 season, although controversy surrounded the pair following third-party ownership revelations. Tevez scored a vital winning goal for the Hammers against Manchester United on the last day of the season, with the three points keeping West Ham in the league. Sheffield United, relegated on the last day of the campaign with a better goal difference but three points less than West Ham, sought reinstatement to the Premier League, suggesting that Tevez should have been ineligible to play because of the ownership issue.