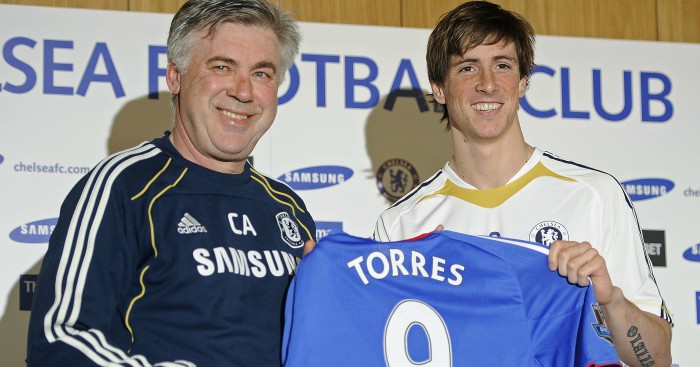 …More stories from times gone by; here are the headliners from the 2010/11 season…

Goalkeeper: Ben Foster
Birmingham City signed England international Ben Foster for the 2010/11 season, with manager Alex McLeish looking to consolidate their position in the Premier League after a top-half finish in the previous campaign. The Blues went on a fantastic run in the League Cup, beating local rivals Aston Villa on the way to the final. They faced a much-fancied Arsenal team at Wembley but Foster put in a man-of-the-match performance to restrict the Gunners to one goal and become the first player to win the Alan Hardaker trophy twice in the process. A late Obafemi Martins tap-in won the cup for Birmingham but disappointment soon followed, with just one point in their last six games of the season. A 2-1 defeat to Spurs on the last day of the campaign left the side in 18th, sending them back to the Championship.

Right-back: Gary Neville
After struggling with numerous injuries, veteran defender Gary Neville made just three appearances in the 2010/11 season before deciding to retire. The Manchester-born right-back was lucky to escape punishment after poor tackles against Stoke City and West Brom, with manager Alex Ferguson substituting him in both games. Neville realised he could no longer keep up with the pace of the game and later admitted he should have ended his successful career earlier.

You know when Gary Neville had that game at West Brom where he knew he was past it. Didn’t have it in him anymore. Well I had my Gary Neville moment in a nightclub last night. Looked around and thought WTF am I doing in here 😂

Just wanted my bed. Hanging up the boots.

Centre-back: Ryan Nelsen
Blackburn Rovers manager Sam Allardyce was sacked in the December of 2010 amongst much controversy, following a takeover of the club by Venky’s. Allardyce had guided the side to a mid-table finish in the 2009/10 season and looked to be consolidating that position when he was dismissed and replaced by first-team coach Steve Kean, who had no previous managerial experience in the top flight. Club captain Ryan Nelsen attempted to keep things together on the pitch and scored against West Ham in Kean’s first game in charge. However, the side went on a run of ten matches without a win and only escaped relegation by four points. The Ewood Park faithful were not impressed.

Centre-back: John Terry
After losing the England captaincy following revelations about his private life, Chelsea star John Terry was reinstated as national team skipper during the 2010/11 season. At club level, the London-born defender led the side to second place in the league but failure to get past the last eight in the Champions League resulted in manager Carlo Ancelotti getting sacked at the end of the campaign, despite winning the domestic double the previous season.

Left-back: Paul Konchesky
Chelsea may have ended the season without a trophy but that was nothing compared to the turmoil on Merseyside during the 2010/11 campaign. Roy Hodgson endured a difficult start to his new job as Liverpool manager, losing games against Everton, Manchester City and Manchester United early on, with Dimitar Berbatov scoring a famous hat-trick for the Red Devils. Left-back Paul Konchesky had played under Hodgson at Fulham and joined up with him again at Liverpool….it didn’t go well. Konchesky became the poster boy for the underwhelming football on display during Hodgson’s reign and was soon on his way out of Anfield after club legend Kenny Dalglish came in to manage to the side.

Right wing: Charles N’Zogbia
Wigan Athletic winger Charles N’Zogbia scored twice against West Ham in the penultimate game of the season to relegate the Hammers and give the Latics an excellent chance of survival going into the final round of fixtures. Demba Ba had put West Ham 2-0 up in the game but an incredible second-half comeback that culminated with N’Zogbia’s extra-time winner sent home fans at the DW Stadium into raptures. A 1-0 victory against Stoke a week later confirmed Wigan’s survival.

Central midfield: Cheick Tiote
An even more incredible comeback occurred at St. James’ Park in the February of ’11. Newcastle United trailed Arsenal by four goals at half-time in a Premier League game, with many Magpies fans still angry over Chris Hughton’s sacking and Alan Pardew’s subsequent arrival as manager. The new boss saw his side come out firing in the second half, pulling three goals back before Chieck Tiote’s stunning long-range strike levelled the match with just a few minutes remaining.

His goal against Arsenal completed one of the greatest Premier League comebacks of all time. ⚽🔥

Central midfield: Yaya Toure
Manchester City continued to spend heavily on players during the 2010/11 season, with Yaya Toure, Jerome Boateng, David Silva, Aleksander Kolarov, James Milner, Mario Balotelli and Edin Dzeko all arriving with large price tags. Ivorian international Toure was the hero come the end of the campaign, scoring against Manchester United in the semi-finals of the FA Cup and then against Stoke in the final at Wembley to give City their first major trophy in 35 years.

Left wing: Gareth Bale
Tottenham’s Gareth Bale picked up the PFA Player of the Year award for his superb performances throughout the 2010/11 season, with the Welsh Wonder making headlines after his stunning hat-trick against Inter Milan in the Champions League. Spurs lost the game 4-3 but beat the Italian giants 3-1 a couple of weeks later, with Bale providing the assists in a man-of-the-match display. Spurs conquered Milan again in the second round, defeating AC to reach the quarter-finals. Real Madrid, Bale’s future club, ended the side’s European dreams.

Striker: Fernando Torres
Chelsea broke the British transfer record with the signing of Liverpool striker Fernando Torres in the January of ’11.  The Spaniard endured a nightmare debut as he immediately faced off against his old side and failed to find the net in a 1-0 defeat. It took Torres 732 minutes to score for his new side, with his goal against West Ham proving to be his only strike for Chelsea in the 2010/11 season. Andy Carroll, Torres’ replacement at Liverpool, became the most expensive British player of all time after his move to Anfield.

Striker: Wayne Rooney
Manchester United fans were in a state of shock early on in the 2010/11 campaign as star striker Wayne Rooney asked to leave the club following doubts over the club’s ambitions. By the end of the season that shock had turned to awe after the Merseyside-born striker scored the goal that gave the Red Devils a record 19th league title, overtaking Liverpool’s total of 18. Rooney signed a new contract after talks with Alex Ferguson and he went on to score an incredible bicycle-kick in United’s 2-1 victory over local rivals Manchester City as well as finding the net in their 3-1 defeat to Barcelona in the Champions League final.