Who takes home the Somen Tchoyi Award For Hat-Trick Scorer You Definitely Forgot Award, then? 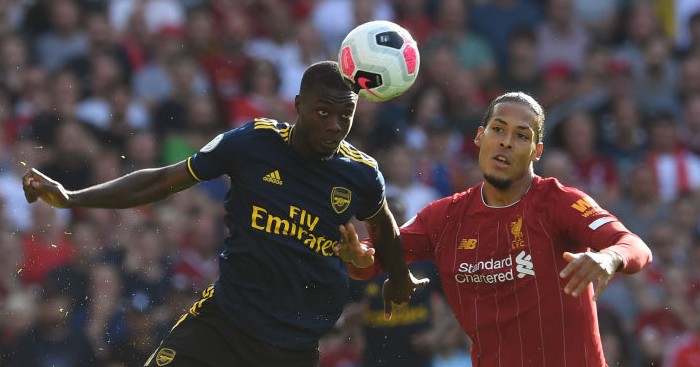 We have had the Premier League season winners and losers. Time to get leathered at the awards do.

Henderson of the Year
Stephen. He didn’t play a single minute but made the bench six times for Crystal Palace this season. Well deserved.

Young Player of the Year
Ashley, who finally moves level with Luke on seven awards in his last eligible season.

‘*That’s* Why You’re Not A Manager’ of the Year
“I am sick to death of this goalkeeper. I would be fining him at half-time, there is no getting away from that. I would be swinging punches at that guy. That is a standard save for an established international goalkeeper. I am flabbergasted. Maguire, and De Gea, I wouldn’t even let them on the bus after the match. Get a taxi back to Manchester.”

Question of the Year
“Anybody know who I can talk to about the Government food voucher scheme?”

The Lifetime Achievement Award For Trying To Teach Fans Not To Panic About Pre-Season Results
Liverpool, who combined signing no-one with three wins, three defeats and a draw last summer. There was panic.

Save of the Season

The Impeccable Timing Award
The phenomenal Peter Goldstein, for writing this eight days before Leicester broke the record for biggest away win in Premier League history.

Revelation of the Year
A 39-year-old Michael Owen revealing he didn’t have a bank account until he was 38.

Bully Award (most fouls without being fouled)
Martin Kelly (8).

The Give As Good As You Get Award
Ashley Westwood, who both committed and suffered 33 fouls.

The Filippo Inzaghi Award
Chris Wood, for being offside 35 times.

Most Pointless Statistic of the Year

50 – Nicolas Pepe has become the first player to successfully dribble past Virgil van Dijk in the Dutch defender's last 50 appearances in the Premier League, since Mikel Merino in March 2018 for Newcastle. Beaten. pic.twitter.com/B1oRZMciOB

The Banter Award
Newcastle, for signing a £40m striker and finishing the season with Jonjo Shelvey as their top scorer.

Transparent Pandering Award
The Glaswegian living in Lancashire who said “it feels great to be home” upon being appointed West Ham manager in December.

The Asda Delivery Award For Most Unsuitable Substitutes
Duncan Ferguson, who was in charge of Everton for four games yet still managed to substitute a substitute in two of them.

The Nosebleed Award
Once again goes to Conor Coady for playing every minute of the season for Wolves and having fewer shots (zero) than Dean Henderson, Kasper Schmeichel and Ben Foster (all one).

The ‘Coming Over Here And Taking Our Jobs’ Award
Wolves, for becoming only the fifth team in history to go an entire English league season with no English goalscorers. Sake, Conor.

The Gone In 60 Seconds Award
Akin Famewo and Jordan Thomas can share it for both playing just one Premier League minute all season.

Norwich, if you were wondering.

The Gone In 60 Minutes Award
Dimitri Foulquier, whose 58 Premier League minutes for Watford consisted of two substitute appearances and a start against Manchester City in September. He was substituted after 33 minutes with the Hornets already losing 5-0. It’s a wonder they were relegated.

Passive-Aggression of the Year

🗣| Pep Guardiola to the officials: