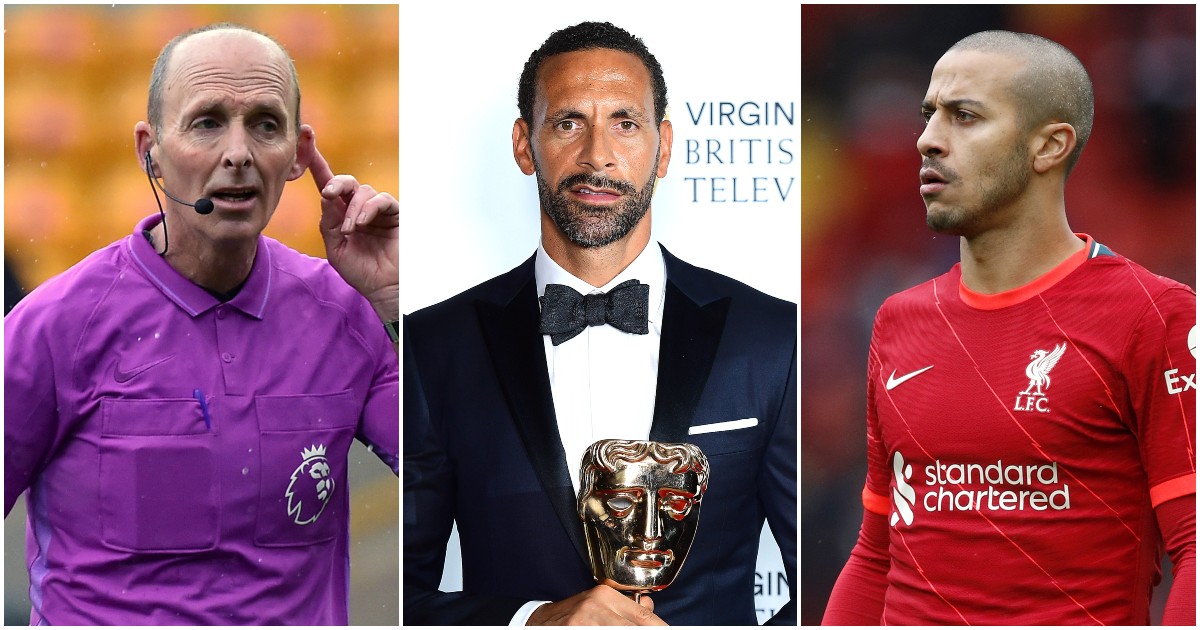 We have had the Premier League season winners and losers. Time to get leathered at the awards do.

Player of the Year
Harry Kane.

Young Player of the Year
Brad, the 18-year-old forward who failed to make a Premier League bench but did play for Aston Villa in the Papa John’s Trophy and got half an hour when the kids had to face Liverpool in the FA Cup, using that time to roulette Xherdan Shaqiri in his own penalty area.

Do you think last week Brad Young thought he'd be doing a roulette past Shaqiri in the #EmiratesFACup?

In his own box, too 👀 pic.twitter.com/gmtp9BPvLa

Manager of the Year
Alan Irvine. West Ham only won two of their opening seven games and they both coincided with their assistant manager taking charge while David Moyes self-isolated. Extrapolate that form from those two matches under Irvine over a whole season and their record would have been: P38 W38 D0 L0 F133 A0. A wasted opportunity.

Ben Davies of the Year
Ben Davies. No, the other one.

The Somen Tchoyi Award For Hat-Trick Scorer You Definitely Forgot, Sponsored By Sporcle
Chris Wood can have it on Mondays, Wednesdays and Fridays. Patrick Bamford can have it on Tuesdays, Thursdays and Saturdays. Mo Salah can take it to Liverpool on Sundays for scoring his only hat-trick on the opening day.

Bully Award (most fouls without being fouled)
Benjamin Mendy (14).

The Give As Good As You Get Award
Mason Holgate, who both committed and suffered 29 fouls.

The Chaotic Evil Award
Mike Dean, who issued both the most yellow (91) and red cards (8) of any referee despite three officials taking charge of more matches and three others doing as many.

The Lawful Good Award
Andre Marriner, who refereed as many games as Dean (25) but issued 59 yellow cards and one red by comparison.

The Filippo Inzaghi Award
Jamie Vardy, whose permanent existence on the shoulder of the last man resulted in him being caught offside 36 times. Sadio Mane (31) and Ollie Watkins (31) both befell the linesman’s flag more often than Timo Werner, who was level with Marcus Rashford on 27.

Offside Trap of the Year
Manchester United against Demba Ba and Istanbul Basaksehir in November.

Runner-up is Brentford against Bournemouth and Arnaut Danjuma in the play-off semi-final second leg.

The ABC Award
Alexandre Jankewitz, who managed to include one start in his two appearances and still play just three minutes all season.

Virgil has passed away. RIP u will live on forever. Cant believe it. I wanna run to u. Really cant believe this. @ pic.twitter.com/6C2QmcwZXV

The Giver Award
Percy Tau, who created the most chances (3) without having a single shot.

The Taker Award
Liam Cooper, who had the most shots (15) without creating a single chance.

The Marksman Award
Andre-Frank Zambo Anguissa, who had the most shots without scoring (34). He is the anti-Alisson. And we should have seen it coming.

0/56 – André-Frank Zambo Anguissa 🇨🇲 is the player with the most shots attempted without scoring once in Ligue 1 in the 2010s (56 shots, 0 goal). Stands.#Opta2010s pic.twitter.com/tVTwshZRcj

Failed Power Grab of the Year
Sit down, European Super League. This one goes to PROJECT BIG PICTURE.

The Definition of Insanity Award
Southampton, for their unshakeable faith in deploying a high defensive line against Tottenham in September.

The Numberwang Award, Sponsored By Brian Fantana
“I think it’s the first time in the Premier League that we put in 33 crosses. I’m telling you that if we do that more consistently we are going to score more goals. If we put the bodies we had in certain moments in the box, it’s maths, pure maths and it will happen” – Mikel Arteta, December 2.

Arsenal have more Premier League points per game than every team bar Manchester City since that second quote, so who is the fool here?

Advice of the Year
“Whether the Geordies don’t like it… a lot of them hate him and don’t like him but… round your money up and take over the club then” – Rio Ferdinand.

Lockdown Content of the Year
This is what happens when you cancel Christmas at the last minute.

Clarification of the Year
“I always get food, I can assure everyone about that” – Noah Solskjaer.

If Bielsa is the genius his fawning acolytes among my old media mates believe, shouldn’t he have mastered a bit of English in 27 months?