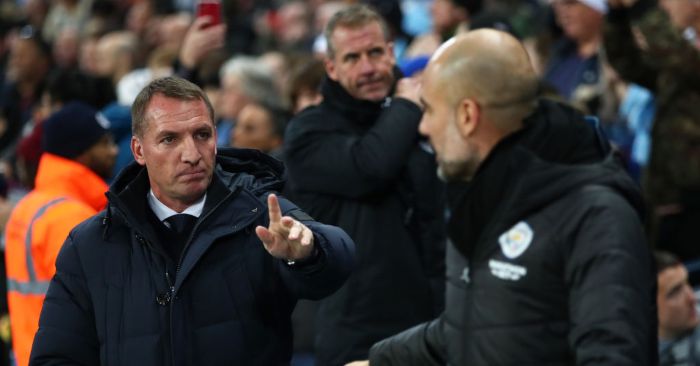 Leicester will give Liverpool the chance to go 25 points clear atop the Premier League by beating West Ham on Monday.

Chelsea v Tottenham
Jose Mourinho heads back to his old stomping ground this weekend and even though Tottenham have some depressing injury concerns I just can’t have Chelsea at odds-on. They’ve only won two of their last seven league games at Stamford Bridge and Spurs know a win puts them back into the top four. Tottenham have won their last three in the league and recently beat Manchester City, so 7/2 quotes look worth tickling.

Burnley v Bournemouth
Burnley are targeting a fourth win in five matches and given they’ve beaten Leicester and Manchester United during that period, they look must-bet material here at odds-against. Was quite depressed watching The Brits the other night and not knowing who any f**ker was bar Tom Jones. Shows I’m getting old, I guess, and no longer in touch with da yout. Fair play to that Lewis Capaldi mush though for accepting his award while tanning a bottle of Buckfast. To the uninitiated, Buckfast is a tonic brewed by French Monks in Devon with almost supernatural powers of destruction. When living in Leeds an old housemate of mine, on a weekly basis, used to use the following call to arms before starting a fight, getting arrested or exposing his member to an unsuspecting Yorkshire public.

“A bottle of wine and I feel fine, here we go it’s hammer time.”

Crystal Palace v Newcastle United
It’s seven without a win for Palace and as a result Roy Hosgson is now the 7/2 jolly in the ‘Next Premier League Manager to Leave’ market. Newcastle have been pure muck of late but can we really trust the Eagles at odds-on? Like s**te.

Sheffield United v Brighton
The Blades have their eyes firmly fixed on the top four/five. Isn’t football f**king beautiful? And before you say anything, if they can put Donald Trump in the Whitehouse they can put Billy Sharp in the Champions League. A third successive victory for Sheffield United would take them up to fifth and they should be backed to get it against a Brighton side who don’t travel well.

Southampton v Aston Villa
Villa have taken just eight points from 13 games on the road and I’d rather hack off my own relics with a butter knife than bet on them here at 4/1. Villa’s last six games have featured 23 goals and they can’t buy a clean sheet at the minute. Expect Southampton to be organised and in Danny Ings they have a real match winner.

Leicester City v Manchester City
Manchester City have lost two of their last three away Premier League games against Leicester, who look a tempting price on Saturday night. It’s been a rough few weeks for the Citizens, who go to the Bernabeu next Wednesday, remember, for a do-or-die clash with Real Madrid. Pep Guardiola’s men have dropped points in four of their eight away games since November and with this in mind the Foxes could be a bet here at 7/2 at what’s sure to be a rocking King Power.

Manchester United v Watford
Some thoughts. This is a must-win game for the Red Devils. I think being in love with life is the key to eternal youth. Bruno Fernandes is a proper player. The two enemies of human happiness are pain and boredom. Watford will score.

Betting: Manchester United to win and both teams to score at 5/2 (Paddy Power)

Wolves v Norwich
Wolves have scored just six goals in their last seven league games so those fond of a heavy, barely-researched lump on an odds-on shot should beware before piling in at 1/2.

Arsenal v Everton
The Toffees have lost just once in nine league matches under Signor Ancelotti. Ancelotti the philosopher: “It’s funny, if you ask a player, ‘Who are you?’, They say, ‘I am a football player’. “No, you are a man that plays football.” There is literally nothing left to say.