Cheeky Punt loves the looks of Dominic Calvert-Lewin and Pedro Neto, but Kai Havertz has his eye. 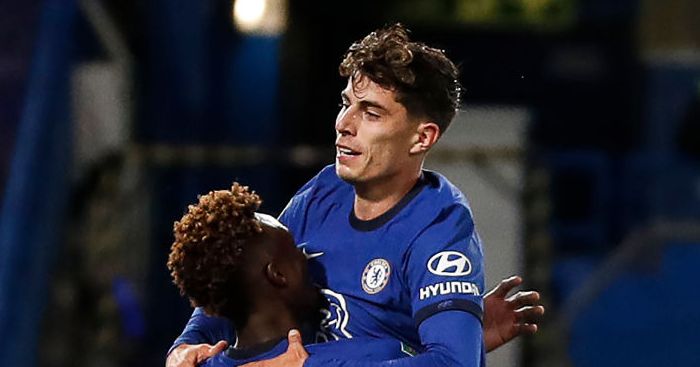 Brighton v Manchester United
Brighton were good value for their 3-0 win at Newcastle and can cause the Red Devils real aggro on the south coast if they try and put Ole’s men on the back foot from the start. The Seagulls have lost only one of their last five matches and look a big price at 7/2. You can get even money about Brighton or the draw, which looks decent. Manchester United’s difficulty in selling squad players has been a large part of their frustrating summer, and they look at least three players short at the moment of a side capable of challenging for the title.

Crystal Palace v Everton
The Toffees are unbeaten in their last 11 against Palace but both sides have made strong starts to the 2020/21 campaign. Dominic Calvert-Lewin has been on fire so far, and the youngster has seemingly mastered the art of scruffy finishing under Carlo Ancelotti. I must admit I didn’t think DCL was up to the task of leading the line in the Premier League. It takes a big man to admit he was wrong. However, it takes an even bigger man to wax the eyebrows of a giraffe.

Betting: Calvert-Lewin to score first at 4/1 (Paddy Power) – Odds may fluctuate, accurate at time of printing

West Brom v Chelsea
It’s been a pure sh*t show for West Brom to this point and another hefty defeat looks on the cards when Chelsea come to town this weekend. The Baggies have shipped eight goals in two matches and while it’s easy to make a case them scoring against the Blues, they simply won’t be able to cope at the other end. Kai Havertz’s composure in front of goal is borderline kinky, and you can get 50/1 about him following up his midweek hat-trick against Barnsley with another treble here.

Betting: Havertz to score a hat-trick at 50/1 (Paddy Power) – Odds may fluctuate, accurate at time of printing

Burnley v Southampton
Southampton were decent on their travels last season and will want to bounce straight back after that 5-2 shellacking against Spurs. They are 13/10 for the win here and that’s not a bad shout against a bang average Burnley. A girlfriend once told me in a text she liked it rough, so in my innocence I took her to a Wetherspoons in Burnley. Suffice to say we are no longer an item.

Betting: Southampton to win at 13/10 (Paddy Power) – Odds may fluctuate, accurate at time of printing

Sheffield United v Leeds United
A first Yorkshire derby since 2001, this, and I fancy Leeds who will be buoyant following their 4-3 victory against Fulham last time out. The Blades have been on a bit of a naughty run that can be traced back to June, and look booked in for a winter of discontent. For some reason the market still has not caught up with Leeds and their goal-laden start to Premier League life. That’s not our issue of course so if you want to do something really useful with your time this weekend then by all means get conkers deep on Leeds.

Tottenham v Newcastle United
This government has recently warned against making needless journeys. So on the evidence of that shocker they threw in against Brighton I’m not even sure if Newcastle should be travelling to London on Sunday. Spurs will be confident after that 5-2 canter at Southampton and can blitz a Toon side who shipped an average of 1.95 goals per away game last season. Quote of the week goes to a Newcastle friend of mine at work who I asked on Tuesday whether Bruce was the man to take them forward? “If he was on fire and I had a glass of water… I’d glass him.” Preach.

Betting: Tottenham to win 3-1 at 9/1 (Paddy Power) – Odds may fluctuate, accurate at time of printing

Manchester City v Leicester City
Leicester have started brilliantly and are scoring goals for fun. The Foxes have won a couple of times at the Etihad, too, so value seekers might be getting their knickers in a twist over current 8/1 quotes about the away win. Not me, though. I fancy Pep Guardiola – fashionista, style icon and all-round good guy – to get his tactics bob on here and steer the Citizens to a big three points. And it doesn’t hurt that Man City have scored at least two goals in each of their last 11 Premier League games.

Betting: Manchester City to win & Over 3.5 goals at 7/5 (Paddy Power) – Odds may fluctuate, accurate at time of printing

West Ham v Wolves
The Hammers, despite losing to Arsenal, offered their fans a bit of hope that this season might not be the absolute disaster many are predicting. That said, I fancy Wolves big time. Some say that home advantage is becoming less relevant in the Premier League since fans aren’t allowed into stadiums, and it’s a fact that there have been more away wins than home wins in the opening two game weeks. I’ve been impressed by young Pedro Neto too, you know. Twenty years old and getting his games regularly in the Premier League. Can you imagine? When I was 20 I was still throwing myself round my mam and dad’s back bedroom while watching Eurotrash and had a conviction off the Feds under the 1991 Football Offences Act for running on the pitch at Bootham Crescent and showing my arse. Levels.

Betting: Neto to score anytime at 11/4 (Paddy Power) – Odds may fluctuate, accurate at time of printing

Fulham v Aston Villa
Big game, this. Fulham need points on the board after back-to-back defeats while Villa are aiming to continue their perfect start to the season. Fulham have won their last two against the Villa so without any real conviction I’ll be having a few P’s on them here at 15/8.

Betting: Fulham to win at 15/8 (Paddy Power) – Odds may fluctuate, accurate at time of printing

Liverpool v Arsenal
Arsenal have claimed maximum points so far but face an acid test at Anfield against the champions. The Reds sent out a massive statement to the chasing pack during that 2-0 win over Chelsea, and for me they remain the team to beat this season. Jürgen Klopp’s mercurial red machine finished 43 points better off than the Gunners last season, who have not won at Anfield since 2012. It should be fun to watch, with Klopp muttering “Who’s the Daddy?” under his breath in that distinctive German twang at full-time as he elbow bumps Mikel Arteta.