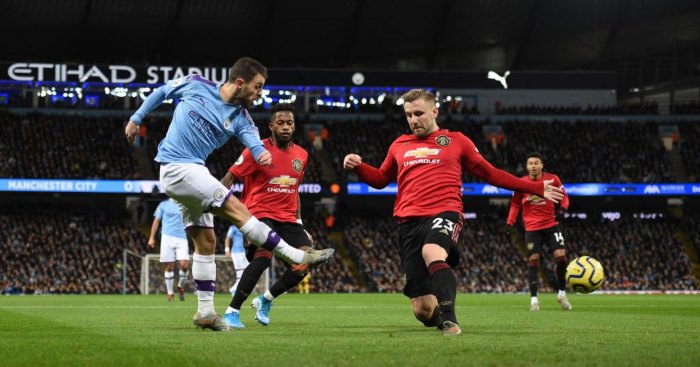 Liverpool v Bournemouth
Naughty auld week for Liverpool. After suffering their first Premier League defeat of the season at Watford last time out they were then bundled out of the FA Cup by Chelsea. No ‘Invincibles’ and no treble to rival Manchester United’s stunning effort in 1999, I’m afraid. Reds fans won’t be that arsed I don’t think, as long as their team deliver an acceptable first top-flight title since 1990. They should beat Bournemouth, but after shipping seven goals in their last three matches I can definitely see the Cherries grabbing a consolation.

Arsenal v West Ham
It’s actually illegal how many times I’ve backed Pierre-Emerick Aubameyang to score first this season and he’s let me down. But someday, folks, someday is my favourite day of the f***ing week! He’s 13/5 to notch first against the Hammers and that’s big enough. Despite Arsenal’s obvious struggles this season Auba has still managed to plunder 17 goals in 25 games, while West Ham have conceded 15 in their last six league games.

Crystal Palace v Watford
Palace have failed to beat the Hornets in any of their last five attempts. And if Nigel Pearson’s men play anything like they did against Liverpool last time out they win this. One thing is troubling me, though, and that’s how many ugly people are walking about with new veneers? Seriously, it’s like putting alloys on a wheelie bin.

Sheffield United v Norwich City
Only Liverpool have a better defensive record than the Blades this season, while the Canaries have scored just six away goals so far this season. With this in mind, Sheffield United to win to nil here just oozes sex.

Southampton v Newcastle United
The Toon have been a bit of a bogey team for Saints, who’ve failed to beat them in any of their last five meetings. However, Steve Bruce’s side couldn’t hit a cow’s arse with a banjo in the league at the minute. They just aren’t scoring enough goals and this could be surprisingly comfortable for the hosts. Anyone see that Tyson Fury documentary recently on ITV? Honestly, John Fury grabbing his crotch and shouting, “That’s what comes out of these balls” after being filmed watching Tyson’s first knockdown vs Deontay Wilder is the greatest couple seconds of television I think I’ve seen since Kevin Keegan’s head fell clean off during the 1996 title run-in.

Betting: Southampton to win both halves at 7/2 (888sport)

Wolves v Brighton
Wolves will go level with fourth-placed Chelsea if they can record a third straight Premier League win, and they’ll surly get it against a Brighton side yet to win in the league at all this decade. Put simply, Wolves are a better team than Brighton. Even a blind man on a galloping horse can see that.

Burnley v Tottenham
Burnley look must-bet material here, even though their odd have been trimmed from an opening show of 9/5 with some firms. They’ll have have had a free week to prepare for this and are unbeaten in their last six. Spurs, meanwhile, are in the midst of a terrible run. Three defeats in a row before Wednesday’s FA Cup exit to Norwich means the pressure is now firmly on Jose Mourinho. The Portuguese might still be box-office but his marmite personality, allied to tactics that are somehow now starting to feel outdated and stifling, are sending Spurs backwards. And fast.

Chelsea v Everton
Frank Lampard’s Chelsea could lose their grip on a top-four spot if they fail to beat Everton this weekend. And if I’m honest I just don’t see how they are odds-on shots here. Dominic Calvert-Lewin has been an absolute star for the Toffees so far this season and has established himself as one of the first names on the team sheet under manager Carlo Ancelotti. 15/2 on DCL to score first at the Bridge? Yes please.

Man Utd v Man City
It’s the 182nd Manchester derby on Sunday and right off the bat we know that in the three derby games that have been played this season, Ole Gunnar Solskjaer’s side have proven themselves to be more than a match (two wins and one defeat) for Pep Guardiola’s men.

The midfield battle between Fred and Rodri should be intriguing. In City’s last home match against West Ham, Rodri broke the record for the most successful passes in a Premier League fixture. But Fred has really come alive in recent months after a dodgy start to life in England. It should be a cracking game but City look short at 4/6 and that’s without factoring in that Kevin De Bruyne is an injury doubt, having missed their midweek FA Cup win at Sheffield Wednesday. The Citizens have played a lot of football over the past few weeks and with their focus surely now on Europe, an in-form Man Utd can keep the pressure on Chelsea for a top-four finish by claiming the spoils here. Just.

cheeky punt
Your browser is out-of-date!