Cheeky Punt has finally lost it completely and backed Ben Mee to add to his four Premier League goals. 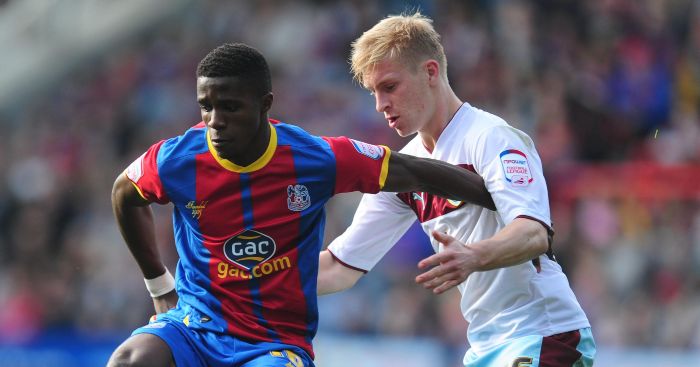 OK, I’ll say it. The international break was terrible and nobody gives a flying f**k about these friendlies. It just feels like too long in the wilderness. But we are back in business this weekend with the first Merseyside derby of the new season. The Toffees are top of the pile after four wins from four games while the Reds come into this one after that mad 7-2 shellacking against Aston Villa. Dominic Calvert-Lewin is in outrageous nick and will be a popular first goalscorer pick on Saturday. Don’t get too excited though. The last three Premier League meetings between these teams at Goodison Park have finished 0-0.

Chelsea will at last be able to call on the swanky, sultry skills of Hakim Ziyech in a Premier League match when they face Southampton on Saturday. This boy is the real deal and can help the Blues to a comfortable win here against a Saints side who have been very hit and miss so far.

One for the purists here as Pep Guardiola and Mikel Arteta renew hostilities at the Etihad. The Citizens have been very unlucky with injuries so far but I suppose it doesn’t hurt that Sergio Aguero, John Stones and Ilkay Gundogan all took part in training sessions over the international break. City’s defending has been all over the place in their first few games and while another upset can’t be ruled out (the Gunners are chalked up at 11/2) it’s more likely the hosts find a way to claim a welcome three points after another breathless encounter.

Betting: Manchester City to win & both teams to score at 7/5 (Paddy Power)

Huge game this. The Toon have won two of their last three Premier League home matches against Man Utd, who simply have to come out swinging after that 6–1 home reverse to Tottenham. Two defeats in three for Ole’s firm, 11 goals conceded and another scatty sesh late doors in the transfer window has left Solskjaer as the 2/1 market leader to be the next Premier League manager to leave their post. Which is mad. They are 8/13 to win here. Which is also mad. Harry Maguire is a capable centre-back. But he’s suffering a crisis of confidence at the minute and no team who defends as badly as Man Utd should ever be 8/13. Ever.

These two have played eight games so far and between them don’t have a point to scratch their arses with at time of writing. I just cannot have the Blades at 11/10 so with no conviction whatsoever will tip up the away win at a much more acceptable 11/4.

The swashbuckling Wilfried Zaha has scored six goals against Brighton in all competitions, more than he has against any other opponent, and so there’s much to like about the 13/2 being offered on him scoring first on Sunday. Both teams have been poor recently but Big Wilf could prove the difference here.

Tottenham to win and both teams to score is 11/10. Put simply I have no objection to this proposal. Son Heung-min, with his six goals and one assist from four bloody matches, could be Tottenham’s darling again. But don’t sleep on young Jarrod Bowen, a player West Ham fans are rightly getting their knickers in a twist over after a fine start to the 20/21 campaign.

Betting: Tottenham to win & both teams to score at 11/10 (Paddy Power)

Is Gareth Southgate now not just Unai Emery in a waistcoat (with a lot less hair gel and Europa League winner’s medals)? Why is he loading this England team with right-sided defenders? And why won’t the big sausage play Jack Grealish? ‘It drives them all mad in the end,’ said Brian Glanville, the great football writer of yesteryear, of England managers and my patience is starting to wear a bit thin with Mr Southgate. My hunch is Grealish, a player at the very peak of his powers, sticks his metaphorical fingers up at the England boss on Sunday by helping Villa fly out of the traps at the King Power.

With just four goals in 166 Premier League games I might get laughed at here, especially given he has been out for ages through injury, but I fancy Ben Mee to score first against the Baggies. It’s been a tough start for Sean Dyche as injury has decimated his first-team squad, but several key players are on their way back and I’ll have a tickle on the Mee-Meister here at 40/1. Filthy toe poke through a crowded penalty area following a corner please, Ben. And if he’s not fit enough to start, punters will get their money back and be able to buy a nice sandwich.

Leeds have been a revelation so far and I’m all over the 29/20 about them beating Wolves. Leeds have taken seven points from the first four matches since returning to the top flight and are purring under Marcelo Bielsa. Wolves have been a tad more erratic, especially on their travels, and I am still struggling to forget their absolute s**t show of a performance after lumping on them to beat West Ham the other week.