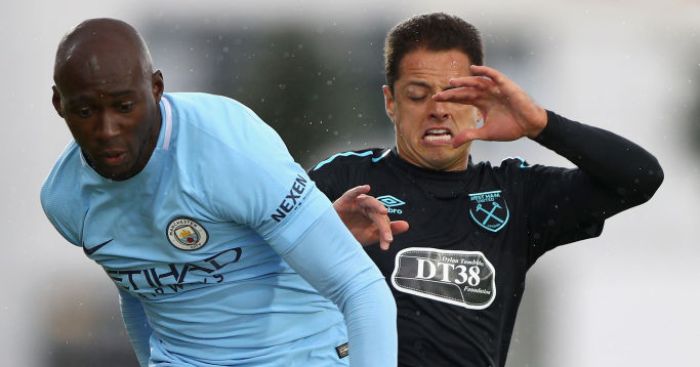 Some are obvious. Good morning to Eliaquim Mangala and Fernando Torres. But good luck guessing Burnley’s. Here are the players signed by current Premier League clubs but sold for the biggest deficit. We have discounted those who left at the end of their contract.

Arsenal – Lucas Perez (£17.1m in summer 2016 to £4m in summer 2018)
He came, he saw, he had his shirt number given to Alexandre Lacazette, he scored Arsenal’s most recent Champions League hat-trick and the last by a Spaniard for any club, and then he left for West Ham. It was quite the rollercoaster two years, which is to say there were plenty of height restrictions and it was a waste of money and time. Maybe listen to Francis Cagigao in future, guys?

Aston Villa – Ross McCormack (£12m in summer 2016 to free in summer 2019)
There were marginally more words (27) in the statement Aston Villa used to announce the release of Ross McCormack in June 2019 than there were appearances by the Scot (24) over three bizarre years. He was signed by Roberto Di Matteo, clashed with Steve Bruce over a faulty electronic gate at his home and was further marginalised by Dean Smith to the point that when he was let go upon their promotion – and automatic pay rise – last summer, his last game had come in September 2017. McCormack has remained a free agent since, using his time wisely by tempting Jack Grealish out of self-isolation last month.

It is 615 days since Ross McCormack last played for Aston Villa, today his wage went up to £70k a week for the last year of his contract due to their promotion, good work if you can get it…

Bournemouth – Max Gradel (£7m in summer 2015 to £1.8m in summer 2018)
The Bournemouth that Max Gradel played for across two loan spells in 2007 and 2008 was rather different to the side he joined in 2015. The Cherries had swapped League One for the Premier League and wanted to make a statement. The winger unfortunately suffered a long-term knee injury within his first month in the top flight and never really recovered thereafter, starting 13 games in all competitions before weighing up his options. What had he got? Toulouse.

Burnley – Rouwen Hennings (£2.2m in summer 2015 to free in summer 2017)
Don’t even get started on the four starts Rouwen Hennings made for Burnley. What an emotional journey they were. The 2015/16 Championship title winner is currently behind only Robert Lewandowski, Timo Werner, Jadon Sancho and Robin Quaison in the Bundesliga top scoring charts.

Chelsea – Fernando Torres (£50m in winter 2011 to £2m in winter 2015)
If you judge Fernando Torres on his collection of silverware at Chelsea it really is quite difficult to argue with a Champions League, Europa League and FA Cup, as well as the European Championship with Spain as Golden Boot winner. But having his former British record price almost completely wiped out within four years sums up the reality of his rigours at Stamford Bridge. Jamie Carragher “couldn’t believe it” when the Blues paid that money and he was certainly not alone.

Crystal Palace – Jordon Mutch (£4.75m in winter 2015 to free in winter 2019)
The term ‘mixed bag’ feels appropriate when viewing Crystal Palace’s January 2015 transfer window in hindsight. Alan Pardew brought in Wilfried Zaha and Pape Souare but they were joined by Shola Ameobi, Kevin Doyle, Yaya Sanogo and Jordon Mutch, who had finished bottom of the Premier League for two different clubs in consecutive seasons. It went so well that the club simply decided to release him when he entered the final six months of his initial deal.

Ex-Crystal Palace midfielder Jordon Mutch has joined South Korean side Gyeongnam FC – does look like he’s doing a boxing press conference ahead of his bout with the mascot, mind pic.twitter.com/lRWiisagX6

Everton – Davy Klaassen (£23.6m in summer 2017 to £12m in summer 2018)
The midfielder once seen as “an anomaly” by Sam Allardyce – “If I had the opportunity to play him I would, but I haven’t because I’ve got to win” – recalled last year how he only “had two or three talks” with the manager at Everton. No wonder Davy Klaassen “never had the feeling I had any chance to play” after a brief couple of weeks in the spotlight under Ronald Koeman. Marco Silva saw no use for the Dutchman either and soon flew him off to Werder Bremen.

Leicester – Leonardo Ulloa (£8m in summer 2014 to unknown in summer 2018)
It might be that Leicester took a bigger hit on £6.3m signing Yohan Benalouane when they let him join Nottingham Forest in January 2019. But Leonardo Ulloa was the one-time record signing with an equally unknown parting fee so he gets the nod. He packed a Premier League winner’s medal in his luggage when sorting out his belongings to take to Pachuca a couple of years ago.

Liverpool – Andy Carroll (£35m in winter 2011 to £15m in summer 2013)
The mistake had pretty much been acknowledged by the point Liverpool accepted West Ham’s offer of less than half of what they paid for Andy Carroll. The Reds wrote off that same figure when letting Lazar Markovic join Fulham for free last January. Only one of those players started at the Bernabeu. Or was “a class above” in an U23 friendly against Crewe.

Manchester City – Eliaquim Mangala (£42m in summer 2014 to free in summer 2019)
Those who suggest that football clubs struggle with comedy would do well to remember that Manchester City extended Eliaquim Mangala’s contract in March 2019 to protect his value, then let him go for free five months later. Valencia were the poor saps who adopted him; they have kept no clean sheets, won one and lost two of his four La Liga starts. But how many other players have featured for Everton and won a Premier League title in the same season?

Manchester United – Dimitar Berbatov (£30.75m in summer 2008 to £5m in summer 2012)
Only a fool would argue that the loss Manchester United made on Dimitar Berbatov was anything more than superficial. They signed a 27-year-old after realising their annoying little brother wanted to play with him first, then won two Premier League titles with him effortlessly leading the way. The non-world-class Bulgarian also reached a Champions League final and shared a Golden Boot but could not resist the lure of Aaron Hughes and Steve Sidwell when Fulham came calling.

Newcastle – Laurent Robert (£9.5m in summer 2001 to free in winter 2006)
Lest we bloody well forget indeed. The victim of Santiago Munez’s ruthless appropriation, Laurent Robert was a joyous presence in that wonderful Newcastle side at the turn of the millennium, but clashed with Graeme Souness often enough to be fined on his way to a Portsmouth loan in summer 2005, before departing permanently by joining Benfica that January.

Norwich – Ricky van Wolfswinkel (£8.5m in summer 2013 to £540,000 in summer 2016)
It all started so well. Ricky van Wolfswinkel scored on his long-awaited Norwich debut after joining in a deal that had been agreed in March 2013, before the Canaries had even guaranteed Premier League promotion. But he netted again just once thereafter, in a League Cup second-round tie in August 2015, as Van Wolfswinkel turned out not to be the dog’s b*llocks. A return to Vitesse garnered an immediate 20-goal season. Bloody Eredivisie.

Sheffield United – Darius Henderson (£2.7m in summer 2008 to £1m in summer 2011)
The thought was there, as Sheffield United handed Darius Henderson a four-year contract to sweeten his Watford departure. With a quarter of that deal remaining, he was shifted off the Bramall Lane wage bill and onto Millwall amid financial difficulties for the League One Blades. They never did recover.

Southampton – Dani Osvaldo (£12.8m in summer 2013 to free in summer 2015)
Mauricio Pochettino was typically measured and honest when discussing a transfer “mistake” that might forever haunt him. Dani Osvaldo, he suggested, threatened the delicate harmony of his Southampton squad by headbutting captain Jose Fonte. It was quite the accusation. Everything started oh so brightly for the forward with goals against Crystal Palace, Aston Villa and that delightful lob against Manchester City. But just half of his four-year contract was fulfilled and 13 Premier League appearances were made before his deal was terminated.

Dani Osvaldo on #Totti: “I told him that in my view, his wife had to be cheating on him, because there was no way he could be this perfect. He had a handsome face and, I don’t want to get into too many details here, but had no problems in the private parts department either…” pic.twitter.com/U1uUEFi63O

Tottenham – Roberto Soldado (£26m in summer 2013 to £7m in summer 2015)
He reigned as Tottenham’s record signing for a mercifully short 25 days. He lingered as their uninspiring striker for a painfully long two years. Only six teammates played more games than Roberto Soldado in Pochettino’s first season as manager. Only 45 players, including Danny Rose and David Howells, have ever scored more Premier League goals for Tottenham.

West Ham – Javier Hernandez (£16m in summer 2017 to £7.3m in summer 2019)
“I think he is potentially the best player who has ever come to the club,” were the calm, understated, studied thoughts of David Sullivan upon signing Javier Hernandez. The striker did fine, with eight and seven Premier League goals in his two full seasons, but was not mourned upon his departure for Sevilla.

Wolves – Roger Johnson (£4m in summer 2011 to free in winter 2015)
Chief executive Jez Moxey described reports of a £7m fee as “inaccurate” but £4m or so looks little less disastrous for Roger Johnson, who played a part in consigning Premier League Wolves to League One within his first two seasons by, among other things, allegedly turning up to training drunk. A loan at West Ham in January 2014 brought only Yaya Toure-based torture, before the ostracised centre-half admitted that November: “I would probably give up a fair amount of money if I just walked out.” So Wolves just escorted him off the premises in February 2015, a matter of months before his contract expired.