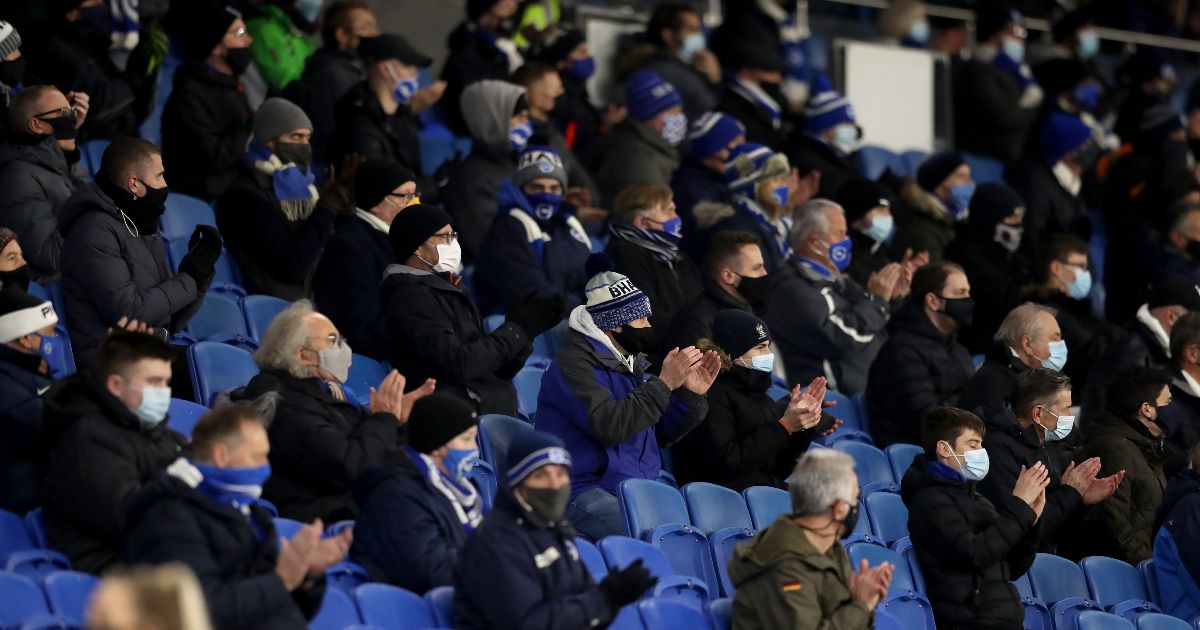 Premier League chief Richard Masters has insisted that he hopes to get fans in “real numbers” back into stadiums next season.

Supporters were last allowed into sports grounds in December, but it emerged this week that the Football Association and English Football League are in talks with the government about fans returning for the Carabao Cup final and FA Cup final at Wembley in April and May respectively.

Prime Minister Boris Johnson will set out a road map for how the UK will come out of its current national lockdown on Monday.

Speaking at Thursday’s Financial Times’ Business of Football summit, Masters said: “We are getting used to watching live football on television without fans in the stadiums, and I don’t want to get used to it for much longer. Hopefully we will see an end to that and a return of supporters as soon as possible.

“I am confident (fans will return next season). No one can say because this pandemic has a way of surprising you as it did over Christmas, but we haven’t lost hope we might see a few back even this season, depending on what happens and the direction of the numbers and government decisions etc.

“Certainly, I hope next season it opens up quickly and we can work with the government again and with the rest of sport, and get fans back in the stadium in real numbers and get back to the real Premier League.”

Masters, who succeeded Richard Scudamore as chief executive of England’s top flight in 2019, also moved to take aim at proposals for a 20-club breakaway European Super League, which is understood to be led by Real Madrid and would feature a number of top English clubs.

He also insisted the Primer League has no plans to cut the number of participating teams from 20 to 18 in order to make it easier to stage more European matches.

UEFA has put forward plans for a new Champions League format from 2024 featuring one 36-team league replacing the current group stage, where every team plays 10 matches.

Masters said: “(The Super League) would affect domestic football across Europe, including the Premier League. Let us make no mistake about that.

“Any Super League proposal I have seen does not have access to it via domestic leagues so that would be destructive to the value of domestic football across Europe.

“It is about creating that right balance and it is UEFA’s job to reform the competitions and the format. We want to protect weekends when domestic football is played.

“There are always things to worry about and it is about finding the right balance. It is about making sure there is not too much interruption to domestic cups or domestic leagues because the more European games there are the more you have to cope with in terms of what is a complex match schedule and broadcast map.

He added: “We simply cannot accept a situation that a professional footballer is expecting or accepting online abuse, racial or otherwise.

“Of course, we speak to social media companies who are making some efforts but it is not working so we have to find new ways forward to really stop it at the source.

“We have a team of people who unfortunately spend most of their weekend tracking online racial abuse and in the case of Mike Dean, for example, death threats.

“They come from all over the world and a huge job of work needs to be done to identify the perpetrators and then start proceedings against them. The Premier League has invested in that and it is being used more and more unfortunately and we have committed more resource to it.”