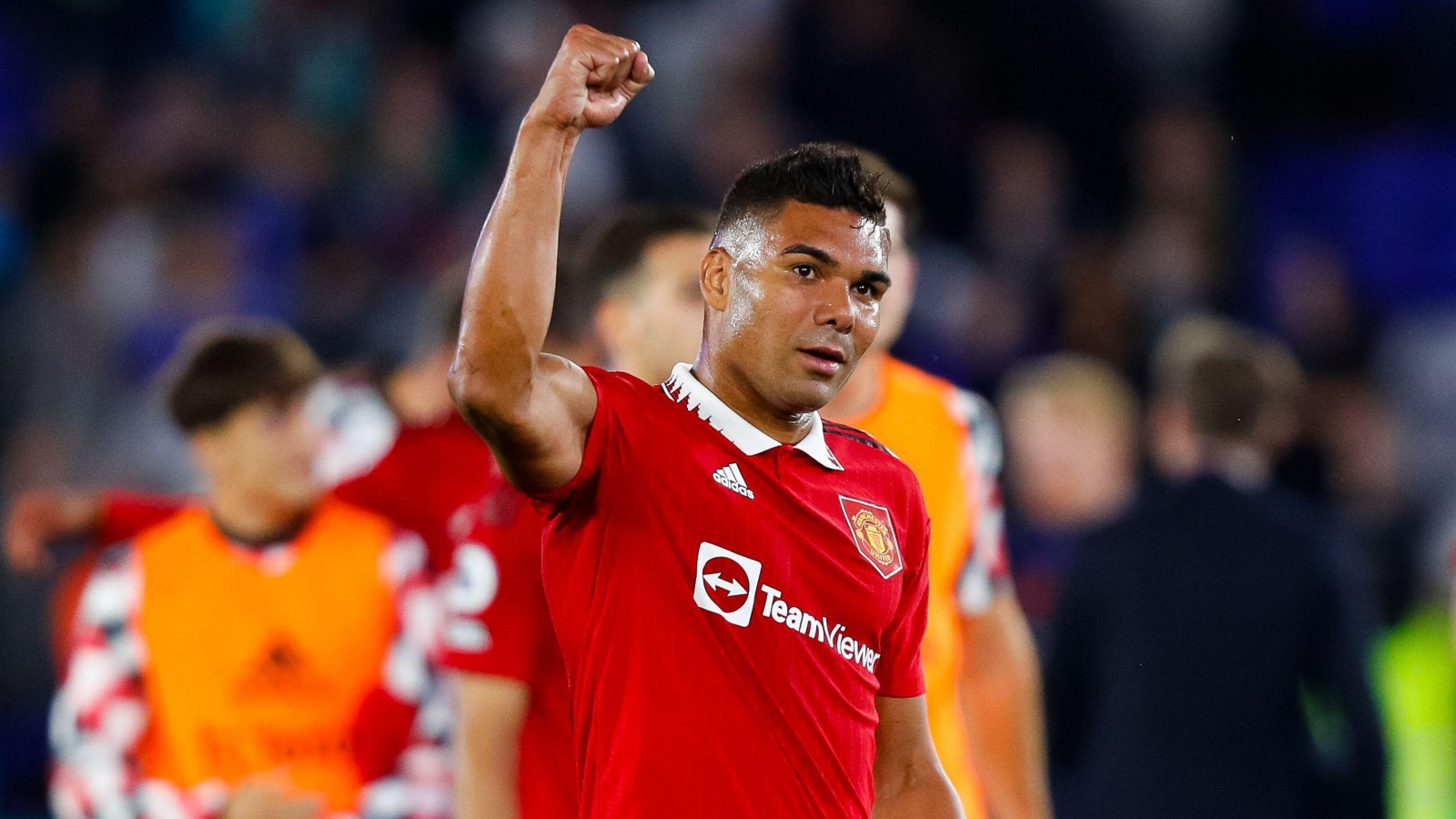 Liverpool and Arsenal are both missing their main man but Manchester United are thriving with Casemiro.

Here’s every side’s best player so far according to WhoScored’s ratings, ruling out those who have played just a few minutes.

Arsenal: Gabriel Jesus – 7.59
Even before the injury, the goals had dried up somewhat – scoring fewer goals than Leeds striker Rodrigo was never the plan – but his overall contribution remained exemplary. Gabriel Martinelli, Martin Odegaard and Bukayo Saka have all scored more but Jesus beats players, wins fouls and bizarrely, rather a lot of headers.

Aston Villa: Emiliano Martinez – 6.85
The World Cup winner and pantomime villain heads a list of slim pickings at Aston Villa despite not even having a particularly good season.

Bournemouth: Marcus Tavernier – 6.94
Has a whole four Premier League assists and a decent amount of credit in the bank to suggest his first top-flight season might not be his last.

Most Successful Take-Ons in the #PL this season:

Brentford: Ivan Toney – 7.36
Thirteen Premier League goals in just 17 games. Was it ever going to be anybody else?

Brighton: Solly March – 7.21
Scores, creates, tackles, works damned hard. While other Seagulls are linked with moves away, Brighton boss Roberto De Zerbi believes March is in the same bracket: “Mac Allister, Caicedo? All people understand Mac Allister and Caicedo are two big players and I would like the people to understand that March too is a big player.”

Chelsea: Kepa – 7.16
The statistics show that only Alisson has saved his club from conceding more goals this season. What an astonishing revival. And how ludicrous that nobody else has been more impressive for an expensively assembled Chelsea?

Everton: James Tarkowski – 6.91
Only Joachim Andersen has made more clearances than Tarkowski this season. And obviously there’s nothing Everton fans want more for their club than a big centre-half heading the ball to the half-way line.

Fulham: Aleksandar Mitrovic – 7.32
Takes more shots than any other Premier League player and has managed to score with 11 of them.

Leeds United: Pascal Struijk – 6.93
One of the low-key successes of Jesse Marsch’s tenure is Struijk’s conversion into an excellent left-back who is defensively stout while still being comfortable on the ball. Two goals and an assist help the algorithm too.

Leicester City: James Maddison – 7.39
Seven goals and four assists is quite the record from just 13 games. He would probably quite like to leave for a better club now, thank you.

Liverpool: Luis Diaz – 7.28
In a sea of at-best mediocrity, Diaz has been less culpable than most. He conjured three goals and two assists from just seven Premier League starts and Liverpool have missed him terribly.

Manchester United: Casemiro – 7.26
Two goals and two assists are a lovely bonus amid all the tackling without the ball and calmness with. A proper grown-up midfielder at a club that’s just not funny anymore.

Newcastle United: Kieran Trippier – 7.66
Bruno Guimaraes might want a word but Trippier plays in the Premier League’s meanest defence while simultaneously creating chance upon chance. What a signing for a club forcing talk of a Big Seven sooner than expected.

Nottingham Forest: Serge Aurier – 7.00
Forest have lost only two of the 10 Premier League games started by the veteran Ivory Coast full-back. Tackles like a full-back, clears the ball like a centre-back. Scoring the equaliser v Chelsea as a lovely bonus.

Southampton: James Ward-Prowse – 7.01
Who else?

Tottenham: Harry Kane – 7.56
Just the 15 Premier League goals this season and still no chance of winning the Golden Boot. He will have to console himself with various landmarks and records.

West Ham: Declan Rice – 6.91
No goals or assists since mid-October as West Ham have slumped. But Rice is still going about his job of winning the ball in the middle of the pitch.

Wolves: Ruben Neves – 6.98
Nobody at Wolves has scored more goals, made more tackles or made more interceptions. Somebody give him a hand FFS.