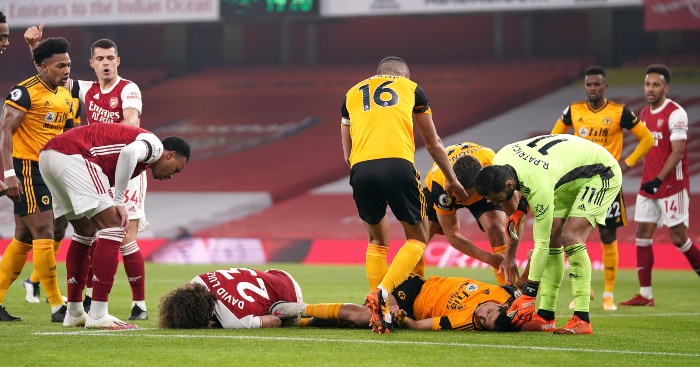 The League announced on Wednesday that clubs will adopt an initiative announced by the International Football Association Board in December under which teams will be allowed to make up to two additional substitutions for players with suspected or confirmed concussion.

“The trial will be confirmed when the implementation of the reporting processes, including private medical information, has been resolved with IFAB and FIFA.

“With player welfare the Premier League’s priority, the protocols will allow a maximum of two concussion substitutes to be used per team, with the opposition side able to use the equivalent number.

“The trial is a result of the IFAB’s consultation with stakeholders and recommendations from their concussion expert group to allow additional substitutions for players with actual or suspected concussion.”

The move comes with Wolves striker Raul Jimenez still working his way back from the fractured skull he suffered in a clash of heads with Arsenal defender David Luiz on November 29.

Luiz initially played on, but had to be replaced at half-time as a result of the collision.

In addition, a series of high-profile former players have been diagnosed with dementia, leading to concerted calls for greater consideration of the impact of head trauma in the game.

Meanwhile, the Premier League has also announced that all games from January 30 until the end of February will be shown live in the UK.