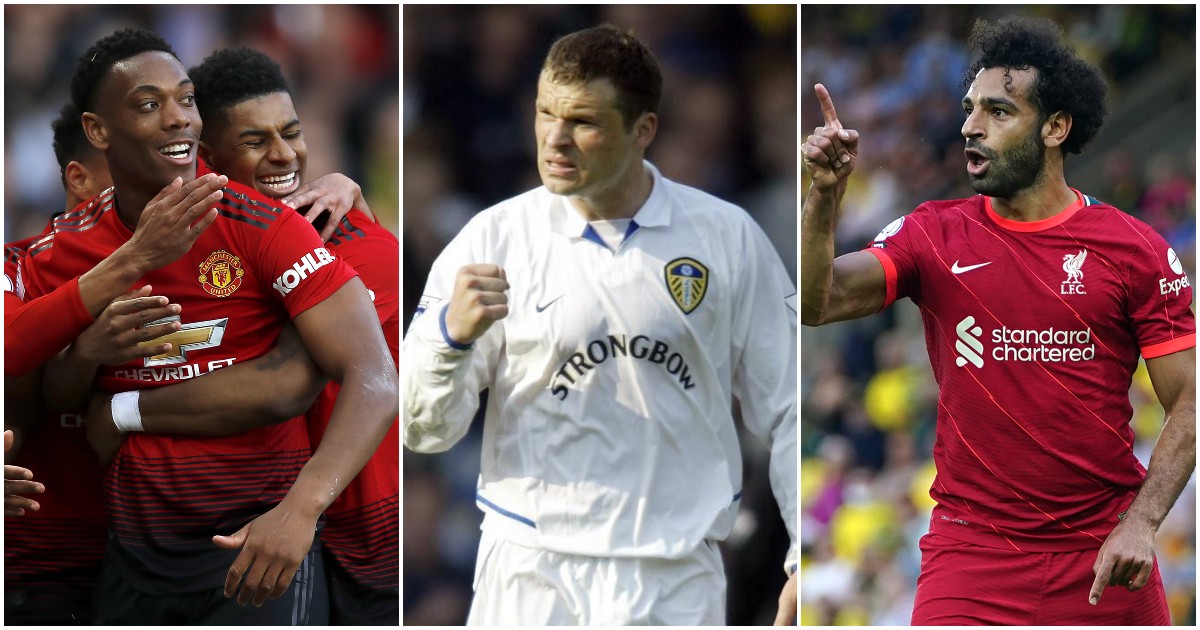 Michail Antonio drew level with Paolo Di Canio but many current players are close to the record marks of their clubs. Mo Salah could be next.

There must be something about scoring a few goals for Arsenal that gets Barcelona’s motor running.

The departure of Jack Grealish and his 15 Premier League goals for Aston Villa promotes Ollie Watkins to leader of the Gabriel Agbonlahor-chasing pack. He used to be pretty nifty.

Brentford
Sergi Canos and Christian Norgaard are locked in a battle for the ages.

Both Murray and Maupay are presumably in quadruple figures when it comes to all-time top Premier League xG.

Burnley strikers care not whether they are playing at Turf Moor or elsewhere.

How long does Romelu Lukaku take to rule the current roost? Twenty games? Thirty minutes against Arsenal at the weekend?

Alan Pardew signed them both and probably did a little jig each time.

That gap should genuinely be at least halved this season; the only question is whether Calvert-Lewin joins Carlo Ancelotti at Real Madrid before he closes it completely.

The skittle vodka, Red Bull and port clearly pays off. Scoring 31 more goals in the second half than the first just feels right. And at least 50 of those away goals were celebrated in that one corner of The Hawthorns.

Another casual 30-goal season and selfish Salah is boxing with God.

That really is a high bar to clear. Aguero scored more Premier League goals at the Etihad than all but 27 players have ever managed at every and all stadiums.

Those are also silly numbers. The Rashford v Martial race is one nobody knew they needed.

It took Wilson until the first game of his second season to score a first-half Premier League goal for Newcastle and that is fine. A couple more and Wor Cal might catch Wor Al.

There is no data on how many of those Sutton goals were glancing headers.

A total of 132 goals from homegrown heroes, roughly 132 of which have been from some sort of set-piece.

How weird that many Tottenham fans legitimately prefer the former to the latter. Or perhaps it isn’t all that strange whatsoever.

Don’t expect either player to extend those records this season.

When Di Canio netted his 47th Premier League goal – the 89th-minute equaliser as a late substitute against Birmingham in May 2003 – few expected him to be caught by a former Nottingham Forest right-back almost two decades later. Fools, each of us.