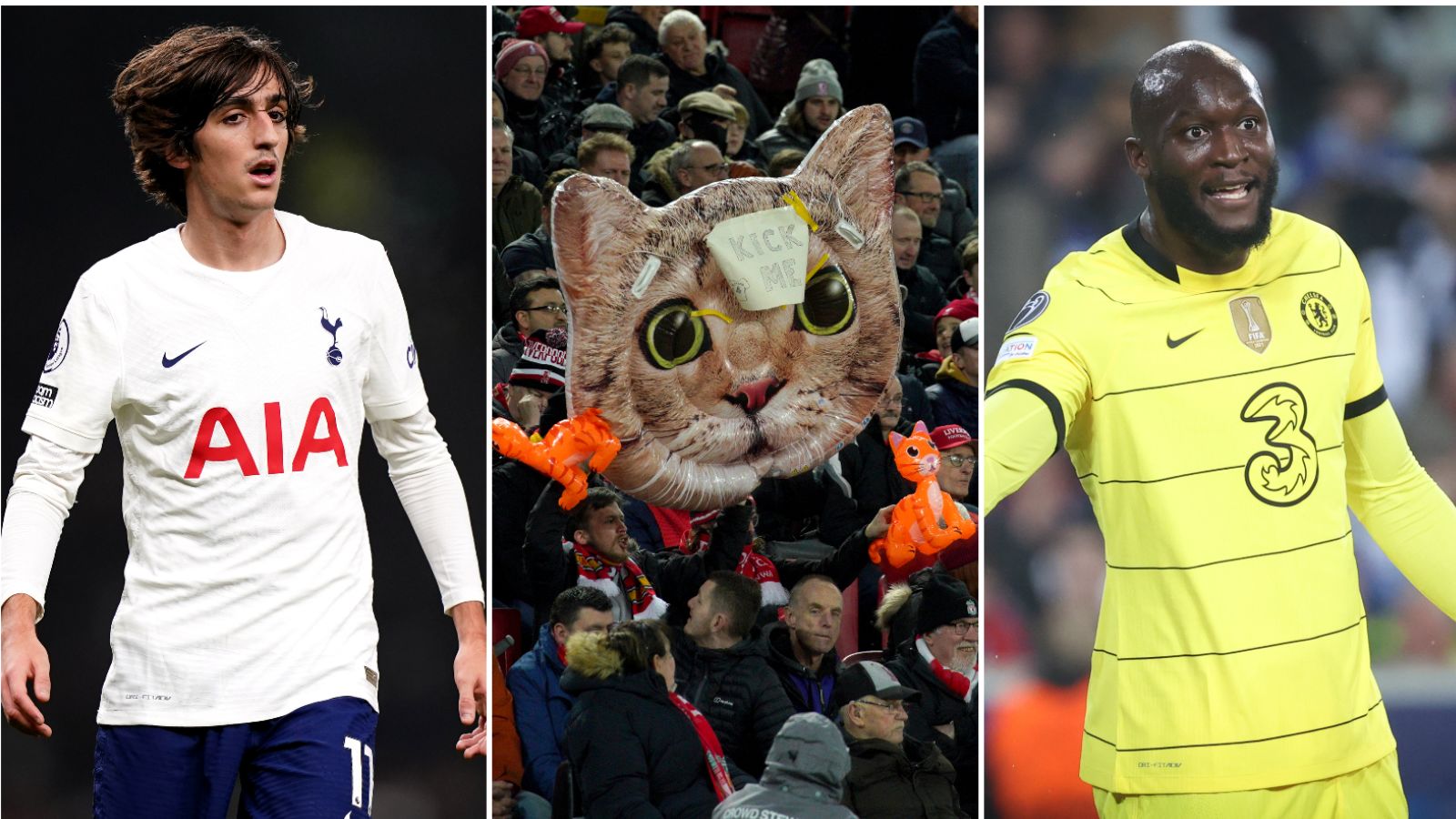 The best signings can be found here.

Arsenal – Nuno Tavares (£7.2m)
A disappointingly competent year of transfer business at Arsenal, where even the high-profile high-price English signings have proved to be excellent. Not a flop in sight. Got to pick someone, though, so in the end Arsenal’s worst signing of the year was, oh, let’s say…Tavares.

Aston Villa – Leon Bailey (£28.8m)
Villa’s attempt to pull off the ‘Sell Elvis and buy The Beatles’ manoeuvre previously tried with such minimal success at both Spurs and Liverpool looked like a pretty decent stab back in the summer. The sale of Jack Grealish at his agreed release fee was handled with maturity and calmness by the club, who had already spent the money before it arrived to avoid having their pants pulled down by selling clubs. All very clever, all very grown-up, all very canny. Danny Ings, Emi Buendia and Leon Bailey all looked like shrewd acquisitions. It’s just that… they haven’t been. Bailey was perhaps the most exciting and thus the most disappointing. In simplistic raw figures, the returns are stark. His final Bundesliga season with Bayer Leverkusen: 30 games, nine goals, nine assists. His first Premier League season (so far): 14 games, one goal, two assists. Hasn’t started a Premier League game since December 1.

Brentford – Yoane Wissa (£9m)
Not a disaster but two goals and no assists since October isn’t really quite enough of a return, is it?

Brighton – Enock Mwepu (£20.7m)
Not entirely his fault, because when he’s made it onto the pitch there have been flashes of the player Brighton thought they’d signed from RB Salzburg. There were goals against Liverpool and Leicester and a couple of assists as well, but frequent bouts of illness – including the ‘rona – and frustrating, niggly injury setbacks have restricted him to just 14 appearances in all competitions. He has completed 90 minutes just four times this season, most frustratingly of all including his last appearance before his most recent injury absence right at the start of January when he had two assists in a 3-2 win at Everton.

Burnley – Nathan Collins (£12.6m)
This says more about Burnley’s transfer activity than it does about Collins, really. Paying for the signings of Maxwel Cornet and Wout Weghorst with the sale of Chris Wood is canny business, Connor Roberts has established himself at right-back in recent months and freebie moves for veterans Aaron Lennon and Wayne Hennessey are absolutely fine. That leaves Collins as our only choice. Harsh on him and a bit mad that Burnley are still going down, down, down despite winning at transfers really. Almost like the actual football still matters a bit, in a way.

Chelsea – Romelu Lukaku (£101.7m)
Still costing Chelsea £20m per Premier League goal, and that’s just the transfer fee. It’s all very sad. He’s clearly not happy, regretted returning to Chelsea even before they became (more of?) a pariah club and now might be stuck there. Has scored against Chesterfield, Luton and Middlesbrough in the FA Cup, though, so that’s something.

Crystal Palace – Odsonne Edouard (£14.7m)
Harsh maybe, and that two-goal blast on debut against Spurs was always setting a benchmark way too high to be maintained. But you might reasonably have expected more than four goals in 22 subsequent games. Does have a handy knack of scoring against the division’s better teams, which, and we’re just going to say this, you might not necessarily expect of an arrival from Scotland. After that double against Spurs his other four goals have come against Arsenal, West Ham, Liverpool and Norwich. All the big guns.

Everton – Dele Alli (free)
Some of these have been quite hard because it’s hard to pick one out of a half-decent set of signings. This one is quite hard because it’s hard to pick one out of a load of old sh*t. Everton have somehow managed to bring in a whole bunch of free transfers and yet overpay for every single one of them. Salomon Rondon, Andros Townsend and Dele Alli have managed four Premier League goals between them. Demarai Gray, who cost a very small amount from Bayer Leverkusen, has at least managed five although recent returns are also disappointing. Frankly pretty much any of their signings could go here but we’ll go for Dele just because it’s the one that makes us saddest. The sight of him applauding the Spurs fans after his Everton side had just been pumped 5-0 was a gutting reminder of just how good he once was and, we’re now coming to accept, never will be again.

Leeds – Junior Firpo (£13.5m)
Not the only full-back to struggle in the Premier League this season after a move from Barcelona, the Spaniard has endured a trademark Difficult First Season in English football. Struggling to adapt to the league? Tick. Struggling to adapt to new tactics? Tick. Injuries and illnesses preventing a run of games to potentially address those problems? Tick, tick, tick. Caveats abound, but standing out as a notable weak link in a Leeds defence that has shipped a league-high 67 goals in 30 games is not a great look. To cap it all, he may well now be out for the season with a knee injury.

Leicester – Jannik Vestergaard (£15.8m)
Were we just not paying attention properly or what? He always seemed perfectly solid and competent to us when he was at Southampton and now he is sh*t. What happened there then? Was he always a bit sh*t and we just didn’t notice it properly among all the general 9-0 Saints japery? We have been surprised by how sh*t he is, to be honest. Surprised and angered. We demand to speak to the manager.

Liverpool – Ibrahima Konate (£36m)
Liverpool don’t really do bad transfers any more, do they? Apart from last January when they entirely ran out of defenders, but even then you could sort of understand the panicked errors that ensued. Luis Diaz is all the fun and, more importantly, Jason already picked him for best transfer. Ipso facto, Konate must become our designated MASSIVE FLOP who is no doubt desperate to end his ANFIELD HELL and escape his LIVERPOOL NIGHTMARE.

Manchester City – Jack Grealish (£105.75m)
Has he been bad? No. Has be been £100m good? Also no. Will probably end up a perfectly fine signing for City if he isn’t already. He’s bloody good and learning fast at a pretty decent club for such things. But right now there’s an undeniable if slightly harsh air of meh around a return of four goals and three assists across 29 games in all competitions.

Manchester United – Raphael Varane (£36m)
Strong case to be made here for Cristiano Ronaldo being both the best and the worst transfer. His stats say best, but his overall influence and disruption plus the resulting reduced effectiveness of Bruno Fernandes are significant negatives. We’ll play safer and go Varane, though, because he should have been great and yet United are somehow worse defensively than ever.

Newcastle – Joe Willock (£26.5m)
It’s all been good stuff recently but a pre-moneybags Newcastle dropping nearly £27m on Joe Willock last summer is a bit mad. Sure, he’d been very good during his loan spell at the back end of last season but that’s still a lot of money. Apples and oranges, sure, but in January they got Kieran Trippier and Dan Burn for that. For Willock, eight goals in 14 games during last season’s loan has petered out into two goals in 24 since signing permanently.

Norwich – Billy Gilmour (loan)
We generally look to swerve loans here because no matter how bad they are, at least the damage is largely reversible, but given how well Norwich’s last midfield loan signing from a big London club went, how highly rated Gilmour is and how utterly ineffectively crud he has been, it’s hard to top. None of Norwich’s summer signings have absolutely dazzled – the league table looks as it does for a reason – they’ve at least shown some glimpses of what they’re about. More importantly, they will all most likely be instrumental in Norwich’s inevitable promotion next season. Gilmour has just been a waste of everyone’s time.

Southampton – Theo Walcott (free)
It was all feelgood loveliness when Walcott initially returned to Southampton on loan from Everton, but maybe that should have been the end of it. No goals and no assists in 12 appearances in all competitions this season makes even a free transfer look expensive.

Tottenham – Bryan Gil (£22.5m)
No middle ground with Spurs’ transfer activity this season. In Romero, Bentancur and Kulusevski, Spurs have managed to significantly upgrade their starting defence, midfield and attack. Which is a tough trick for sensible clubs to pull off, never mind Spurs. On the flipside they’ve dropped three clangers. Gollini, a goalkeeper who appears to have never seen goalkeeping before but has had it explained to him by an idiot. Emerson Royal, a right-back bought to play right wing-back and in theory replace the right wing-back Spurs had bought to play right-back. Top of the pile, though, must be Bryan Gil because a) Spurs paid over £20m for him and b) Spurs also gave away the Premier League’s greatest ever player as part of the deal and c) Bryan’s lack of physical readiness for English football should have been obvious to anyone with eyes. Even the idiot who described goalkeeping to Gollini wouldn’t have signed Bryan. Already shipped off back to Spain on loan. He’s young and hopefully he’ll eventually come good at Spurs because he does have talent and looks like a Beatle, but we’d suggest it’s odds-against.

Watford – Danny Rose (free)
Played the full 90 minutes in six of Watford’s first 11 Premier League games and the Carabao win over Palace, but hasn’t seen first-team action since the first week of December. Did manage to pick up five bookings in his nine appearances, which is something I guess.

West Ham – Kurt Zouma (£31.5m)
The real answer is probably Nikola Vlasic, who has been as ineffectual for the Hammers as he was for Everton despite his intervening success at CSKA. But at least Vlasic has not at any stage made himself the most hated man in animal-loving Britain by hoofing a cat around the place.

Wolves – Francisco Trincao (loan)
Even when he finally did make a significant contribution, with a first goal and assist against Leeds, it all got rather overshadowed by subsequent events.