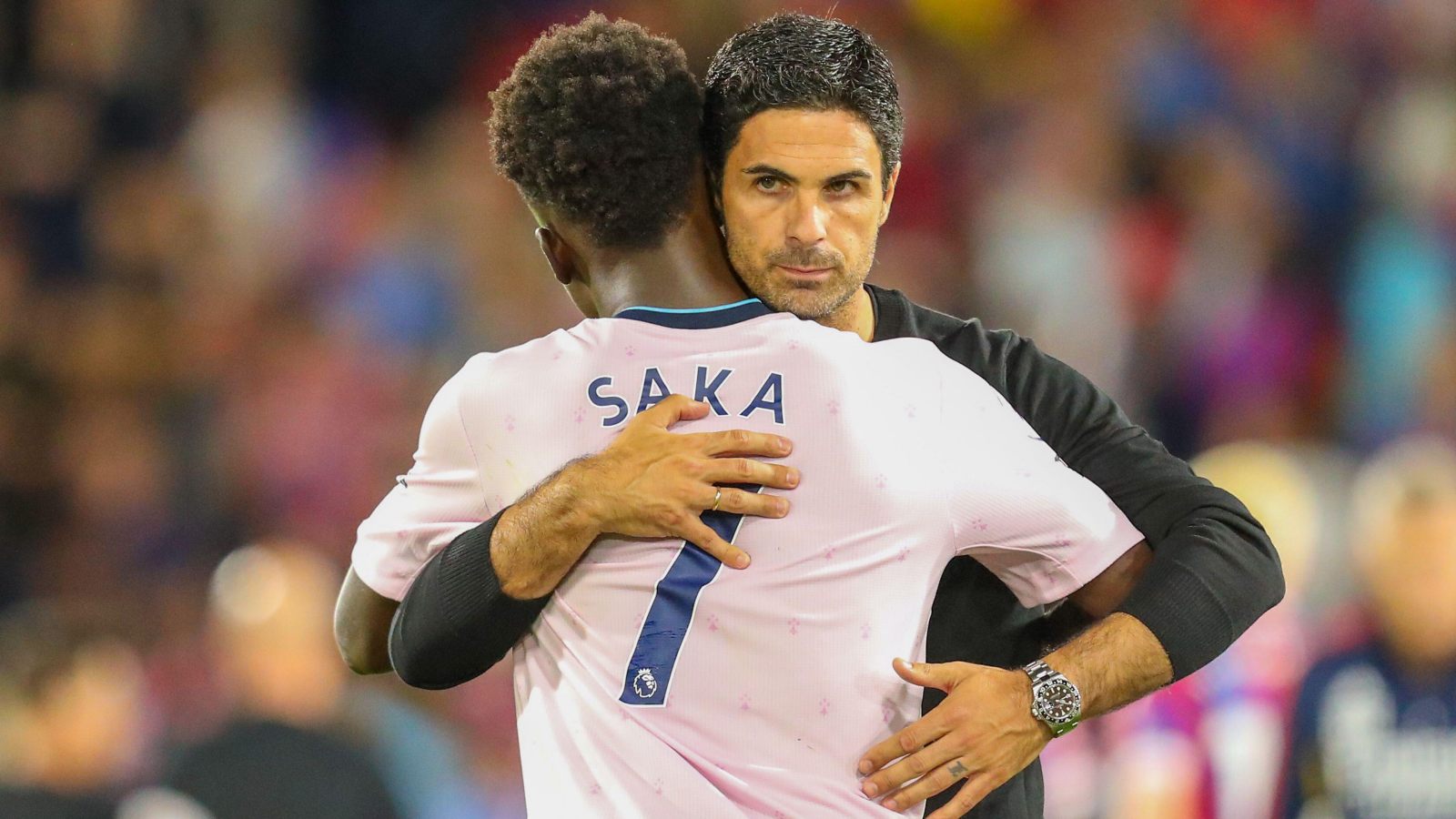 Mikel Arteta lauded Arsenal’s fight in their season-opening 2-0 victory over Crystal Palace but admitted much more was required from his attackers.

The Gunners walked away with all three points at Selhurst Park thanks to a first-half Gabriel Martinelli header and a late Marc Guehi own goal.

Arsenal dominated the opening exchanges but the Eagles challenged Arteta’s side after the restart as the visitors failed to create second-half chances in Gabriel Jesus’ competitive debut.

“We need to be more ruthless in front of goal,” Arteta said.

“We had a situation to finish them better, even in the second half, but that’s something that has to come. We haven’t scored a lot of goals, we lacked that real edge.”

Still, the Gunners boss was pleased with his squad’s overall effort, a marked improvement over their 2-0 loss to Brentford at the start of last season.

Martinelli nearly put Arsenal on the scoresheet early in the first half when the ball landed at his feet the edge of the six-yard box, but the Brazilian’s effort sailed well wide across the face of goal.

Redemption followed after he rose highest to nod in the opener in front of a crowded goal in the 20th minute.

Some expected this to be Jesus’ start under the spotlight but it was fellow debutant William Saliba who shone brightest in a brilliant turn at the back, frustrating attempt after attempt by the Eagles to create opportunities.

“You don’t really see that,” said his impressed boss.

“At 21 years old in the Premier League, against these physical players and resolve the situation the way he’s done it, with that composure, that calmness and that presence. Big credit to the boy.”

The game was decided when Bukayo Saka’s 85th-minute cross connected with the head of the unfortunate Guehi.

Arteta was ultimately delighted to walk away winners under the intimidating Friday night lights at Selhurst Park, looking a very different side to the one who fell to the Eagles 3-0 in their last meeting in South London.

“I’m really pleased,” he added. “Three points and a clean sheet against a really difficult opponent and a really tough place when they have the people going, and as we expected we were going to have tough periods during the match.

“You don’t win here without resilience. We experienced that last season, we started in a really different way than we did last season when we were here.

“It’s building that mentality and finding a way to go through those moments, maintain clean sheets in this league, is going to be vital to our success so hopefully that will breed some confidence as well in the team.