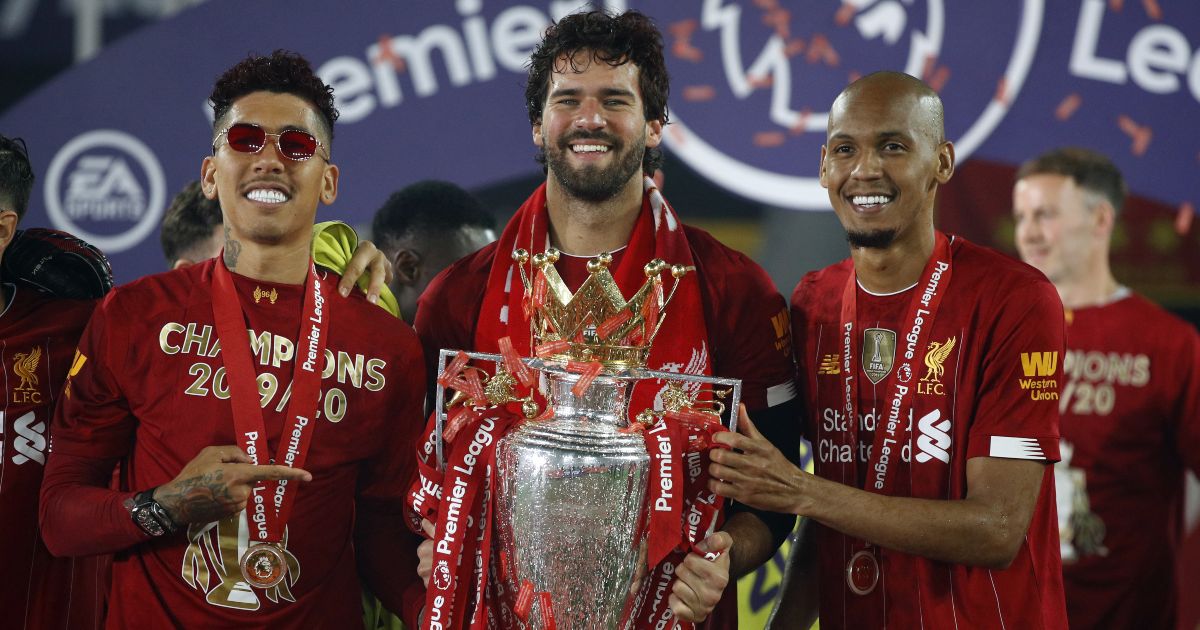 Premier League clubs are set to ignore FIFA’s ban on their Brazilian players this weekend, according to reports.

Manchester United, Liverpool, Manchester City, Chelsea, Leeds and Everton all refused to release their players for World Cup qualifiers in South America as they would have to quarantine upon arrival back in England.

That would mean Liverpool trio Alisson, Roberto Firmino and Fabinho are all ineligible to face Leeds United on Sunday, while Ederson, Gabriel Jesus, Raphinha, Fred and Thiago Silva would also be missing for their respective clubs.

However, The Sun has now claimed that ‘Premier League clubs have agreed to defy FIFA and play their banned South and Central American stars this weekend’.

‘After three days of intensive talks between Prem chiefs and FIFA failed to reach a deal, the clubs appear to have taken the matter into their own hands.

‘Senior executives of the 20 clubs held a tele-conference on Thursday when they were informed of the lack of a solution.

‘And now the clubs are understood to have agreed that none of them will make any complaints of other Prem sides fielding ineligible players or seek action by the league against their rivals.’

When asked if any of his three Brazilian players would be eligible to face Leeds on Sunday, Klopp said this afternoon: “Bobby (Firmino) will not be available but that is because of his injury from the last game.

“It’s a really difficult situation and it’s really tricky for all the clubs and players especially. We should not forget in this moment that the players wanted to play these games. The clubs wanted to let players go but it was just not possible.

“It looks like the real punishment is for the players because they can’t play. That’s what they do, that’s what they love to do. That’s really not ok. The world is still in a pandemic.

“In some moments it looks like it’s not, but we get a reminder. The football players so far get exemptions which haven’t lead to any spread in cities because of all the things we do during the week. It’s completely different to society out there. We get tested three times a week.

“Brazil won all three games, but still there is a complaint to Fifa and we are told we cannot play the players. We still don’t know who we can line up at the weekend but that is the smallest problem.”