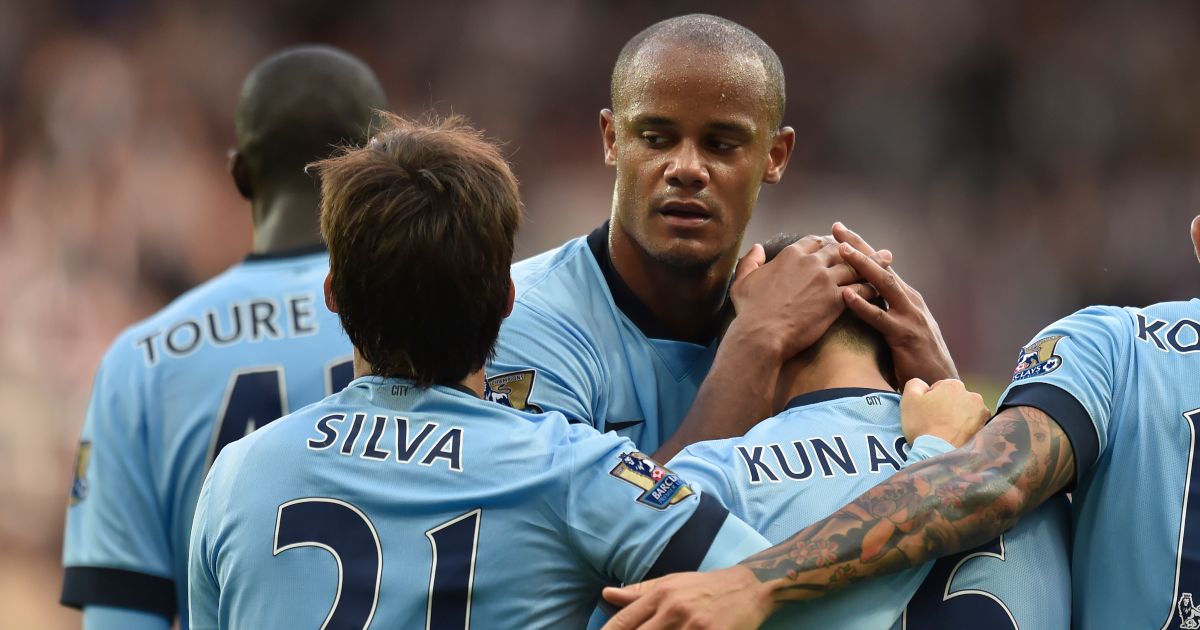 Man City and PSG battle it out for a spot in the Champions League final, with both clubs achieving plenty of domestic success in recent years but failing to win Europe’s biggest prize. Here’s an XI made up of players who lifted the Premier League trophy multiple times but won nothing in Europe whilst playing for an English club…

Goalkeeper: Thibaut Courtois
A Europa League winner whilst on loan with Atletico Madrid in 2012, Thibaut Courtois watched parent club Chelsea lift the Champions League title in the same season. The Belgian only picked up domestic honours during his stay at Stamford Bridge, leaving for Real Madrid a year before the Blues won the Europa League themselves in 2019. If you fancy a goalkeeper challenge, try naming four ‘keepers who have more Premier League titles to their name than Courtois.

Right-back: Rafael
A three-time league champion with Manchester United, Brazilian right-back Rafael made his debut for the club the season after the Red Devils beat Chelsea in the 2008 Champions League. Pep Guardiola’s Barcelona stood in the way of further European glory, defeating Alex Ferguson’s men in the 2009 and 2011 finals. Rafael left Old Trafford two years before the club’s triumph in the 2017 Europa League under Jose Mourinho.

Centre-back: Ricardo Carvalho
Speaking of Mourinho, one of his most trusted lieutenants in his halcyon days as Chelsea boss in the mid-noughties was fellow Portuguese Ricardo Carvalho. The two shared Champions League success at Porto in 2004 and despite winning three Premier League titles, Carvalho couldn’t replicate that European glory at Stamford Bridge.

Centre-back: Vincent Kompany
Barring a collapse of ESL proportions, Manchester City will add a fifth Premier League title to their trophy cabinet this season and a first without the inspirational leadership of Vincent Kompany. However, the Belgian defender was part of several underwhelming Champions League campaigns during his decade-long stay at the Etihad, reaching just one semi-final.

Left-back: Gael Clichy
Gael Clichy played alongside Kompany in that semi-final five years ago, with City going out following a 1-0 aggregate defeat to Real Madrid. The Frenchman had gone a step further with Arsenal in 2006 and watched from the bench as the Gunners narrowly lost out to Barcelona. Two Premier League medals with Man City and one as part of Arsene Wenger’s ‘Invincibles’ provided him with plenty of domestic success during his time in England.

Central midfield: Yaya Toure
Yaya Toure arrived at Manchester City with a Champions League title to his name after holding the trophy aloft with Barcelona and his winning mentality helped the club to some long-awaited glory in the FA Cup. The Ivorian went on to win three Premier League titles under three different managers at the Etihad but European success with the Citizens remained elusive.

Central midfield: Patrick Vieira
Patrick Vieira was a team-mate of Toure in City’s 2011 FA Cup win, ending a 35-year trophy drought at the club. However, Vieira’s glory days in England were in Arsenal colours, with the Frenchman at the heart of three Premier League-winning campaigns during his time at Highbury. European supremacy wasn’t so easy to come by for the Gunners and Vieira, but maybe that will change in the future if he can help coerce Stan Kroenke out.

Central midfield: David Silva
Former City magician David Silva’s latest attempt at European glory was ended by Manchester United this season, after the Red Devils knocked out his Real Sociedad side with ease in the Europa League round of 32. Silva was accustomed to exiting the Champions League at the knockout stage during his time at the Etihad, but four Premier League titles, as well as being arguably the greatest Dave to play in the competition, provide some consolation for the Spaniard.

Forward: Dennis Bergkamp
A fairy-tale end to his career in the 2006 Champions League Final wasn’t to be for Dennis Bergkamp, with the three-time Premier League winner missing out on European success during his decade-long stint with Arsenal. The Dutchman arrived at Highbury a year after the Gunners lifted the now-defunct Cup Winners’ Cup and was on the losing side in the 2000 UEFA Cup final, as Arsene Wenger’s side lost out to Galatasaray on penalties.

Forward: Eric Cantona
Like Bergkamp, Eric Cantona joined a side that had recently lifted the Cup Winners’ Cup, with Manchester United becoming the first English club to win a European trophy following the end of the ban on English clubs playing on the continent as a result of the Heysel tragedy. The Old Trafford icon proved to be the catalyst for the Red Devils to rule the early Premier League era, as Alex Ferguson’s men won the title four times in five seasons. Despite the domestic dominance, Cantona bore the brunt of the criticism aimed at the team for failing to reach a Champions League final, although he was credited as an inspiration for the Treble-winning side in 1999, two years after he shockingly retired at the age of 30.

Striker: Sergio Aguero
An FA Cup winner, four (and soon-to-be-five) Premier League titles and many, many League Cups under his belt, Sergio Aguero will be remembered at the Etihad forever more. Manchester City have managed to share the goalscoring burden in his absence this season, with the Argentine featuring in less than half of the team’s fixtures in his last year with the Citizens. But maybe there’s still time for the club’s all-time leading scorer to lift a European trophy before he says his goodbyes.