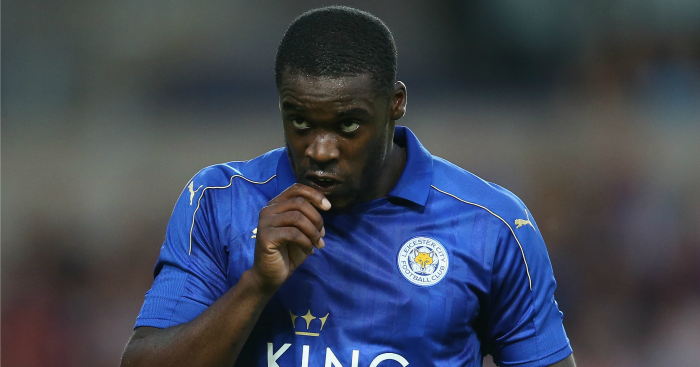 The 24-year-old will move if the Eagles meet the Foxes’ asking price, which is understood to be close to £12million.

Palace and new boss Sam Allardyce have been interested in this window with previous suitors West Brom having doubts over paying the fee.

Albion had two bids rejected in the summer, the second £12million, and retained an interest this window but while the Baggies have the finance available they will not make signings for the sake of it.

They are also well stocked on the left side with Brendan Galloway, Chris Brunt and James McClean all available and Jonny Evans and Allan Nyom able to play left-back, leaving a move for Schlupp a lower priority than the summer.

Schlupp, who can also play on the left wing, has made just nine appearances this season and has not played for Leicester since a 5-0 Champions League defeat in Porto last month.

He helped the Foxes win a surprise Premier League title last term, making 26 appearances, but was left out of Ghana’s African Nations Cup squad this month because of his lack of action this year.

Boss Claudio Ranieri confirmed he had spoken to Schlupp and told him he can leave the King Power Stadium.

He said: “He’s of course not happy. I said if he wants to go he can go. After this the money for the club is important. If the right money arrives he can go,” he said.

“He has great potential, I am very sad to lose him. I understand but I have three good left-sided players, Ben Chilwell, Christian Fuchs and him. I would like to keep one experience and one young and Jeff played so few times. It’s not right, he deserves to play, he deserves to show his potential.”

Schlupp is unlikely to feature when Leicester host Chelsea in the Premier League on Saturday, while Jamie Vardy is available after the birth of his son on Sunday but Leonardo Ulloa is out with a thigh problem and Riyad Mahrez and Islam Slimani are with Algeria for the African Nations Cup.