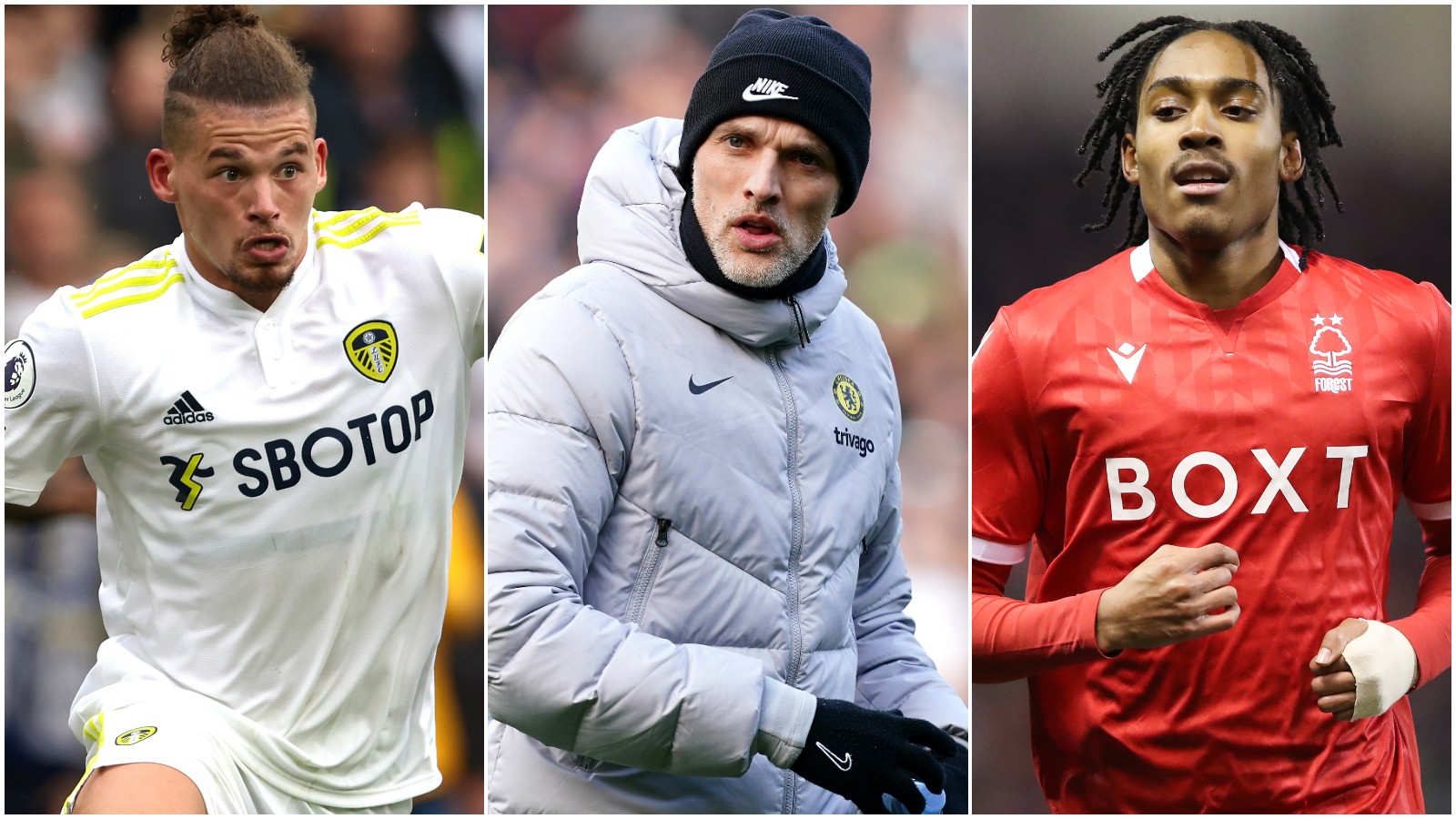 It’s a biggie with Chelsea taking on a road trip for the FA Cup quarter-finals while in the Premier League, it’s huge for Leeds and Everton.

Game to watch – Middlesbrough v Chelsea
Chelsea have already embarrassed themselves this week over their trip to Teesside on Saturday night. That was beyond Thomas Tuchel’s control but now the Blues boss has to make sure they don’t f*** it up on the pitch.

As Tuchel will no doubt point out, the circumstances are ripe for an upset in the FA Cup quarter-final. Chelsea will be facing an on-the-up, up-for-it Boro side who have already dumped Manchester United and Tottenham on their arses in the two previous rounds. And, as everyone knows, there will not be a Blue among the 32,000-plus Boro fans desperate to make their presence felt after Chelsea shamefully tried to lock them all out this week.

Throw in a 268-mile coach trip between Cobham and The Riverside and Chelsea have their excuses ready to go. “It’s not about luxury and bling-bling,” said Tuchel after it become clear that their £20,000 government-imposed budget would not cover the cost of a flight north. “This is just a pro level of sports where we play with two days between matches.”

Chelsea have so far managed to park their concerns with their private jet, with Tuchel leading his side to three wins in the Premier League and Champions League in the week since they were thrown into chaos as a result of their owner being bezzie mates with a war-mongering c***. This, though against Championship opposition, represents their biggest banana skin yet.

Boro, in Chris Wilder’s words, have been “terrific at home” lately and their third cup tie in succession against Big Six opposition offers a welcome breather from their Championship exertions. If Chelsea don’t fancy it even slightly, Wembley will be fair reward for a Boro side daring to dream again.

Wilder and Boro are recreating their past glories together

Team to watch – Leeds
A single sweep of Joe Gelhardt’s left foot completely changed the mood this week at Leeds, where the funereal atmosphere in the wake of defeat to Villa and concession of an added-time leveller to Norwich was washed away by an even later winner at Elland Road.

And after a bleak few months, the good news keeps coming: finally, Leeds’ injury woes appear to be easing up, with both Kalvin Phillips and Liam Cooper set to return to Jesse Marsch’s side for Friday night under the disco lights at Molineux.

The pair could join Patrick Bamford back in the Leeds team after the striker made his return to the XI against Norwich. Marcelo Bielsa lost all three to injury in the same game against Brentford at the start of December, a hammer blow that did more than anything else to prompt the departure of their beloved former manager.

Few would reasonably expect all three to immediately be up to speed and Leeds return to their old, relentless selves. But Friday night could mark a turning point for the Whites with the opportunity to put seven points between themselves and the bottom three, with none of the four sides below them in action this weekend.

Manager to watch – Frank Lampard
How Frank needed that. The win over Newcastle on Thursday night was massive for Everton and the manner in which it was achieved could do just as much for the Toffees as the three points.

What next? An FA Cup quarter-final at Crystal Palace. With the Merseysiders’ relegation worries, Lampard is unlikely to have expended too much energy yet on Sunday’s trip to Selhurst Park, but the Toffees boss has an opportunity to use the momentum that a last-gasp triumph with 10 men can spark to inspire a Wembley trip for a semi-final.

Amid those worries about the drop, it shouldn’t be forgotten that Everton haven’t won a trophy since 1995 and the silverware-starved Evertonians won’t accept any prioritisation of the league at the expense of a semi place. Nor should they.

Everton, like everyone else, have a fortnight off after this weekend when batteries can be recharged. While the Toffees are on an unfamiliar high in the wake of a huge win on Thursday night, Lampard must use that shot in the arm not only in their battle against relegation but in their quest for a first trophy in 27 years.

Player to watch – Djed Spence
Arsenal, Tottenham and Bayern Munich will reportedly be watching the Forest full-back this weekend, so you might as well too.

Spence has been one of the best players in this season’s FA Cup, with the Gunners and Leicester unable to stop the right-back marauding forward in big victories in previous rounds for Forest.

Gabriel Martinelli pinpointed Spence to The Athletic as the player who has caused him most problems to date: “He is very strong, good on the ball, calm and quick. I was surprised.”

Neil Warnock had Spence sussed. “I said to him that you can go to the top, or you can go to non-league,” the former Boro boss said of his decision to loan the 21-year-old to Forest for the season to “sort himself out”.

His performances, the latest of which produced a stunning equaliser in a 3-1 win over QPR, suggest Spence has chosen the correct path, with big clubs across Europe eyeing him up ahead of a likely move this summer.

A meeting with Liverpool, and perhaps Andy Robertson and Luis Diaz, puts Spence firmly in the shop window as the Tricky Trees attempt to bring a shock end to Liverpool’s quadruple hopes.

Djed Spence with a STUNNING goal for Nott'm Forest against QPR! 👏pic.twitter.com/8f9p9qjuSS

EFL game to watch – Sheffield United v Barnsley
The best game in the Championship this weekend is actually the third-versus-second clash between Huddersfield and Bournemouth, but unless you are planning on getting down to the John Smith’s Stadium at 3pm on Saturday, you’ll struggle to see it.

The TV offering from the second tier this weekend focuses heavily on the bottom three, with Peterborough, Derby and Barnsley all facing sides with play-off ambitions.

Barnsley could climb out of the relegation zone – if only for a couple of hours – if they win their South Yorkshire derby against Sheffield United, currently ninth but only a point off the top six. Victory for the Tykes would pile the pressure on Benjamin Bloom’s team to watch, Reading, before they face Blackburn.

For the full preview of the weekend’s second tier action, check out Championship Big Weekend.

Shun the family and get comfy first for a London derby between Tottenham and West Ham at 4:30pm. At 5pm, you can turn over or flick between that and the Rome derby between Roma and Lazio, two sides separated in Serie A’s race for Europe by a single point.

At 6pm starts Forest v Liverpool in the FA Cup, which will take you all the way up to El Clasico. Assuming you have the right subscription…

La Liga’s broadcast rights arrangements perhaps mean the Clasico doesn’t get the same attention it used to on these shores. The huge gap between leaders Real and third-placed Barca – currently a 15-point chasm – is also a factor, and the clubs’ decisions to play at the Bernabeu in third and fourth kits is hardly befitting of the occasion.

But it remains a fascinating spectacle. Both sides are in fine fettle, with Barca undefeated domestically since December and on a run of four wins as they look to reassert their authority after a shambolic period at the Nou Camp. Real can boast a five-match winning streak in all competitions as well as five consecutive Clasico wins.

This latest meeting may no longer be a season-defining clash between two of Europe’s very best, but it is still well worth ignoring your family for a couple of hours on a Sunday night.