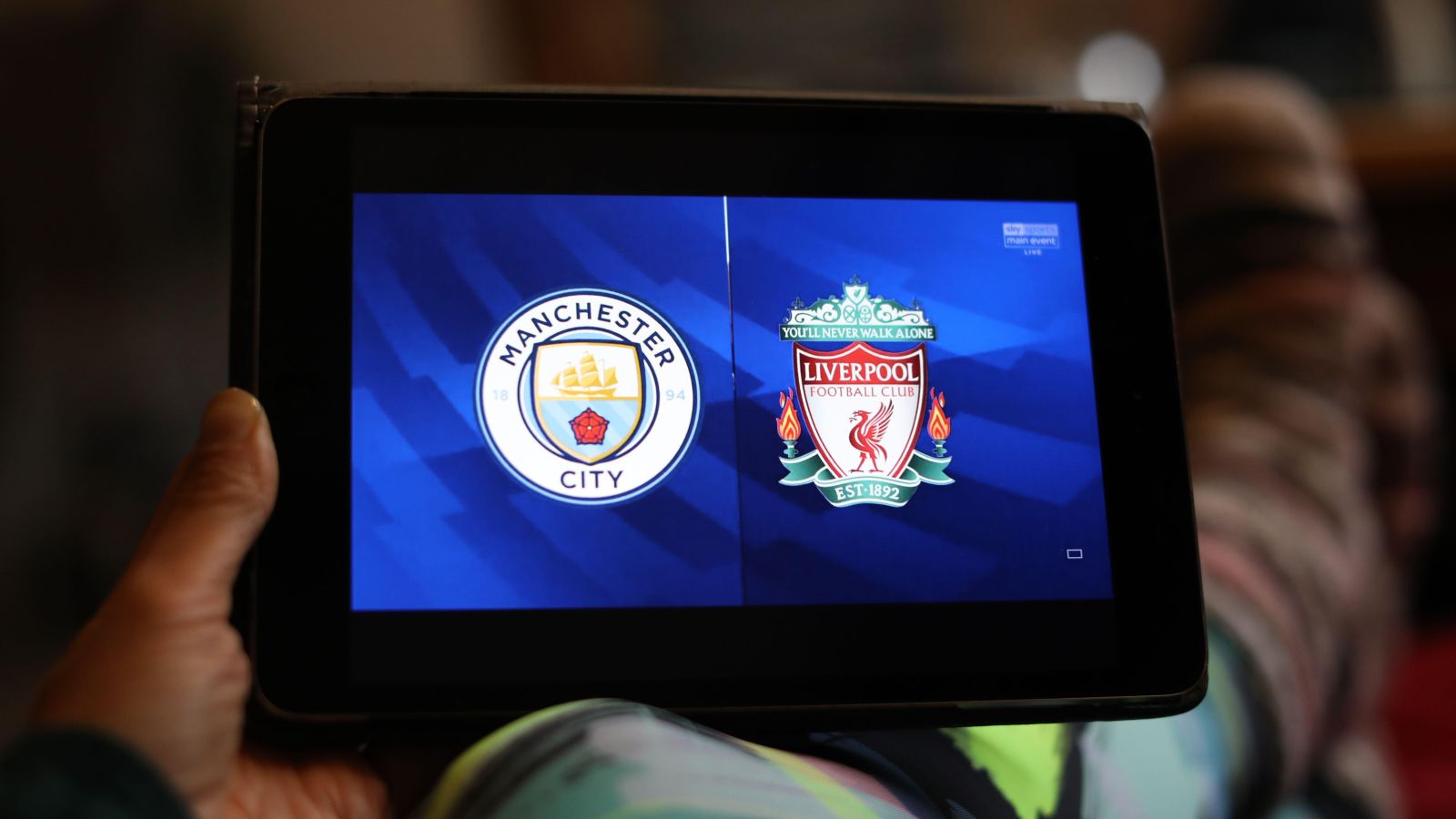 Was everyone watching Manchester City v Liverpool? On the contrary…almost nobody watched it.

Manchester City v Liverpool was the biggest game of the Premier League season. While the Premier League likes to trumpet its global reach, and it undoubtedly does have massive brand awareness, it is a little less keen that we concentrate on how many people actually watch their games across the world on TV. Brand awareness does not equal viewers, though the league would love us to believe it somehow does.

Nielsen, the TV audience research people, told The Observer newspaper that they estimated the Manchester City v Liverpool game would attract a global audience of about 20 million people. That’s 20 million people out of 7.9 billion on earth.

Does that number match our notion of how popular Premier League live games are? No it doesn’t. Not anywhere near. Why? Because 30 years of propaganda has gaslighted us into thinking it is far, far more popular than it really is. Yes, it’s a huge worldwide brand, but no, many billions are not watching it around the world; actually, it is a very niche choice to watch a live game. Yes, people have heard of and support some of the big Premier League teams, but no, they’re not watching their live games in huge numbers. Sorry.

It is important to say that the Premier League is easily the most watched league globally and that live games can be seen in 189 countries if you’re prepared to pay, though how many are watching in most of those countries must be a very small number indeed. There are also illegal streaming numbers to account for, though this has been estimated at typically around just 20,000 in the UK per game, as well as mass viewing in places such as pubs, though this is far less now than ever because it is too expensive for smaller pubs to carry and too expensive for many to drink in pubs.

Broadcasters all over the world pay big money to broadcast the Premier League, but we shouldn’t conflate that with outright popularity of broadcasts either, even though the league would love us to. Broadcasters want to show football for various reasons and lose money to do so. BT Sport lost two billion quid, Sky has never made a profit from broadcasting football and has always amortised the costs across the whole company. Why they keep paying is for another discussion.

The Premier League is brilliant at propaganda. They reason that if they tell people they’re watching a massive global event, then people will think they’re watching a massive global event. Ask anyone and they’ll tell you that the Premier League is massively popular and so we assume are its live broadcasts. You think that, I think that, we all think that. They have so successfully embedded this notion into our brains and backed it up with big money and wealthy owners, so it all feels like it’s a huge business, because if it wasn’t, why are all these rich people involved in it and why are the players paid such massive amounts of money? Even now, as I write this, I imagine a lot of people think I’m talking rubbish. But this isn’t an opinion, it is just counting. What you think about the numbers is up to you.

The way to measure the popularity of the league as a live spectacle is by how many people watch most or all of a game and there are, rather conveniently, no figures available to us to measure that. The broadcast industry traditionally records a viewer of any programme as someone who watches three consecutive minutes. But that is not an accurate measure for football. If you see just three minutes that is about 3% of the game, and even less of the overall two or three-hour broadcast. We’ve all seen three minutes of something and jumped ship because it’s terrible or you didn’t mean to watch it in the first place. It’s not worth a lot as a statistic, even though they offer a peak and low bracket for their figures which can differ by a lot.

However that is the Nielsen method and is all we’ve got, so with the limitations of their method in mind, in the UK typically anywhere from 250,000 to two million see a live PL game on BT Sport or Sky. Big games will get three or very occasionally four million on Sky, under two million at very best on BT Sport. Unpopular games on BT Sport might not get 200,000 to witness their fumblings. The peak is obviously quite a lot of people, but no-one could claim it is VERY popular as it usually isn’t enough to see a match make the top 50 most viewed programmes of the week. The City v Liverpool game should be a rare occasion when it does. This is one of the biggest markets for live broadcasts and may also be a reason why we overestimate the global popularity.

We also need to be aware that the league is happy for some of their client journalists to add up the total viewing figures across a season, come up with a figure in the billions and trumpet that as evidence of the league’s massive popularity when in reality, they are counting the same mad keen football viewers 30 or 40 times, and, let’s not forget, counting people who may have watched just three or four minutes. And it is also not unknown to add in free-to-air highlights viewers into the mix to declare as big a number as possible. Soon enough the majority of people on earth have watched the Premier League in any season. These are all tricks designed to gaslight us; alternative facts to lead us away from the truth.

My point here is not that the Premier League’s live games are actually unpopular (though some of the games between lesser teams absolutely are), but merely that it is nowhere near as popular as most of us assume it to be. And what popularity it does have is centred around Liverpool, Manchester United and Chelsea, not Southampton, Brighton and Norwich.

There is a dishonesty about all of this. When you hear Peter Schmeichel this weekend saying on the radio that “this is why everybody is watching the Premier League” he and many others in the media, like us, have been gaslighted into thinking something is true which isn’t true. This bullshit is at the core of how they trade.

From day one, the Premier League adopted the ‘fake it to make it’ philosophy except they never made it, so they’re still faking it and that’s how they made it.