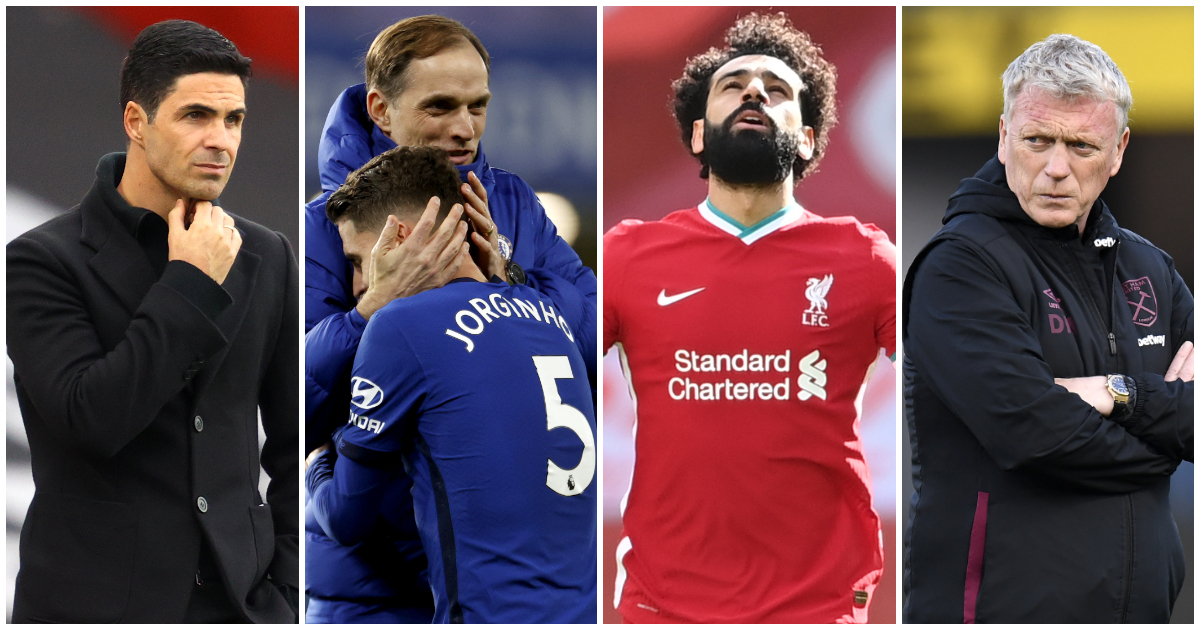 If you look hard enough, you’ll find plenty to play for on the final day. Like the battle for the main road between London and East Sussex…

Europa League qualification: Whichever of the three Champions League hopefuls misses out on the top four will settle for a Europa League place. Then a battle is raging for sixth spot, which is currently occupied by West Ham, but Spurs and Everton could yet deny the Hammers, even if Everton need to make up a three-point and eight-goal deficit. West Ham have Southampton at home; Spurs go to Leicester; Everton are at Manchester City. It would be very West Ham to f*** it up from here.

Europa Conference League: So Everton should probably focus on bettering Tottenham’s result while holding off Arsenal a point behind them to become the Premier League’s first representative in the Europa Conference League. Spurs currently occupy seventh but you’d be brave to back them at the King Power. Leeds could nick it, but they need the other three to lose while winning by something like 15 goals against West Brom. CHAAAAARGE!

Golden Boot: Harry Kane and Mo Salah are both tied on 22 with each striker looking to secure their third Golden Boot. Salah could fill his boots against Palace. Kane will have to make do with what he can muster at Leicester.

Playmaker of the Season: A real award, apparently. One for which Kane is the frontrunner to take Kevin De Bruyne’s crown. The Spurs striker is on 13 assists, one ahead of Bruno Fernandes. With nothing for United to play for at Wolves, it would make absolute sense for Ole Gunnar Solskjaer to sit Fernandes out ahead of the Europa League final three days later but the United boss seems petrified of telling Fernandes he’s being rested. So all Kane needs to do is score and create all the goals. As usual.

North London Trophy: The battle for supremacy in north London will go to the wire, with Spurs only a point ahead of Arsenal. But with Arsenal at home to Brighton and Spurs at Leicester, Mikel Arteta could still make the Gunners the top dogs on their own turf.

A23 Trophy: If Brighton beat Arsenal and Palace lose at Liverpool, the Seagulls will take control of the main road between London and Brighton. Weird. Brighton can also record their highest Premier League finish if results go their way and they can move from 16th to 14th or above.

Sixth place in the eternal table: This is the biggie. Should City beat Everton, they will leapfrog the Toffees in the all-time Premier League table. City are two points behind Everton’s total of 1,535 points since the start of 1992/93.

Bad champions: If City fail to beat Everton, of the last 11 title winners, their points tally will only be higher than Leicester’s winning total in 2015/16. Pep out.

Ever-presents: Six players – two midfielders – need another full outing to finish the season having played every Premier League minute. James Ward-Prowse and Pierre-Emile Hojbjerg have been ever-present so far, as have Emiliano Martinez, Kasper Schmeichel, Hugo Lloris and Aaron Ramsdale. The minute he missed after being wrongly dismissed against Fulham disqualifies Tomas Soucek.

Chelsea’s top scorer: On seven goals – all of them penalties – Jorginho is in danger of finishing the season as Chelsea’s top scorer in the Premier League. He is currently one goal better off than Timo Werner and Mason Mount. Which is embarrassing for all concerned. Tammy Abraham is also on six which is where he’ll stay for as long as he remains on Thomas Tuchel’s sh*tlist.

Possible final positions ahead of the final day: