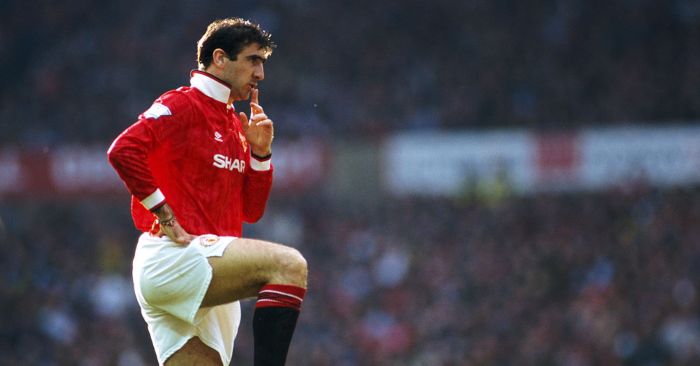 Let’s forget our furloughing fury for a moment and remember a simpler time, when the Premier League was in its infancy and foreign imports were a rare delicacy. Here’s a First Season Foreigners XI…

Goalkeeper: Peter Schmeichel
A Danish legend and perhaps the greatest goalkeeper the Premier League has ever seen (not that he didn’t have the odd bad game), Peter Schemeichel joined Manchester United in 1991. The move was seen as a potential risk at first, but Alex Ferguson knew he needed an upgrade on Les Sealey, who had been first choice for most of the 1990-91 season. It turned out pretty well for the club; they finished second in the last ever First Division season before going one better the following year. Schmeichel’s furious passion and determination as well as his incredible shot-stopping and distribution helped United take the next step in their bid for domestic and European success. Your goalkeeper challenge for the day is trying to remember the nine other foreign goalkeepers who made an appearance in the 1992/93 Premier League season.

Right-back: Roland Nilsson
Nilsson fends off competition from fellow Scandinavian Gunnar Halle of Oldham Athletic (cue younger fans double-taking at Oldham Athletic being a Premier League club) for the right-back spot in the team. The Swedish hero had already spent two-and-a-half years getting used to the Yorkshire tones of David Hirst and co in Sheffield by the time the Premier League commenced in 1992. The only other foreigner in the Sheffield Wednesday ranks at the time was USA international and future film star John Harkes.

Centre-back: Henning Berg
Blackburn Rovers were a club on the up in 1992. Bankrolled by Jack Walker’s wealth, they had won promotion from the old Second Division to earn a place in the newly formed Premier League. Walker purchased Alan Shearer from Southampton for a British record fee but wasn’t going to stop at buying England’s best talents. Blackburn also signed up-and-coming defenders Henning Berg and Patrik Andersson to cement their position in the top flight. Andersson didn’t stay around for long, but Berg turned out to be one of Norway’s finest exports. It was just a shame for Walker that he didn’t see the same potential in Zinedine Zidane, preferring England’s late debutant Tim Sherwood in midfield.

Centre-back: Gudni Bergsson
Bergsson joined Tottenham in 1988, the same year Geordie legend Paul Gascoigne arrived at White Hart Lane. The Icelandic defender proved to be a dependable and versatile player under the management of Terry Venables. By 1992, Gazza was gone but Bergsson remained as one of three foreigners in Tottenham Hotspur’s first ever Premier League squad, along with goalkeeper _________ (you’ll have to guess) and the Spaniard Nayim. Former Spurs youth player David Beckham certainly picked up a trick from Nayim, who once scored from (almost) the half-way line against Arsenal whilst playing for Real Zaragoza.

Left-back: Stig Inge Bjornebye
The Norwegian Premier League XI left-back, Bjornebye was part of a Liverpool squad that had already embraced foreign imports into their ranks. A long-standing African goalkeeper was already at the club when Bjornebye arrived, as well as Jan Molby and football blooper show favourite Ronny Rosenthal. The less said about Torben Piechnik and Istvan Kozma the better (feel free to send in your worst Premier League foreign signings XI).

Random fact: his debut game for Liverpool FC was 5-1 defeat against Coventry. pic.twitter.com/213sBTQLN3

Right wing: Andrei Kanchelskis
Manchester United certainly had an eye for foreign talent in the early nineties; Andrei Kanchelskis and Peter Schmeichel both cost the club less than a million pounds each. Despite battling with the undercapped Lee Sharpe for the right-wing spot, he still managed 27 appearances for United in the inaugural Premier League season. The Russian international was occasionally infuriating to begin with but he was infallible in the 93/94 season, dazzling Old Trafford and dizzying full-backs across the country as United won the domestic double.

Central midfield: Jan Molby
Though injuries and subsequent weight issues curtailed Molby’s ability come the advent of the Premier League in 1992, he had been a superb player for Liverpool in the eighties. A winner of three league titles and two FA Cups, including a heroic performance in the 1986 final against Everton, Molby was part of a golden era at Anfield. By the nineties he had developed a unique hybrid Dane/Scouse accent to help a new wave of Nordic imports acclimatise to life in Liverpool.

Central midfield: Anders Limpar
One of three foreigners in Arsenal’s 1992/93 squad, Anders Limpar had joined the Gunners in 1990 and was a First Division winner with the club the following year. However, the Swede struggled to find consistent form and departed for Everton in 1994. Goal-shy John Jensen was another foreign player in Arsenal’s ranks; the Dane became famous as one of the George Graham bung scandal signings along with the Norwegian Pal Lydersen. Those inauspicious signings cost Graham his job in early 1995, but later that year Arsenal finally made a game-changing foreign signing in the shape of Denis Bergkamp.

Left wing: Peter Ndlovu
Slick-haired American Roy Wegerle and Zimbabwean Peter Ndlovu  were the only foreign players on Coventry City’s books in the Premier League’s maiden season. The West Midlands side became well known for their relegation-avoiding escapades in the nineties, whilst bloodying the bigger boys’ noses on the way. The nimble Ndlovu often played a part in those games and famously bagged a hat-trick at Anfield in 1995, leaving Neil Ruddock spent as he scored his third. He dropped down a division to play for Birmingham City in 1997, but left Coventry fans with some fantastic memories.

He was capped 100 times for the national team and scored 38 international goals.

Peter Ndlovu turns 47 today – he was the first African to play in the Premier League @Coventry_City @HighlanderBosso pic.twitter.com/7RadXv6VwK

Striker: Dwight Yorke
Part of a strong Aston Villa squad in the early nineties, Dwight Yorke was close to becoming a Premier League winner in 1993. Irish hero Paul McGrath was imperious in defence that year, lining up alongside fellow countrymen Steve Staunton and Ray Houghton in midfield, but it was Yorke who provided a youthful spark up front. Villa lost out to Manchester United that season and the Trinidad and Tobago star eventually left Villa Park for the trophies on offer at Old Trafford. John Gregory may have wanted to shoot him for forcing that transfer, but helping fire United to a treble in his first season fully justified Yorke’s decision.

Striker: Eric Cantona
Completing the collection of fine imports to Manchester in the early nineties, Eric Cantona’s influence secured United the title in 1993, which made him the first Frenchman to win the competition. Cantona’s departure from Leeds United during the season left the Yorkshire side with Frank Strandli as their only foreign player, although the totally non-English Tony Dorigo could surely count as another. Cantona was rewarded for his efforts by becoming the Premier League’s highest-paid player; four league titles out of a possible five whilst at United proved he was well worth it.