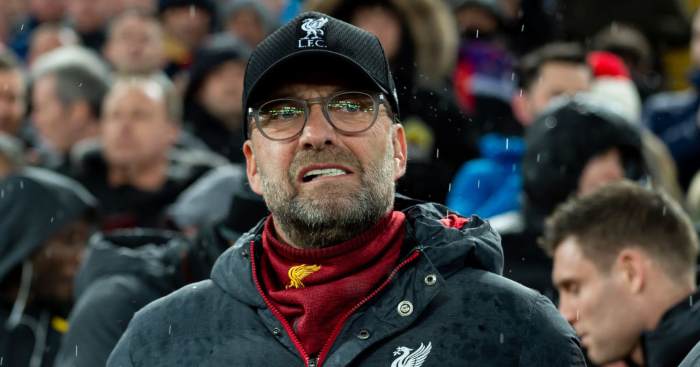 Liverpool will begin their Premier League title defence at home to Leeds.

In what will be a first meeting between the two clubs in the top flight since February 2004, the Anfield fixture provides Marcelo Bielsa’s side with the most sobering of challenges after they won the Championship by ten points less than a month ago.

Elsewhere over the weekend of September 12 – the delayed start due to the ongoing adaptation to coronavirus – Manchester City play host to Aston Villa, Manchester United go to Burnley and Chelsea visit Brighton.

Why aren’t Liverpool favourites for the title?

Fulham, Championship play-off winners, are at home to Arsenal, while the third promoted side, West Brom, take on Leicester.

With the season starting in mid-September due to the enforced delay of the previous one, the 2020-21 campaign is scheduled to run through to May 23, with the winter break abandoned.

By the time Liverpool host Crystal Palace on that weekend they will hope a successful title defence has been completed, though the likes of Manchester City (Everton at home), Manchester United (Wolves away) and Chelsea (Aston Villa away) will want to have something to say about that.

Leeds and West Brom will hope their final-day shoot-out is not a relegation one, as will Fulham and Newcastle, while Arsenal close against Brighton, Leicester at home to Spurs, Sheffield United against Burnley and Southampton at West Ham.

Midweek fixtures are at a premium as competition organisers try and fit a full season into one less month, with the first four rounds of the Carabao Cup – Premier League sides enter in the second and third rounds depending on European commitments – accounting for the first four midweek slots of the campaign.

Later in the season, FA Cup replays have been scrapped to further ease the burden on squads, while all 20 competing clubs wait to learn when they will be able to play in front of a crowd again with fixtures currently behind closed doors due to the pandemic.