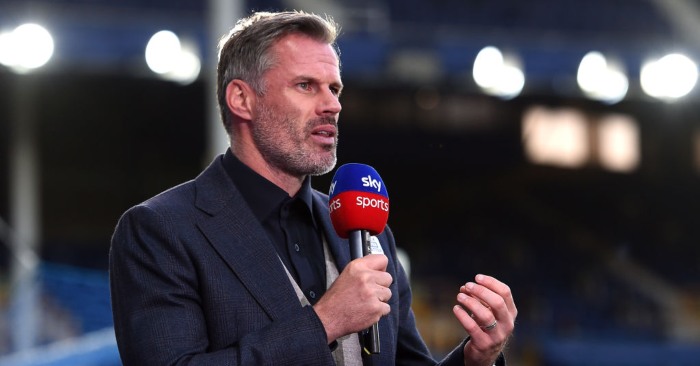 Football TV without crowds – is it any good? Opinions are divided but mostly settle around the ‘well, it’s better than nothing’ stance.

But what do the viewing figures tell us about the new season’s popularity? Has it crashed and burned or is it more popular than ever simply because a lot more people are at home and at a loose end?

Clearly, the broadcasting industry is, as ever, keen to sell itself as super-popular. Indeed Sky – hand in hand with the Premier League – have conducted a 28-year propaganda campaign to convince us that it is very big and very popular. So successful has this been that the 28 Premier League years are referred to as a hermetically sealed, separate entity to football’s other 120 years. We commonly define stats by ‘in the Premier League era’ as though it is a world in and of itself, when really it’s just 28 years since a brand name change.

Anyway, they were at it again this week with a story in The Independent, telling us in a big headline:

‘Manchester United and Liverpool defeats helped Sky Sports to its highest ever viewership.’

The tag underneath was more revealing.

‘Heavy defeats for two of the Premier League’s big-hitters drew a peak audience of 3.3m as 14m viewers tuned in at the weekend with fans continuing to be locked out of sporting events.’

Now, how this is meant to work is that we see the 14m figure, we see the words Manchester United, Liverpool and Premier League and then don’t read further. Wow, 14 million people watched two Premier League games!!! It really is the Best League In The World.

Obviously, this isn’t true. Twenty-five minutes into the United game, Sky had 3.3 million viewers as a peak. This is high by their normal standards and worth shouting about in itself, especially as the low end of the viewing figures bracket for this game was still around two million. In 2018/19 they only got a peak of two million or more in 16 out of 128 games.

From there it all gets a bit weird. Basically, to get to 14 million, Sky seem to have added up the viewing figures for all their sports channels across 24 hours, then pretended that these are all unique viewers without any crossover between programmes and fed the press a story trumpeting 14 million viewers without making the distinction between viewership numbers and actual viewers. Many will have watched up to four football games, checked into Sky Sports News too, maybe spent some time viewing the Vitality Blast Finals day at Edgbaston, the Indian Premier League, the PGA Tour, the LPGA Tour. NFL coverage and Joshua Buatsi’s fight against Marko Cali. If you did, you’d have been counted as a viewer up to 10 times.

The silly thing about this is that they obviously did have a good day, with lots of people watching their output. Just not 14 million people. By putting the facts in a hall of mirrors, all that they succeed in doing is making people cynical about any claims they make. It is surely self-defeating. But then perhaps a lot of people do just see the headline and the number and absorb it as truth.

So let’s have a look at some other football numbers from this week to see how The People’s Game is delivering for the people.

Aston Villa’s extraordinary game against Liverpool got between 2 million and 2.5 million viewers on Sky. Very decent again, by their norms. Arsenal v Sheffield United had a low of 743,000 and a high of 1.1 million: more typical of a non-big Sky game.

Hop over to BT Sport for Leicester City v West Ham and you’d have been one of the 460,000-832,000 watching the Hammers play much better without David Moyes being present. Again, not untypical of their audiences for such games.

MOTD2 highlights of an amazing weekend of goals clocked in with an audience of 2.8 to 4.1 million. This out-performed Saturday’s show, which claimed 2.6m to 3.1m – 24.5% of the available audience. In other words, about one in four people watching TV at that time were watching MOTD.

Earlier on Saturday, Leeds’ game against City on Sky’s two channels pulled in 1.5 to 2.2 million viewers, which is about par for the course.

So what’s going on? When football resumed in the summer there was much PL instigated ballyhoo about how they had got their biggest ever audience on the BBC of 5.7 million for Southampton’s kickabout against City. And given their spurious 14 million story, they’re obviously as keen as ever to associate their PL coverage with popularity. Why wouldn’t they be? It was their primary subscription driver for many years, after all.

It is early in the season and it’s not possible to tell whether numbers will sustain, increase or drop off, but early indications are that ‘normal’ figures are being largely sustained. There may be a little evidence that ‘smaller’ games are attracting less than would be typical and that ‘bigger’ games are pulling a little more. Year-on-year comparisons are shot through with caveats though, so hard conclusions are not easy to make.

One thing we can say without much fear of contradiction is that football on TV is pretty much as popular as it ever was when crowds existed. The core audience hasn’t gone up or down much. It’s still there and is still watching in admittedly relatively small numbers most of the time on Sky and especially on BT Sport. There’s no sign of loads more people signing up to pay to watch football, no sign of more people flocking to watch MOTD either. But equally, few seem to have jumped off the football ship as it runs aground on the rocks of covid-19.

Incidentally, Amazon does not release figures for how many watched their games. Naturally, every press release declares them to be amazed and delighted by increases in Prime subscribers, but without independently verifiable facts, we should raise an Ancelotti-style eyebrow. Pub figures are currently marginal for obvious reasons.

Illegal streaming is an ever-present issue to build into these numbers. I was told by someone in the illegal streaming business that this is a huge issue outside of the UK but less so domestically. They estimated that big games attract up to 100,000 illegal streams in the UK, but into four figures for less attractive games. However, this is all speculation. No-one really seems to be able to accurately measure it.

Given negotiations for the next rights packages will begin soon, this is all good news for the Premier League’s bargaining position, as it can point to its product as being as popular as ever, so please give us loads of money so that every club can buy loads of Joelintons because that’s what we all want to make us happy.

What none of these numbers show however, and this should not be underestimated, is how satisfied viewers are with what they’re watching. We all watch TV that we actually don’t really enjoy much (and that’s not just when Joelinton’s playing). It’s without doubt a much worse version of football without the crowd providing an atmosphere. If you do doubt this, just watch a clip from any old game. It now looks like it is from an alien planet. The level of emotion now seems incredible to behold. But crowdless is all there is on offer, so we watch it regardless. In the long term this may lead to a decay in numbers; it certainly isn’t likely to lead to an increase.

But one thing is not in doubt, football is an incredibly resilient sport, even if its finances are not, and it currently seems that it will always have a TV audience, but how big that will be in the long term remains to be seen.