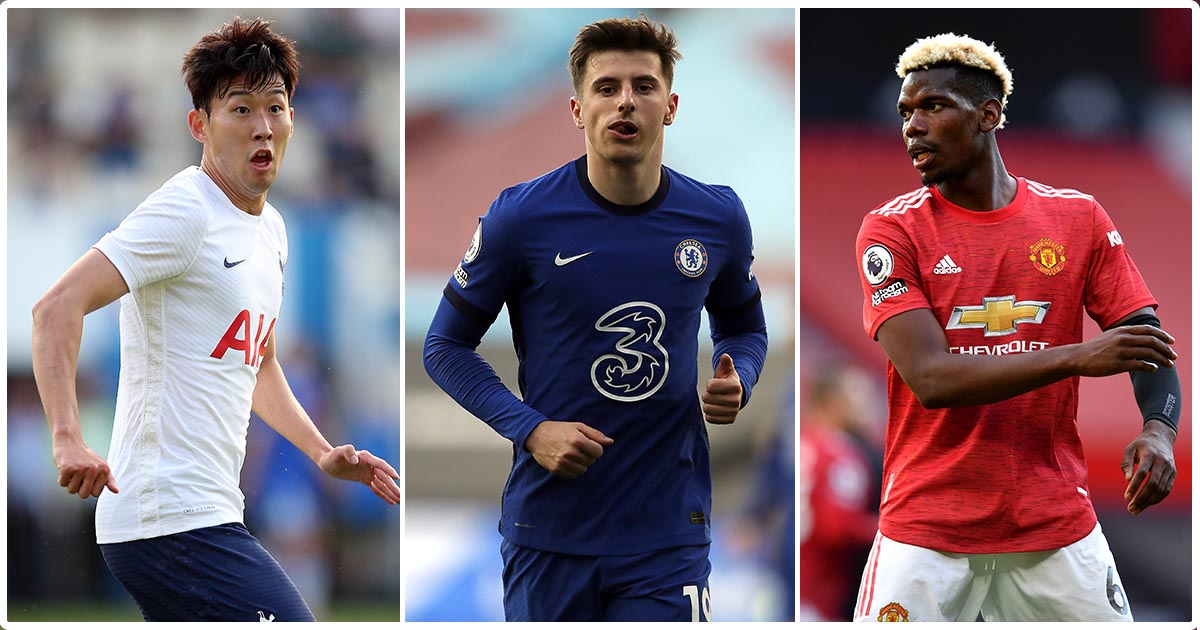 Tottenham v Man City is the biggest game of the weekend but first we start with Man United and the start of a defining season, while Crystal Palace could struggle.

Unlucky timing for Solskjaer’s defining season
Ole Gunnar Solskjaer will have been in charge for three-and-a-half years by the end of the 2021/22 season, and should he still be trophy-less at that point – and should Manchester United have failed to challenge for the title – then he will be under significant pressure. After adding Rafael Varane and Jadon Sancho this summer, he is expected to deliver on a promising 2020/21 campaign, and yet like so many others the dramatic change back to pre-pandemic conditions disrupts things somewhat.

It’s possible that without a new central midfielder they will start to drift, the manager’s broad-strokes approach unsuited when energy levels ramp up across the division. Certainly they appear to be in the weakest position among the Big Four, which is sheer bad luck as far as Solskjaer is concerned: his most important season happens to come at a time when Chelsea and Liverpool look much stronger than this time a year ago.

Man Utd’s start to the season is crucial. If they struggle in the first few weeks then the narrative might start to turn, and Leeds United is hardly the easiest start – even if Solskjaer’s side did win 6-2 at Old Trafford in December. That was a bit of a freak result given Leeds’ good defensive record through the season, and instead we should expect something closer to the 0-0 between the sides in April, making under 2.5 goals at 5/4 a decent bet (Planet Sport Bet).
Leeds’ aggressive pressing will ensure it’s an even game territorially, yet with the hosts’ solid defensive structure and the visitors’ attacking focus down the wings – as opposed to Man Utd’s softer centre – it is unlikely Solskjaer will suffer defeat on Saturday. Marcelo Bielsa hasn’t made any significant summer signings and there is always the risk of second-season syndrome for newly promoted clubs.

It’ll be tight, but Man Utd should edge it by a single goal, which is priced at 13/5 (Planet Sport Bet)

Vieira in for a very difficult start at Palace
The arrival of Romelu Lukaku completes Chelsea’s team and puts them in a superb position to challenge for the title. The end of pandemic football, plus a full pre-season for Thomas Tuchel to fine-tune his players, should mean Chelsea come flying out of the blocks with high-energy attacking football. The consistent 3-4-3, slow possession, and low-scoring games of 2020/21 was just Tuchel’s way of navigating the unique variables of a uniquely difficult season.

Crystal Palace fans are no less excited about the revolution happening at their club. Patrick Vieira has been tasked with upgrading on the safety-first football of the Roy Hodgson era with a more progressive and adventurous approach, and while the spectre of Frank de Boer still hovers over Selhurst Park some smart acquisitions – Marc Guehi, Joachim Anderson, Michael Olise and Conor Gallagher – have left most pundits optimistic about the 21/22 season.

It shouldn’t. Eberichi Eze’s injury and a lack of reinforcements up front is likely to make Vieira’s football blunt in the final third, plus the focus on signing young players with growth potential is a huge risk considering the club are already risking a lot by moving away from Hodgson’s tried-and-tested methods. There really isn’t enough strength in depth for a total style change, and from the looks of pre-season Vieira is not holding back; flying full-backs, heavy position rotation, and a high back line have been on show through July and August.

Is he really a good enough manager to pull that off? Vieira did well in the US but frankly underperformed in two-and-a-half years at Nice, seemingly picking his formation and tactics at random. They were a bit of a mess, aimlessly drifting in mid-table, and should things similarly unravel at Palace then relegation looks highly likely. Such a tricky rebuild requires precision and experience, of which Vieira has neither.
There’s value in backing Palace to go down at 6/4 (Planet Sport Bet).
Clearly their opening game of the season won’t provide us with any answers. Palace will be forced onto the back foot at Stamford Bridge no matter the manager’s intentions and Chelsea, buoyed by their Super Cup win and in their groove under Tuchel, ought to blow Palace away.

Nuno could expose some old City wounds
Pretty much everything that could have gone wrong has gone wrong for Tottenham Hotspur this year. In mid-December 2020 they were top of the Premier League table. In eight months since, they’ve suffered a Jose Mourinho collapse, the Super League scandal, a bizarrely botched search for a new manager, and Harry Kane trying to force a move to Man City.

Nuno Esperito Santo isn’t the manager Tottenham Hotspur fans wanted, but although he is more of a modern Mourinho than the ‘free-flowing, attacking and entertaining’ coach Daniel Levy promised, his conservative instincts are the right fit for games like Sunday’s.

Nuno’s Wolves beat Man City twice in 2019 by sitting back, compressing the space, then launching fast counter-attacks with long balls in behind Pep Guardiola’s high line. It is a pretty simple strategy in theory, but few pulled it off as well as Wolves – and Spurs have the right players up front (Heung-Min Son, Lucas Moura and Stephen Bergwijn) to do something similar. Spurs to win at 17/4 could be worth a punt (Planet Sport Bet).

It could even create the first big narrative point of the 2021/22 season, because should Spurs win then questions may be asked of Man City’s transfer policy this summer. The champions are in a very strong position, on paper, to retain their crown and yet under the surface there are reasons to be a little concerned.

Last autumn, when City sat eighth on 20 points from 12 games, many wondered if Guardiola’s ageing squad, slowing press and soft midfield suggested his era was coming to an end. Guardiola proved everyone wrong, of course, by adapting to pandemic football with a slower possession game, but now stadiums are back at capacity those old issues could re-emerge. After all, City have not strengthened in central midfield and possess one of the oldest teams in the division.

Guardiola has already warned that City could make a slow start to the season, so if Spurs do reduce Man City to sluggish possession – before hitting them on the break – cracks may appear over the coming weeks.

Certainly there will be goals in this one; back over 2.5 at 4/5 (Planet Sport Bet)