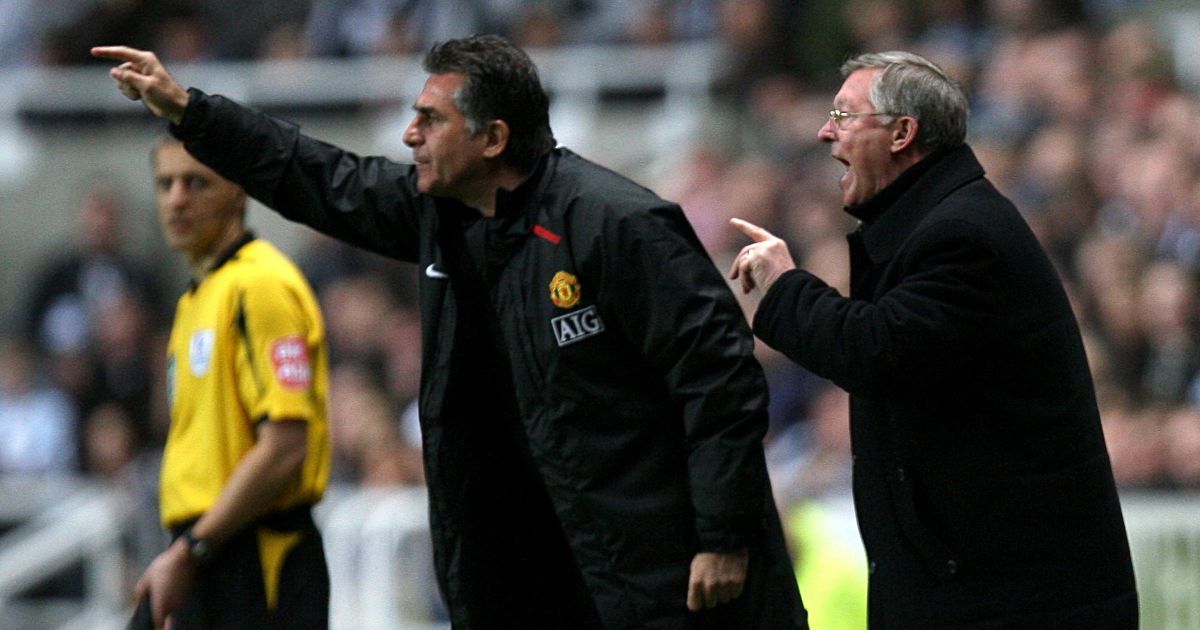 Where are thou, Jody? So Ashley Cole and Frank Lampard are together again at Everton. Trusted lieutenants are important, as these examples will testify…

Zeljko Bovac and Pep Lijnders under Jurgen Klopp
Jurgen Klopp described his gegenpressing zeitgeist, Zeljko Buvac, as his “right hand” so it was quite something to see the Liverpool boss reaching the Champions League final in 2018 without the man who had been his work partner since those Mainz and Dortmund days. Buvac later insisted that “people live together for 30 years and then they break up. It happens.” The Bosnian, known as ‘The Brain’, also said he had literally done the job of the manager without the interviews…which is fighting talk.

Lijnders came as the perfect in-house replacement, having already spent almost three years at Anfield under Brendan Rodgers and then Klopp. His tactical tweaks were allegedly crucial in switching the Reds’ previous ‘basketball’ style to a more controlled tempo which reaped the rewards of a league title and a Champions League. The Dutchman gives pretty good press conferences and hugs too. “It’s never boring with us,” he joked when standing in for the real boss after the 2-2 draw at Stamford Bridge in January. Apparently, FSG love him to death. Klopp does too: “I love his mood, I love his attitude.” Opportunity may knock when the German’s contract is up in 2024…

Jody Morris under Frank Lampard
Their good cop/bad cop routine act was borne out of an enduring two-decade friendship. The ‘lads together’ mentality that began when Lamps was at West Ham and Morris at Stamford Bridge formed a sparky working partnership that eventually got Derby to the Championship play-off final. The Chelsea Under-18s won the FA Youth Cup, Premier League Cup and Premier League youth titles under Morris, so when Chelsea came calling for Lampard after Sarriball ran out of road, his old drinking mate came as part of the deal. When their partnership was broken for Teutonic Thomas, Morris emoted: “I am also immensely proud to say I’ve been stood next to our gaffa…. who has worked tirelessly to improve the players and the culture every single day.” Jody is now the jilted one as Cole moves into Merseyside.

Rodolfo Borrell and Juanma Lillo under Pep Guardiola
Borrel spent 13 years at Barcelona’s famed La Masia nurturing a couple of kids called Iniesta and Messi before revamping Liverpool’s ailing academy under Rafa Benitez. He became Pep’s assistant coach when the Spaniard started the root-and-branch total football project at City in 2016 and was particularly influential in helping Phil Foden transition to the first team. But Guardiola saved his most vocal praise for newest recruit Juanma Lillo, who managed the boss during his final playing days in Mexico: “His knowledge of the game is overwhelming. He sees some things few people in the world, me included, are not able to see.” How about the line-up in Porto last May, Pep? Were you listening?

Little Sammy under Big Sam
After Virgil van Dijk’s late header dumped Everton out of the FA Cup in 2018 at Anfield, Little Sammy turned away in disgust as Big Sam looked like he was chewing on something deeply unpleasant. They have been the tag team that upset the applecart ever since hitching up at Bolton in 2005. Sycophantic Sammy bigged up his namesake to elephantine proportions: “At the risk of sounding disrespectful to anyone else, I had no hesitation but to join Bolton. In my opinion, Sam Allardyce is one of the best English managers in the game, a man who lives and breathes football.” Their disruptor tour has even seen them joined at the hip with the national team, however briefly, before almost upsetting Liverpool’s Champions League charge last season at doomed West Brom.

Gary McAllister under Steven Gerrard
Gerrard and McAllister came together at the turn of the Millennium when the 35-year-old was brought in by Gerard Houllier on a Bosman to guide the 20-year-old at Anfield. Gerrard immediately rang his agent who said: “Gary Mac will be brilliant for Liverpool, and for you as well. Listen to him. Learn from him.” To which the youngster replied, “McAllister can learn off me!”

How wrong junior Gerrard was as the duo started a 21-year bond by bagging the FA Cup, League Cup and UEFA Cup for the plastic treble. As Stevie G got the job at Rangers, he took Gary Mac’s parochial and paternal knowledge of the Glaswegian landscape with him. When Gerrard eventually bagged the title last year, his assistant described it as “decent”. Both men do not waste words, although it’s hard to suppress a smile when you win at Goodison…

Seems like McAllister talked the boss into the move to Villa Park: “So I’ve done a lot of homework and education around the club but having Gary as my assistant, he spoke very highly of not just the club and the history, the size and tradition but the people.”

Carlos Queiroz under Sir Alex Ferguson
The Portuguese is quite the combustible character as he has just proven at AFCON. Assistant to the equally flame-throwing Fergie in two periods, from 2002-3 and the heady days of 2004-2008, when three titles and a Champions League were delivered with the Rooney-Tevez-Ronaldo attack dogs revitalising the team. Fergie had the Portuguese’s back, even testifying in Queiroz’s defence after he was accused of misbehaviour towards anti-doping personnel ahead of Portugal’s 2010 World Cup camp. The Scot revealed that in the job interview Queiroz looked “immaculate, shaven and was as smart as a fresh pin”. Remember the Fergie rules? Everyone represents Manchester United on and off the pitch. Dele Alli take note….