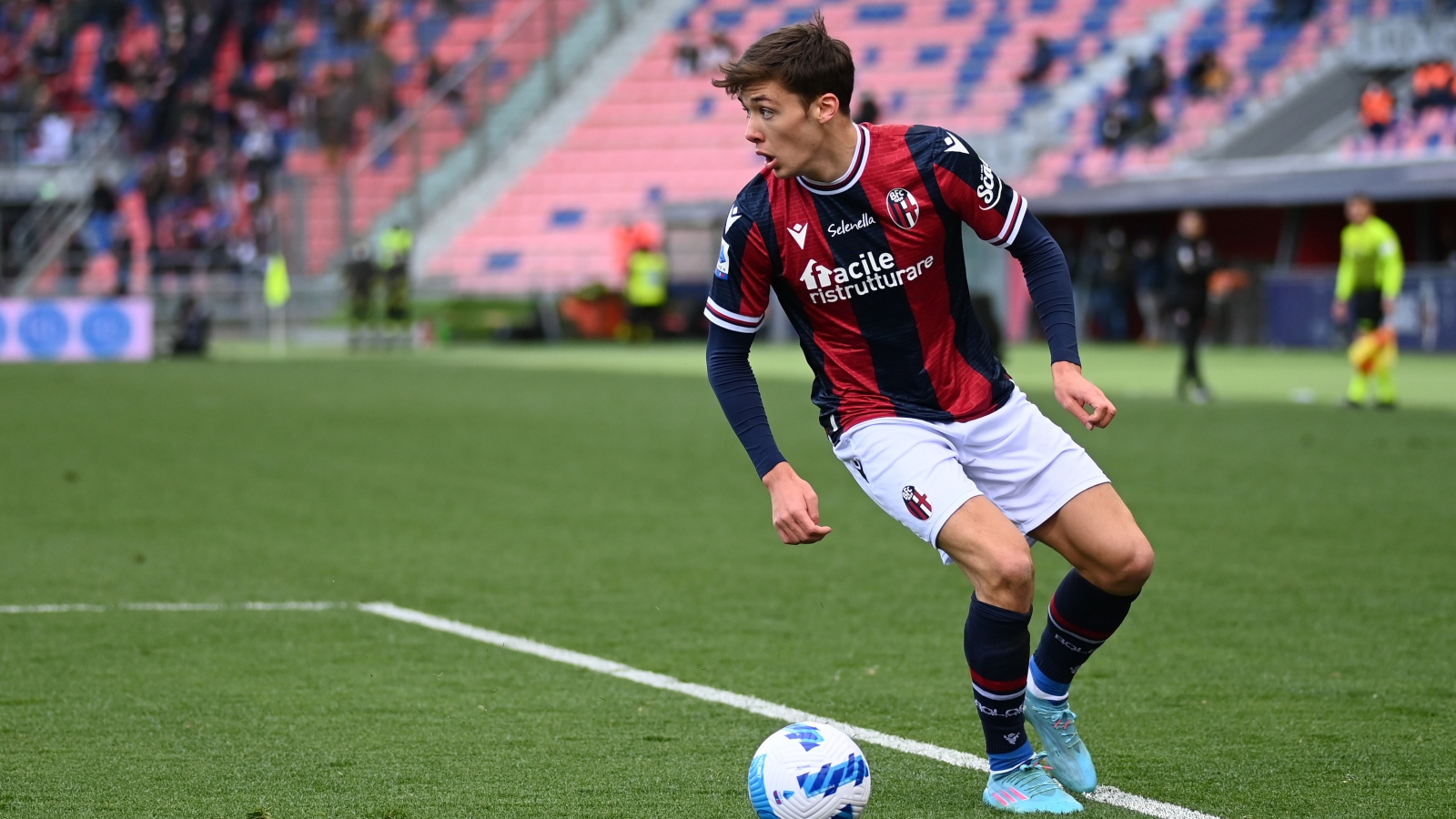 The Premier League’s big six are all tracking Bologna teenager Aaron Hickey, according to reports.

Hickey left Hearts in 2020 for a reported £1.53million fee and has gone on to make 38 appearances for the Serie A side.

Liverpool get easiest QF but they are at a ‘disadvantage’

He is now a mainstay in Bologna’s starting XI and has only missed two league matches this term.

Hickey is a versatile player who can operate on either side of defence. He can also play as a wing-back or wide midfielder.

The 19-year-old has already been linked with Aston Villa after Birmingham Live journalist Ashley Preece said the Villans would replace Matt Targett with Hickey in the summer transfer window.

However, 90min claim that each of the Premier League’s ‘big six’ clubs have sent scouts out to watch the Scot.

Many recruitment chiefs see Hickey as a ‘unique’ player due to his ability to play with both feet.

A 90min source said: “Hickey is a top talent, almost unique in that he can play equally well on either side – but that is because he is as good with both feet, some scouts have compared him to Irish legend Denis Irwin, but with better feet!”

The defender is reportedly enjoying life in Serie A and is under contract at Bologna until 2024. This week, Hickey received his first call-up to the Scotland senior squad.

Meanwhile, Gary Neville doubts Thomas Tuchel will leave Chelsea in the summer amid speculation linking him to the Man Utd job.

“With Chelsea, we’ve seen the reports over the past 24 hours, they are going to swap one multi-billionaire for another, so they are not going to be weaker from a financial point of view.

“If he is settled there, he’s got a good team, he’s achieved success, I don’t think he’d leave if the new ownership came in – and obviously all the restrictions were removed – and gave him the right support on building a project.”