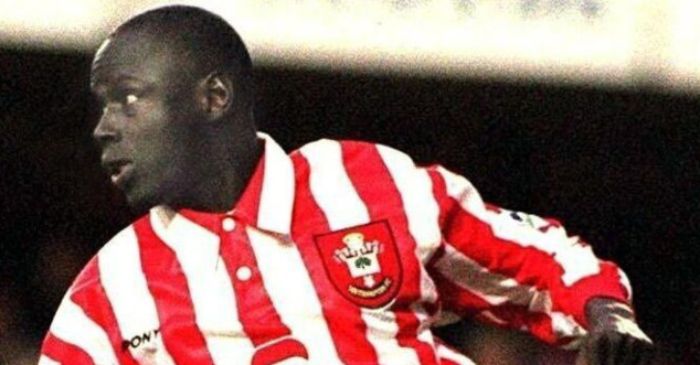 Remember when, the Premier League unveiled its official Hall of Fame? It promised to ‘recognise and celebrate the exceptional skill and talent’ of stars gone by, with Alan Shearer, Ryan Giggs and Thierry Henry among the first potential inductees.

The announcement featured some glorious vague platitudes, from appreciating “world-class players who have defined generations and provided us with compelling football season after season,” to awarding “the very best” with “the highest individual honour” possible.

But that is pretty boring. Everyone knows how good Roy Keane was, how effective Frank Lampard could be at having shots deflected and how ‘a personalised medallion, engraved with the year of their induction’ will probably not fill the Premier League trophy-shaped hole in Steven Gerrard’s very existence.

So let’s reverse the criteria, remember those whose spells were lamentable, cherish those whose time was regrettable, respect those who were memorable for the wrong reasons.

As with the Hall of Fame, the Hall of Shame will only judge a player’s Premier League career when considering their candidacy, and inductees must have retired.

So without further ado, let’s give a rapturous round of applause to our first member.

November 1996 was a momentous month for the embryonic Premier League. The nation – the world – had been swept up by a European Championship hysteria that captured the football zeitgeist more effectively than perhaps ever before or since that summer. Eric Cantona, the rehabilitation of his image complete, was in the midst of his final season before retirement. And his wider impact was still being felt as the foreign import started to become commonplace rather than statistical quirk.

Patrick Vieira, Paulo Wanchope, Patrik Berger, Paulo Futre, Gianluca Vialli, Karel Poborsky and Fabrizio Ravanelli had all joined at the start of the season. Gianfranco Zola would arrive soon after to boost Chelsea’s title hopes. Arsene Wenger became only the fourth non-British or Irish manager to coach a club in England’s top- flight. The Premier League as we know it now was starting to take shape.

But that residual scepticism remained. Bruce Rioch’s replacement was greeted with a scoffing ‘Arsene Who?’ headline. The perception of ageing overseas players as fancy mercenaries would be difficult to change. The fear of the unknown lingered. And Southampton did more than most to reinforce it.

“He played with George Weah at Paris Saint-Germain,” Graeme Souness told the assorted and intrigued media at their Staplewood training ground. “Last year he was playing in the second division in Germany, and we’ve said ‘come down and train with us for a week or so and see what’s what’, so we’re looking,” he added.

It was a trick 31-year-old Ali Dia had attempted before. Port Vale’s secretary later recalled that “he didn’t impress” on trial, while Gillingham manager Tony Pulis described the striker as “rubbish”. Harry Redknapp of West Ham was offered the unknown player via a mystery phone call, but even he “thought this was a wind-up”.

The alarm bells were practically deafening, ringing in the ears of every club, manager and scout that might be targeted by the con.

But Souness, gripped by an injury crisis, was suitably intrigued. He had never seen Dia play, not for PSG, not in Germany and not in any of his purported 13 international appearances for Senegal. Certainly not for Blyth Spartans, the non-league team he had actually been playing for, nor Gateshead, the one he would join upon his release.

Fate dictated that the reserve team friendly Dia had been scheduled to play in – and thus the match that would surely have uncovered his hoodwinkery – was cancelled due to a waterlogged pitch. Souness, beset with a desperate lack of options and eager to impress in his first coaching position back in England since leaving Liverpool, named him in his squad for a Premier League fixture a few days later.

Keith Burge played advantage. Eyal Berkovic ghosted through a porous midfield. Leeds were exposed. Southampton, mired in mid-table, had lost their last game 7-1 at Everton but beat an uncharacteristically grey Manchester United 6-3 the previous month. They were the epitome of inconsistency, presented with a glorious opportunity to take a first-half lead against their struggling visitors.

Dia had just been introduced, the beneficiary of circumstance once more. Matt Le Tissier had pulled up with a thigh complaint and, after half an hour, had to come off. The greatest player in Southampton history would be replaced by the worst.

But the narrative could have been completely reversed. History does not reflect kindly on Dia: the chancer who tricked and swindled his way to a Premier League career both infinitesimal and infinite. Yet had his shot been an inch or so lower or to the right, instead of directly at Nigel Martyn, his remarkable story would have been even more legendary. The home portion of The Dell’s 15,241 crowd that day would have celebrated their new hero, those suspicious teammates would have readily embraced him and Souness would have been the genius who made it all possible.

The ruse would have been realised eventually regardless. Dia would not have enjoyed a storied top-flight spell had he scored; he was still a clumsy, awkward, unfit player who was substituted before full-time in his only appearance. But he was a slightly more accurate shot away from becoming the punchline instead of the perennial joke.

Gary Kelly and Lee Sharpe would secure George Graham’s first win as Leeds manager, but that was not the story. Asked after the game about the bizarre nature of the situation, Souness provided an answer that now reads like some sort of threat.

“Am I enjoying this? Do you enjoy a kick in the bollocks?”

“It just goes to show the state of things at the club at the moment that a player I have never even seen, let alone watched playing in a game, was able to play in the Premiership,” he added, seemingly absolving himself of any blame.

Even when the depths of Dia’s deception were revealed in a Sunday Mirror exclusive a week later, the Scot stood firm. “I don’t feel I have been duped in the slightest,” he insisted, “because that’s the way the world is these days.

“It cost us a couple of grand for two weeks wages. It’s not broken our hearts – and we certainly don’t feel hard done-by. He was an international player so we gave him a go, but he didn’t impress and has now left the club.”

It was a curious reaction to being thoroughly and publicly embarrassed, particularly considering the dismissive modern vitriol he tends to reserve for people who dare to be Paul Pogba.

The brilliance of Dia’s story is that it can and will never be repeated. He refutes the suggestion that he played a single five-a-side match before that fateful Leeds game, stating that he spent six weeks on trial and “earned the spot” rather than being gifted it by injuries. But it remains absurd that he could be given such responsibility on comparatively little proof.

That month-long chapter exists purely as a reminder of how far football has come, how deep scouting and research has now become, how ludicrous it once could be. The general public has unprecedented access to databases, highlight videos, profiles and statistical rundowns of every player in every team in every league in every country in every continent. Twenty-four years ago, a Premier League club signed and played someone on the basis of a phone call supposedly from the World Player of the Year.

Imagine an agent ringing up Eddie Howe, Chris Wilder or Nigel Pearson, putting on an Argentinean accent, claiming to be named Lionel and suggesting their cousin was talented, available and worth a look. That even Harry Redknapp was doubtful enough to put the phone down says it all…