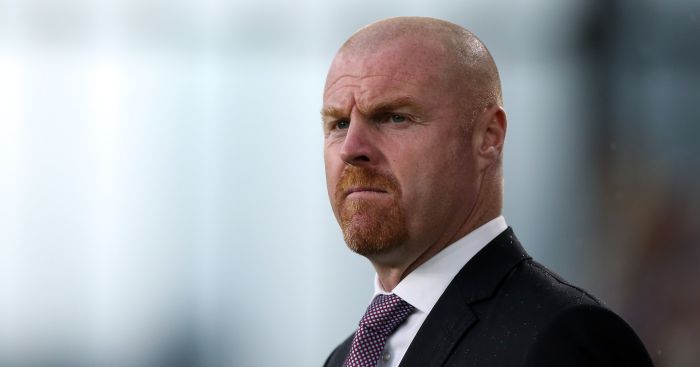 We’ve moved on to Burnley, with their dull kit and ever more dull club shop. Oh, and Colombian butt-lifting jeans…

Like Sam Allardyce, Sean Dyche has regularly bemoaned the lack of praise in comparison with ‘the foreigns’, as if he’s somehow missed everyone remarking on how well he has personally done. That is not only deeply unattractive, but actually reduces the general goodwill towards the club.

Worst thing about the ground
Not much to dislike, here. With its wooden seats and slightly dank interior, Turf Moor is a million miles from the plastic corporate world in which other Premier League stadia are based, and it really does feel more ‘real’ for that. Going to a night match in Burnley, you feel as if it could be any year between 1955 and the present day; it is Lowry’s Going to the Match incarnate. Something stirs inside your soul.

Worst signing
Pretty tough given that Burnley’s tenth most expensive signing of all time was the £1m paid to Stockport County for Ian Moore in 2000. Leon Cort wins this one though, joining from Stoke in January 2010 for, at that time, the club’s third highest-ever fee.

Cort had failed to make a 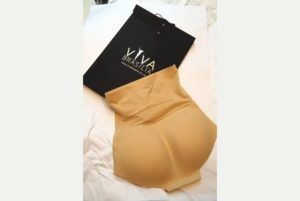 single league appearance all season for Stoke, and made only 19 at Burnley before being loaned to Preston and then eventually gifted to League One Charlton when his contract expired.

Then, in February 2015 Cort and his wife started a company that sold Colombian ‘butt-lifting’ jeans under the name Viva Brasilia, which you have to concede is a spectacular sentence. Wondering why you’d describe something from Colombia as Brazilian, Cort and his wife had the answers:

“We had already thought of Viva Brasilia as an option and the atmosphere of the 2014 World Cup was brilliant. It felt exotic and everyone was into it, so we stuck with the name,” said Leon. “Colombia seems to be synonymous with drug cartels whereas Brazil brings up connotations of exotic women running on a beach in thongs,” said Chloe. Argue with that.

That interview also contained a wonderful zing from wife to husband: “I feel like I’ve picked up skills along the way that are helpful now. Leon, obviously in his career, has basically done PE.” Miaow. 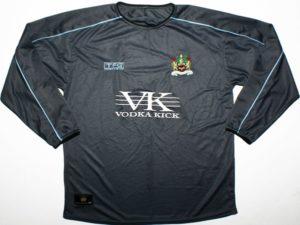 Honestly, just stare at it for a minute and try not to fall asleep. The blue piping round the edge is a weak attempt at interest, like when your grandmother used to give you a plain biscuit with a tiny chocolate edging as a treat. The ‘VK’ sponsor makes it (even more) unacceptable to ever wear in public. Would it kill them to add a stripe or a sash? Why are their sartorial ambitions so repressed?

This is the kind of shirt you wore in your first games as a child, when the manager had got a deal down the market and you got electric shocks every time you took it on and off. The stitching was done so badly that the material clumped around the badge and kit sponsor, and the label inside scratched your neck until it gave you a rash.

That’s the important stuff done. Now, how creepy is the mascot?
Burnley actually have a problem here. Nicknamed the Clarets after their formation, some bright spark realised that having an eight-foot-high bottle of wine to entertain children might send out the wrong message. Spoilsports.

And so Bertie Bee was born, a deranged-looking insect based entirely on the letter ‘B’ at the start of Burnley’s name. The name ‘Bertie’ doesn’t seem wholly in keeping with a working-class sporting institution in a Lancashire mill town and is very close to the name of the former Arsenal manager, but it does – and I can’t stress the importance of this enough – begin with ‘B’.

Weirdly, Burnley chose to give Bertie a single tooth on the upper middle of his mouth, which gives him the appearance of a redneck yokel with a debilitatingly low IQ and some unsavoury views on foreigners. Your guess is as good as mine.

All that’s left for you to do is watch Bertie in action, courtesy of a film made by the club charting a day in his life. The Lancashire narration gives the whole thing the whiff of a Peter Kay sketch, and if you can get to the end without that thousand-yard stare haunting your subsequent dreams then you are far less emotionally vulnerable than I.

Worst celebrity fan – Prince Charles
I don’t mind members of the Royal Family or plum-voiced Prime Ministers supporting football teams, but I really don’t want to hear their explanations of why they enjoy football. Hearing David Cameron saying “I just like to see the brave lads get stuck in” like a nauseous General Melchitt and making jokes about 4-4-2 as if to stress his cultural relevance is almost enough to put me off the game for life.

The greatest evidence for the Royals et al not quite ‘getting’ football is Prince Charles’ explanation for why he supports Burnley. Was it being taken to the ground as lad? No. Is it that tingle in his spine as he walks up Harry Potts Way on a match day? No. Is it a weird obsession with Robbie Blake? No.

“Some of you asked this evening whether I support a British football club and I said ‘yes, Burnley’,” said Charles in 2012. “And people have responded ‘Burnley?’ Oh yes, because Burnley has been through some very challenging times and I’m trying to find ways of helping to regenerate and raise aspirations and self-esteem in that part of the world.”

You’re supporting a football club mate, not creating 35 jobs by opening a factory to make your inexplicably priced biscuits. Honestly.

7 September 1991 – David Hamilton has an afternoon to forget with an own goal followed by red card v @crewealexfc pic.twitter.com/H3nQxXx7EH

The best @Burnleygoals had to offer was David Hamilton’s own goal from 1991, a delightful dink over his own goalkeeper following an 80-yard goalkeeper clearance. To see the goalkeeper rushing out and yet still lob it over him at a time when the backpass rule hadn’t yet been introduced takes a special brand of incompetence. Hamilton was sent off later in the same half.

Worst chant
In November 2016, five months after the European Championship, Burnley fans chanted at Raheem Sterling that “you’ve let your country down”, and cheered when he was injured. As of yet, Burnley have not yet suffered enforced relegation as a result. The campaign continues…

Weirdest club shop item
Burnley’s club shop is comfortably the most limited and dull in the Premier League, featuring a classic range of hideous leisurewear, mugs, stationery and household paraphernalia. There are no embarrassing crotchless pants with ‘Keep off the grass’ written above the gaping hole, nor a box of 100 Burnley branded dog poo bags. There is no 18” Sean Dyche foam toy, that mutters “If I was foreign I’d be hailed” when you pull a cord. 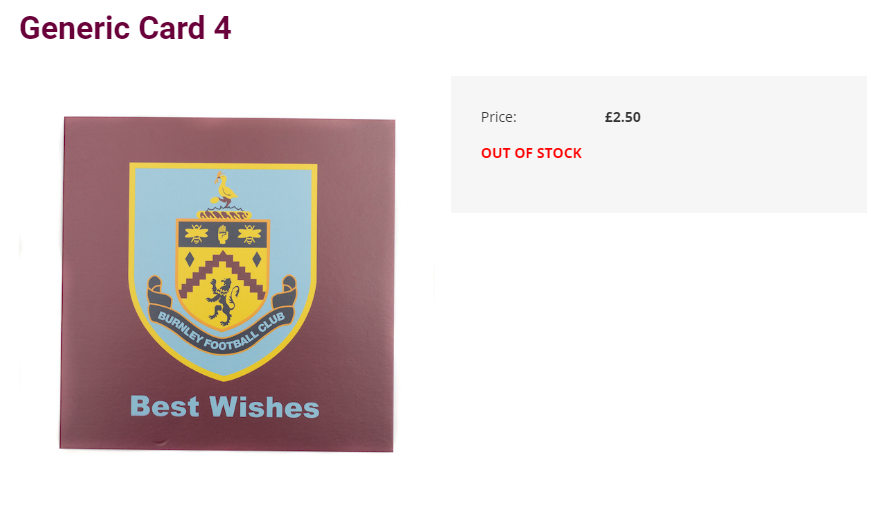 It’s actually boring to the point of humour, because this might just be the dullest webpage on the entire internet. The big white spaces, the product name ‘Generic Card 4’ despite there being no Generic Card 1, 2 or 3, the product photographed at a slightly wonky angle so you think you’ve had a stroke, the most tedious message on a greetings card you could ever imagine, the fact that the product isn’t even in stock. The ‘session time remaining’ message at the bottom of the page is to stop anyone spending longer than half an hour on the website passing into an involuntary coma.