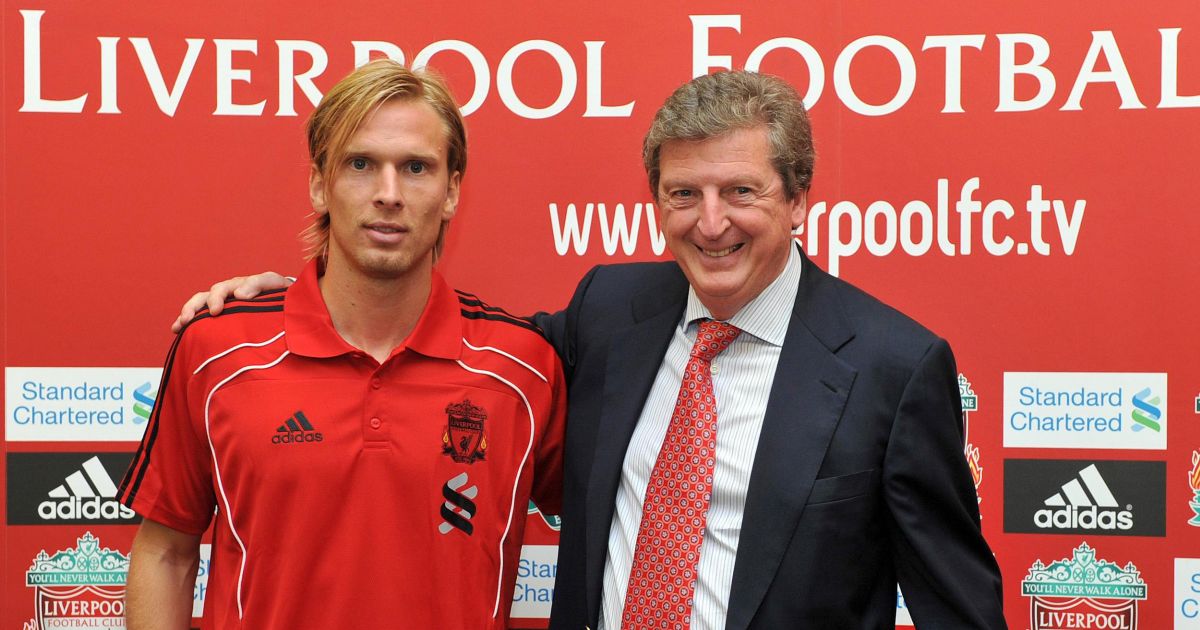 The only way to appropriately celebrate Roy Hodgson’s managerial career is to remember perhaps his worst ever signing. Poor Liverpool.

The Premier League Hall of Fame is now fast filling up with the great and good who have graced the top flight ever since the invention of Association Football in 1992, so what better time to rekindle our own version: the Hall of Shame for those who were… well, a bit sh*t. We did Ali Dia and the like when the hall of fame chat first kicked off with everyone getting angry about the Premier League’s greatest ever goalscorer and greatest ever player being the first two inductees when, obviously, it should have been that player from your club instead.

But we’ve gone off track. Time for our latest addition to the ranks, and a return to one of the more infamous six-month managerial stints in the competition’s proud history of crud.

Roy Hodgson will this week sail off into well-deserved retirement after a varied, globetrotting and often wildly successful 45-year management career that has taken him to the highest level of the game at club and international level.

The retrospectives of his career will talk of the teams he took to World Cups, of his huge and long-lasting success in Sweden, of Inter Milan and most recently bringing an almost unprecedented spell of serene Premier League existence to Crystal Palace.

An awful lot of it will also focus on finishing bottom of a World Cup group, that game against Iceland and a disastrous six-month spell in which he turned Liverpool into genuine relegation candidates.

And no player is more specifically associated with Hodgson’s disastrous Anfield reign than hapless midfielder and poor sod Christian Poulsen.

The Dane had played for Hodgson a decade earlier at Copenhagen and the Liverpool manager was quick to talk up the qualities that he had immediately spotted all those years earlier when Poulsen turned up for a trial.

“I remember he had to take time off work to come and do the trial; the plan was that Christian would spend a week training with us but after the first day, I told the Sporting Director to sign him.

“His talent was far, far above the standard he was playing. He made his debut against Rosenborg in a friendly as a right-back but when he got his chance in midfield, he stepped straight in and never looked back. It’s been onwards and upwards since then.”

Lovely stuff. But Hodgson appeared not to have fully taken into account that 2010 was not 2000 and Liverpool was not Copenhagen.

Poulsen didn’t cost the earth at £4.5m and did arrive from Juventus, which carries a certain gravitas. He was also a two-time Danish player of the year, a proud link in a chain including assorted Laudrups, Schmeichels, Olsens and Christian Eriksens. He did directly follow Jon Dahl Tomasson, though, which should have been a bit of a warning.

For all his experience and pedigree from around Europe, it was swiftly clear that Poulsen was not going to be a success at Liverpool. The fans, unimpressed with the pitiful football on display and the very real prospect of things descending into a genuine relegation scrap – the Reds spent three weeks in the drop zone after winning just one of their first eight Premier League games – needed little encouragement to turn on Hodgson, whose problems were exacerbated by having replaced the much-loved Rafa Benitez in the Anfield big chair.

Poulsen was rubbish, but the fact he was also demonstrably Hodgson’s man meant he never stood a chance. Hodgson was never going to be accepted as Benitez’s replacement and Poulsen was never going to stand as Javier Mascherano’s. He was lumpen, leaden and miles off the pace. He was the worst signing of the eight Hodgson managed to squeeze through the Anfield doors even though one of the other seven was Paul Konchesky.

Most heartbreakingly, the most damning critique of Poulsen’s piss-poor performance came not from angry Kopites but from Hodgson himself, who frequently seemed to be killing his beautiful flaxen-haired boy with kindness. The more he tried to defend and support Poulsen, the more he inadvertently twisted the knife.

Consider the following, and remember these are all direct, verbatim quotes from the player’s single biggest supporter not just in Liverpool but quite possibly on planet earth.

“He was good against Wigan, his introduction secured the point at least because he was very good when he came on.”

“The crowd, who aren’t stupid, know he’s not played well.”

“Let’s not beat about the bush and try to disguise the fact – he’s had a bad start.”

“It will be tough getting the fans on his side.”

That last one, sadly, proved particularly prophetic. They never did warm to the midfielder. Or to Hodgson, who despite leading Fulham to the Europa League final had never really looked like a good fit for Liverpool.

Results picked up enough in the autumn that those early relegation fears dissipated, but Hodgson never truly looked settled. A run of four defeats in six games, culminating in a frightful 3-1 shoeing off Blackburn with Poulsen an unused substitute, saw Hodgson out of a job just six months after arriving at Anfield with his Danish protégé in tow.

Poulsen saw out the season as a bit-part player before joining Evian in the summer once it was clear Kenny Dalglish preferred to go with Jay Spearing in the heart of Liverpool’s midfield.