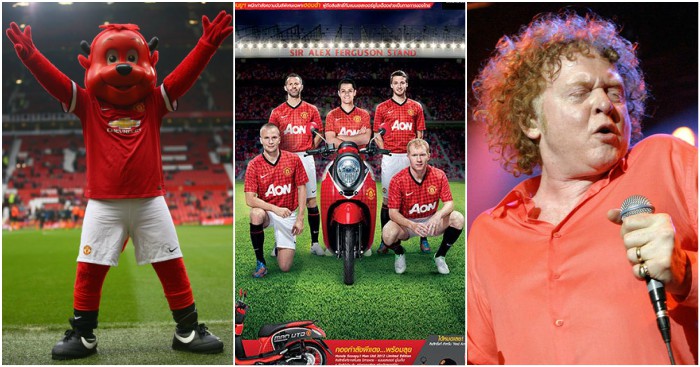 Worst thing that other fans think of them
‘Hated, adored, never ignored,’ reads the banner at Old Trafford. Not only would Manchester United supporters accept that they are the most disliked club in the Premier League – they are proud of that fact. Other clubs may provoke stronger feelings from their city rivals, but in terms of cumulative hatred, United easily lead the way.

Part of the reason for United’s pride in this reputation is obvious: Success breeds jealousy, jealousy breeds loathing. Largely speaking, the most hated club in each country is its most successful, and Manchester United’s dominance over the Premier League era is inescapable. It is no coincidence that the hatred from non-direct rival clubs has diluted since the departure of Alex Ferguson and the subsequent funk.

Yet there is more to this Manchester United aversion than mere jealousy. This is a club, perhaps the club, that epitomises the corporate creep into a game that has lost its roots, if not its entire soul. Whether it be the first British club to buy success, announcing 65 different commercial partners or the 2013 boast that the club had 659 million fans worldwide, the accusation is that Manchester United have championed themselves as a ‘home of football’ while simultaneously doing more than any other club to warp sport into leisure industry.

It is also worth saying that United attract plenty of flak from their own support too, for their treatment of fans as customers is often scandalous. The club have a compulsory purchase scheme for cup competitions, while stories such as this and this are commonplace. “We’re just trying to run a business,” some corporate shill would presumably protest. “THAT’S EXACTLY OUR F**KING POINT,” I’d reply.

There are other charges, but these come only from the type of conspiracy theorist football fan whose views are generally worth avoiding. I’m talking about favourable refereeing decisions, bias from commentators and undue influence over governing bodies. We’ve got enough to get through without dwelling on such nonsense, so for the time being just read through this selection of sensational commercial partners, and weep:

Worst thing about the ground
The danger of being badly injured by the forces of irony, as you see supporters wearing green-and-gold scarves as they file into Old Trafford with their season tickets. You really showed those Glazers the power of protest. Anyway, I’m sure you said ground when you actually meant ‘Theatre of Dreams’. This is entertainment not sport, dammit.

In truth, Old Trafford gets a slightly unfair reputation. The atmosphere is indeed sadly lacking outside of the biggest fixtures, but that is a situation replicated across the country. During this series I have said the same about the Emirates, Anfield, Etihad and Stamford Bridge. Welcome to modern football, where a section of the most passionate supporters have been frozen out by the spiralling cost of attending matches.

Worst signing
The lawyers have told me to tread awfully carefully here, so let’s just say that Bebe’s move from Portugal to Manchester United came as a surprise to many. Having been signed by Vitoria de Guimaraes from second-tier Estrela da Amadora on a free transfer in July 2010, the striker then joined United for a fee of £7.4m five weeks later despite Ferguson never having seen him play, even on video. Almost half of that fee went to agent company Gestifute, owned by Jorge Mendes, who Bebe had only joined a few days before the transfer went through. Mendes was the agent of Manchester United players Nani and Anderson, and had brokered the sale of Cristiano Ronaldo from United to Real Madrid. Portuguese police investigated the transfer on behalf of its anti-corruption unit. These are all facts.

What is also a fact is that Bebe was sodding awful. Manchester United paid exactly £100,000 for every one of his Premier League minutes, loaning him to Besiktas, Rio Ave and Pacos de Ferreira before letting him leave for Benfica. Bebe is now not scoring goals at Eibar in La Liga.

Worst kit
All of Manchester United’s snazzy kits now look the business in comparison with their recent sedate efforts, so the right answer here should be the grey kit that magically achieved two things:

1) Made Alex Ferguson’s players invisible
2) Persuaded people that the game finished 6-3. It finished 3-1.

However, my personal nadir was the reversible away/third shirt from 2001/02, which could be transformed from a basic, if inoffensive, white and black kit into a hideous hue sitting somewhere between gold, french mustard and vomit.

Why the richest football club in the world would need or want a reversible shirt is a question still left unanswered.

That’s the important stuff done. Now, how creepy is the mascot?
The creepiest in the division, bar none.

Manchester United had a problem in 1994, when it was decided that the club needed to reintroduce a club mascot after a gap of 41 years in which they managed perfectly well without one. Mascots are typically an anthropomorphic representation of the club’s badge or nickname, but the devil isn’t an entirely positive character for children.

In order to overcome that, someone – we shall assume it was the childcatcher – decided that the appropriate course of action was to keep the character as a devil, but give it a porcelain-looking face forced onto a furry body.

The result is something truly haunting, a plastic permasmile on what appears to be a mask placed over the fur. Fred the Red’s face has the look of a badly sunburnt obese child, swollen after attempting to eat honey straight from a beehive. 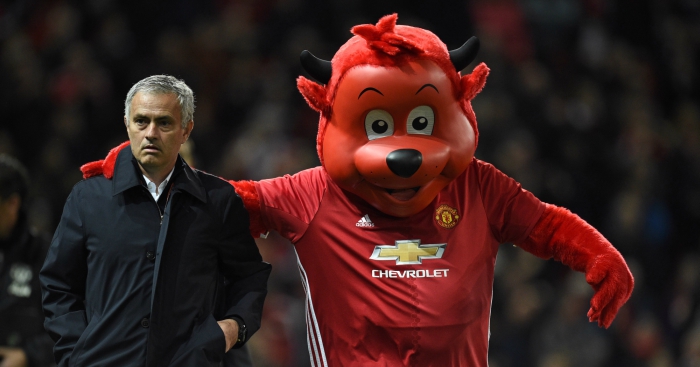 The formula for sporting mascots is well-established, and didn’t need changing:

– If in doubt, go furry.
– If you want a change, go fluffy.
– At no point use a hard, cold material anywhere on the beast.

Manchester United failed to adhere to those rules.

“People only hate me because they are jealous. I am successful, sold a load of albums and have slept with a load of women” – Hucknall, 2004.

“If I go out and get drunk and end up in bed with two women what’s wrong with that? I had a great time. If they want to tell their story that’s their problem. They’re the ones who end up looking like cheap whores on the front of a magazine with their tits hanging out” – Hucknall, 2006.

In that last interview, Hucknall finally apologised to the women who he admitted he had boasted about mistreating throughout his career. If that’s where he had left it, he might have been pipped to this award by Tyson Fury (abhorrent homophobe) or Olly Murs (music). Yet our scrotal-faced protagonist couldn’t leave it there.

By 2012, in an interview with the Irish Independent, Hucknall refuted claims he had apologised:

“If you actually take a look at what I said in the infamous interview and what the editor introduced, you can see that they are slightly different. I didn’t apologise to 3,000 women. I said to the journalist, ‘during the last 25 years there were four or five important woman in my life who I could have treated better, women I could have had long-term relationships with’. And then I said, ‘let me apologise to them right now’. I have no regrets [about the rest].”

Greatest own goal
Unlike Liverpool (Djimi Traore), Arsenal (Lee Dixon) and Manchester City (Jamie Pollock), Manchester United do not have an iconic own goal that springs to the mind of a more casual observer. Still, Rio Ferdinand’s rolled finish past Edwin van der Sar in 2007 was fairly majestic. The vague rule of thumb is that the quality of the own goal is inversely proportional to the speed of the ball as it rolls over the line and the amount of communication between two offending teammates. This puts a big red tick in both boxes.

Weirdest club shop item
I don’t want to resort to hyperbole here, but the selfie stick is the biggest threat to football. It is indicative of the rise in football tourism, the price of tickets freezing out traditional supporters and replacing them with fans who are going not for the football, but for the ‘matchday experience’.

Football is about memories. It is about the sights, smells and sounds of a ground five minutes before kick off, getting under your skin until you’re hopelessly addicted and travel 80 miles on a Tuesday night to tick off another ground. None of those sensual memories can be achieved by looking at photos of you and your significant other wearing replica shirts and grinning at your phone on the end of a f**king stick. Whatever happened to storing things in your f**king brain?

Thankfully, most football clubs have seen sense. Tottenham, Chelsea, Arsenal and Manchester United are just four clubs who have banned selfie sticks from their stadia, a small victory in the constant fight against the homogenisation of the sport.

So, banning selfie sticks from Old Trafford surely means that United also don’t sell the same devices through their online store, doesn’t it? Does it f**k. This is Manchester United, where impossibility and morality is nothing when it comes to clawing money out of hands.

Still, just think. How stupid would you look if you went on holiday and had a bit of photo-enhancing plastic that didn’t have a small Manchester United club badge and thus cost £15? Oh, the shame.