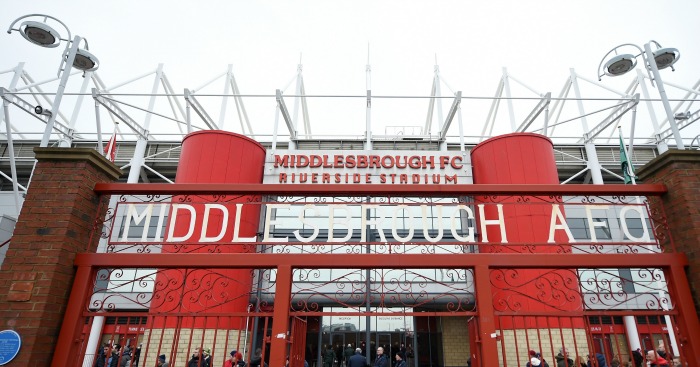 Worst thing that other fans think of them
In a word, forgettable. Middlesbrough are a nice club with a famously nice owner, but nothing leaves you colder than ‘nice’. This is Middlesbrough’s 15th Premier League season, but I’d challenge you to name more than five memorable incidents from that entire history. This is a club that peaked with Juninho, and will never again be able to recapture that national interest.

They’re not even memorable in their local area, for Middlesbrough are the emphatically poor relation of the northeast triumvirate. Newcastle hate Sunderland and Sunderland hate Newcastle, but supporters of both struggle to give an arse about ‘Boro. When the closest two league clubs after those two are Hartlepool United (close to relegation to non-league) and Leeds United (70 miles away), it’s easy to drift from everyone’s radar. Supporters tried to make the Leeds fixture a local derby, but were met only with bemusement and mockery from opposition fans.

In an area of England in which the passion for football is rivalled by only a few places in Europe, Middlesbrough somehow manages to miss out on this football mania. They are Steve Gibson in club form, ultimately neither rich nor nasty enough to either truly succeed or provoke reaction.

Worst thing about the ground
The Riverside Stadium is notorious as the first of a new breed. Northampton Town built the Sixfields Stadium in 1994 and Huddersfield Town moved to the Galpharm in the same year, but Middlesbrough’s was the first of those out-of-town, identikit stadia that have contributed significantly to the sad homogenisation of English football.

Most reviews give positive feedback on the quality of the food products on offer, the ease of getting out onto the motorway and the parking within walking distance of the stadium, offering an insight into the priorities of some modern fans. Yet that faint praise only damns what really matters: The atmosphere at stadia like the Riverside is almost non-existent. It is as if they were designed to reduce passion and stamp out the uniqueness of travelling to an away ground. The smells, sights and sounds are all the same.

‘The away end is very similar to most other modern day stadiums (Leicester, Swansea, Southampton etc..),’ says one pithy review. Ain’t that the bloody truth.

Worst signing
It can only be Afonso Alves, the man who made you worry every time your team signed a player from the Eredivisie. He was the third Brazilian after Romario and Ronaldo to be the top scorer in Holland, but fell slightly short of the standards set by those two greats during his time in England.

‘BORO have smashed their transfer record by completing the signing of Brazilian striker Afonso Alves from Dutch side Heerenveen,’ read the boast on the club’s official site in 2008, a £12.8m fee that is still to be beaten almost a decade later. Alves would score ten league goals (three of them on the final day against Manchester City) before joining Al-Sadd in 2009. 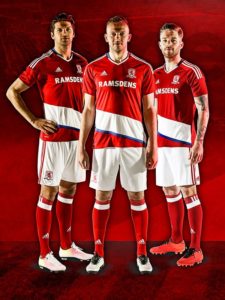 The away shirt from 1996/97 takes some beating, with its blue Laura Ashley wallpaper cross and sleeve on a white background. It also had ‘BORO’ written in massive letters on the arm, just in case any supporter temporarily forgot the standard abbreviation for the name of the city. Yet I’m actually going for the home kit from this season as the choice.

The sash is traditionally a football kit design cheat, a shortcut to making a shirt ten times more sexy in one move. Dulwich Hamlet asking supporters to pick their home shirt for next season is the perfect example; why wouldn’t you vote sash, and vote often?

Middlesbrough’s crime – and it is a serious one – is to somehow ruin the sash, something we didn’t even think was possible. By shifting it down the shirt, widening it and changing the typical angle of the diagonal, it looks more like an out-of-place cummerbund than a sash, like Bertie Wooster after a long session at The Drones.

The other design flaw in the shirt is that it is paired with white shorts. Given how low down the white sash is, shorts being pulled up creates an optical illusion that they have been lifted to nipple height like a Jimmy Bullard banter trick or Simon Cowell playing five-a-side.

That’s the important stuff done. Now, how creepy is the mascot?
I’m sorry, but it’s a really sh*t mascot. I know Middlesbrough have a lion on their badge and therefore have little to work with, but if I see one more furry lion without any love in his eyes I’m going to cry.

You can play about with things, Middlesbrough. If Crystal Palace’s eagle wears sunglasses, your lion can don a leather jacket, or a denim shirt and jeans, or a big crown and robe and be called the king. Just do something other than making the lion look middle-aged and thus deeply tragic in a football shirt. He looks like a divorcee Dad taking his child to soft play on a Saturday afternoon but wearing his team’s full kit to show exactly where he’d rather be.

That said, I do enjoy this video of Roary, in which he waves to the crowd like a departing club legend leaving the pitch after his testimonial.

Worst celebrity fan – Roy Chubby Brown
“I’m not in the Houses of Parliament,” said Roy ‘Chubby’ Brown on 2014. “I’m not trying to change the world. If I had been, I would have been a politician, but I’m not, I’m a comedian. They’re just jokes and if I see something funny, I say it. I’m no more homophobic, sexist or racist than anyone else. I mean, I’m in show business, so I couldn’t possibly be homophobic. It doesn’t bother me though you know.”

– “Did you read in the papers about those Muslims burning poppies on Remembrance Day? Sick c*nts. The guy who does my gardening’s a Muslim, and he observed the two-minute silence. After I whacked him with a f*cking shovel!”

– “There’s an old man who lives alone next door, and we were a bit worried because we hadn’t see him since Christmas. The postman came round and said there was a f*cking awful smell coming from his letterbox. So I called the police. They knocked down his door and our worst fears were confirmed. He’d gone away: P*kis had moved in!”

There are two possible conclusions to draw, then:
1) He is racist, but determined to promote the opposite image to avoid being arrested for his material. Anyone going to his shows knows what to expect and therefore shares a similar view. At times this doesn’t just constitute racist language but inciting racial violence.

2) He isn’t racist, but understands the success of racist jokes within a subsection of society who are appreciative of that ‘humour’. This schtick is somehow a clever satirical take on the notions of social decency and political correctness, which ultimately fall short through being deeply unpleasant.

I’m not sure which is worse, but both are abhorrent. Brown is deliberately playing on the deep-seated racism prevalent in provincial towns across England, and giving a licence for those views to be entertained and applauded. His is the worst strain of celebrity, and his loyal band of supporters indicative of a horrible societal malaise. “You can’t say anything these days, can you? I remember when you could post sh*t through someone’s letterbox and not have the PC brigade calling you out.”

As ever, a reminder that your forefathers fought for your right to freedom and for the protection of human rights, not your right to behave like a w*nker.

Greatest own goal
None instantly sprung to mind, but I did remember the goal that ruined Middlesbrough’s FA Cup dream at Old Trafford against Arsenal in 2002. Arsenal were cruising to the Premier League title, but Boro actually had the better chances until Arsenal won a corner and Gianluca Festa, unmarked in the penalty area, volleyed the ball awkwardly into his own net. Why oh why oh why.

Weirdest club shop item
You’re on Middlesbrough’s online store, flicking through the menu at the top: Training, fashion, homeware, souvenirs, equipment. You click on that last dropdown, and four headings appear. The last of those headings is ‘D – I – Y’. And you giggle with excitement.

Yes, that’s right. The most ludicrous thing Middlesbrough sell is not a latte mug (proof enough that football has truly moved on from its working class roots), a garden gnome that looks like Mr Tumnus or Luke Young for £6m, but a range of club-branded DIY products. Finding new items is difficult now I’m beyond halfway with this feature, but these are truly unique.

I honestly can’t work out which is my favourite, but it’s either the Hi Viz vest that is only displayed from the front and therefore has no obvious branding (assuming big logo on the back), or the Middlesbrough hard hat, yours for just £35. OK, it’s definitely the hard hat.

The price is important here. This is not simply a £2 plastic job of the type worn at test matches by stag parties with t-shirts displaying nicknames as imaginative as ‘Shagger’, ‘Bazza’ and ‘Maggot’, but the real deal. It is adjustable for a variety of head sizes and proudly displays the club logo to save vital seconds explaining who you support on your first day on the building site. Still, at least you can take it down to the Riverside and feel safe behind the goal, even when Rudy Gestede starts.