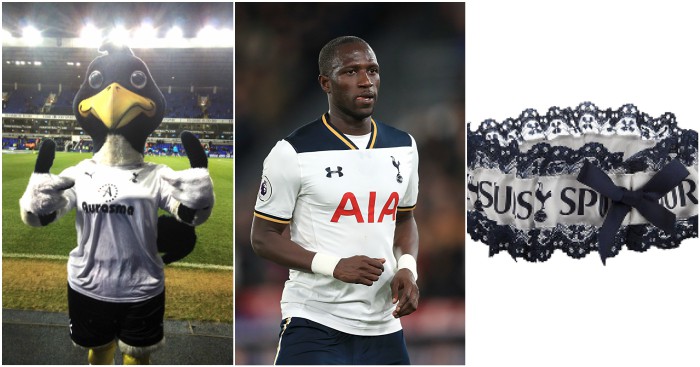 Worst thing that other fans think of them
Tottenham are a generally likeable club and team, one that remained inoffensive during the 1990s by being largely average and have become appreciated recently through their improvement without spending vast sums of money. There was a Harry Redknapp spell in between, but you can’t like every one of your mate’s girlfriends.

However, no club can be successful for long without inviting criticism, and Tottenham are no different. The accusation from some rival supporters – and I don’t just mean Arsenal – is that the collective frotting over a team that hasn’t actually won a trophy since the 2008 League Cup final is slightly misplaced. Tottenham have become the people’s champions without actually being champions, and that sticks in the throat of some.

The other regular mockery of Tottenham comes from their tendency to get ahead of themselves, demonstrated beautifully by Harry Kane’s ‘pride of lions’ Instagram post in 2015/16, intimating that Tottenham were hunting down Leicester City. Tottenham failed to win another match and finished third in a two-horse race.

Ask any Arsenal supporter of Spurs’ most embarrassing trait, however, and they will probably give you two words: Commemorative DVDs. In the absence of any actual glory, Tottenham have gained a reputation for glorifying momentarily enjoyable but ultimately meaningless victories. A quick scout on Amazon brings up DVD results for the 1-0 home win over Chelsea in March 2009 (they finished eighth that season), the 125th anniversary match against Aston Villa in 2007 and a 4-3 win over West Ham in that same year and every victory over Arsenal. Still, these are hardly unforgivable crimes.

Worst thing about the ground
The new White Hart Lane stadium will be a superb sporting theatre, but there’s no escaping the fact that Tottenham have welcomed the middle-class creep into football spectatorship with open arms, gleeful smiles and a neon sign pointing towards their bank accounts.

The club are selling pairs of season tickets for £19,000 just behind the dugouts with access to one-way glass that gives fans a view of the tunnel, which is an astonishing amount of money. Even more eye-watering is the £15,000 joining fee in the ‘H Club’, the most exclusive part of the ground and effectively a member’s club with Michelin star restaurant.

There will be a micro-brewery on site with the club producing its own craft ales, but perhaps the aspect that most makes you check for an April Fool’s prank is the cheese room that members of the H Club will enter to choose their half-time snack. Game’s gone, hasn’t it?

Tottenham paid £30million for a midfielder who Newcastle fans would have been happy to lose for a third of the price ahead of a season in the Championship. They danced on the streets of Jesmond at the news, while the rest of the country asked whether Mauricio Pochettino had watched Sissoko at any point before Euro 2016. Sissoko would have been a flop as a free transfer, and Newcastle hardly tried to cover that fact.

For all Tottenham’s progress over the last three years, and there has been plenty, their propensity to make an absolute dog’s cock of the last days of every summer transfer window threatens to hamper those forward steps. Which abject, over-priced Frenchman will they sign this year?

Worst kit
Time has probably made this kit cool again, worn by the types that will enjoy that microbrewery and cheese selection, but as far as I’m concerned Tottenham’s away kit between 1991 and 1994 is still a sartorial hate crime.

It starts with the two-tone fish fin shapes, with dark blue dribbling down over grey. It continues with a navy chequerboard on one shoulder. It ends with a shiny pattern imprinted onto the yellow shirt that consists of the Umbro logo separated into two halves and the initials ‘THFC’ written both the right way up and upside down. It truly is as busy as it sounds.

Tottenham failed to win an away league game after January 14 that season. Let’s call it karma.

That’s the important stuff done. Now, how creepy is the mascot?
Less creepy than it used to be. Chirpy the Lilywhite bird started out with white plumage and a cheerful face in the early noughties, albeit with a mouth left constantly open as if some strange premonition of Harry Kane.

Then at some point the club effected a weird reverse-Michael Jackson experiment in which Chirpy’s plumage was made black and his expression twisted into the dead-eyed look of a deranged criminal. His face said ‘Yes, I have killed a man. And I still see that man every time I close my eyelids to embrace sleep’. You can watch that change in the important documentary below:

Now, Chirpy has retained the black plumage but taken on a look more befitting his name, even if his constant expression of surprise does make him look like former Eastender, I’m a Celebrity…Get Me Out of Here! winner and every game show you could ever think of contestant Joe Swash.

Worst celebrity fan – Richard Littlejohn
Oh yes, it’s everyone’s least favourite rent-a-hate sh*t-peddler Richard Littlejohn, who long before Katie Hopkins gained undeserved notoriety was writing hurtful, grotesque bile for money and then crying free speech whenever anyone pointed out that he was being a c***. Littlejohn has perfected the look halfway between ‘What, me?’ and ‘I don’t care who I offend’ that makes you want to scream into a pillow and embrace the inevitable nuclear winter. He is the man who tells it like it is, if ‘it’ is a warped, spiteful theme park of hate.

Whether it’s prostitutes (‘It might not be fashionable, or even acceptable in some quarters, to say so, but in their chosen field of “work,” death by strangulation is an occupational hazard’), homosexuals (he suggested police should throw flamethrowers at them) left-wing parties (he wrote in 2015 that he would rather employ Jimmy Savile as a babysitter than Labour be in Government) or Muslims (repeated racial slurs and far-right language), there is nothing that Littlejohn is not prepared to pour hate upon from his ivory desk.

In 2012 he used his column to bully a teacher who had returned to school after gender reassignment surgery and who subsequently committed suicide. And yet there he is, still writing for the Daily Mail despite all of the above. It’s almost as if they don’t just accept the cheap populism of his bigotry and racism, but gleefully embrace it as an easy – if morally despicable – means of selling copy and hoovering up clicks.

All together now: Richard Littlejohn, what a pr*ck.

Greatest own goal
Anyone worth their salt knows that it is hard to beat Chris Brass thwacking the ball into his own net via his face for own goal majesty, so anything that comes remotely close to a passable impression deserves recognition. In 2012, Tottenham did a two-man version of Brass’ classic, when Aaron Lennon cleared the ball off his own goalline but only succeeded in twatting Gareth Bale in the face and seeing the ball go into the net. Superb.

Weirdest club shop item
I’ll be honest, you might as well strap in. There is plenty to go at here:

1) This series has touched on the notion of the 3D model figure before, but it merits further mention. These are plastic casts of players created using a 3D printer and after six hours of filming per player. That means that the models are lifelike (who f**king cares?) but also makes them hideously expensive. A 19cm high figure of Kevin Wimmer will set you back NINETY-FIVE SODDING POUNDS.

The other point to make is that these figures are completely useless. As the blurb says, this figurine is unsuitable for playing with. It should be kept out of reach of children under 12 years of age. Do not lick, swallow or eat parts of the figurine as it may cause health issues. Please keep it away from heat or fire. Keep out of direct sunlight for extended periods. Keep away from water and humid conditions. Durable, eh?

2) Tottenham’s niche is a range of personalised alcohol that I haven’t seen from any other club so far. That includes red wine, white whine, rose wine, Cava, Prosecco, champagne, whisky and vodka (but not beer?).

‘When their team gives them cause for celebration give the Tottenham Hotspur fan something that suits the occasion to celebrate with,’ we are told. ‘This bottle of ripe and vibrant rosé wine is eminently suitable for that occasion and any special event. The bottle has a special Spurs label attached that is personalised with the fan’s name.’

Honestly, I’ve tried to understand but I just can’t see what possesses people to pay for football club-branded things at a premium price. Tottenham have no connection with making the wine or spirits other than to appoint a third party to print personalised labels to stick on the front. Newsflash: Buying wine from a supermarket doesn’t make you less of a fan. Wear your bloody replica shirt and sing “Oh when the Spurs” at the checkout if you must let people know which football club you support.

4) The second weirdest item lies in the form of the ‘Spurs Jelly Meerkat Sweets’, because what screams ‘Tottenham Hotspur’ more than a sugary sweet in the shape of a small carnivore native to southern Africa and bastardised by an interminable television advert?

‘If you need those chews for the match day nerves, look no further,’ is the tagline. Sure.

5) But the winner, and by some distance, is the Tottenham Hotspur women’s garter. When you need to see the name of your football club adorned on your partner’s body in order to maintain arousal, it really is time for that serious chat you’ve been putting off for months. “It’s not you, it’s me (and how my sexual gratification can only be brought on by the name of a sports team).”

‘Or maybe you just want to spice up a special occasion with this Spurs garter,’ the blurb reads. Or maybe your mother just never cuddled you and so you used a football club to fill in the vacuum of female love and affection. Anyway, just off to buy a garter.