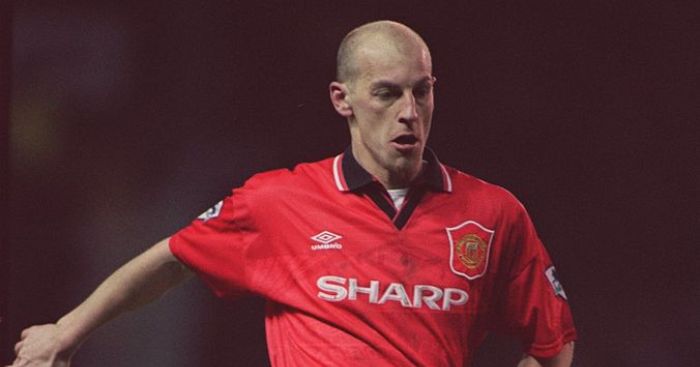 There is a section in Sir Alex Ferguson’s 2015 autobiography in which he speaks candidly about the intricacies of helping foreign players acclimatise to life in a new country. It ‘presented new challenges,’ he said. ‘They were catapulted into a strange country where everything was different: food, weather and language. We did our best to make sure they settled in by finding them houses and arranging for schooling.’

It is a duty of care that is often overlooked, an adaptation period necessary for any individual regardless of quality or character.

Two years prior, the manager who transformed Manchester United had expressed similar sentiments. ‘The first thing you do with a new player is help him settle,’ he explained. ‘Banking, housing, language, transport and so on. There is a process.’

In the previous paragraph, Ferguson recounts an anecdotal conversation with Patrice Evra that culminates in a French trialist from over a decade before being described as ‘a disaster’. William Prunier would argue that two games is hardly enough evidence on which to base such an enduring judgement.

The first half of the 1995/96 season was a chastening experience for United. Their quest to wrestle the title back from Blackburn commenced with a 3-1 defeat to Aston Villa, played to the soundtrack of a dismissive Alan Hansen. They topped the league for just one week before March after beating Bolton 3-0 in September. They suffered early exits in the League Cup to York City and the UEFA Cup to Rotor Volgograd. Their powers were waning.

In the context of a summer which saw Paul Ince, Mark Hughes and Andrei Kanchelskis sold, no first-team player signed and the suspended Eric Cantona request a transfer, United’s pincer grip on the domestic game had loosened.

But they were cast in an entirely fresh shadow. Newcastle, led by Kevin Keegan and lavishly funded by Sir John Hall, won nine of their opening ten games to establish an early lead. United stuttered away at Hillsborough, Highbury, the City Ground, Anfield and Elland Road before Christmas, allowing the Magpies to pull further clear at the summit.

December was a fateful month for Ferguson’s side. Consecutive home draws with Chelsea and Sheffield Wednesday preceded successive defeats at Liverpool and Leeds. An overdue Old Trafford victory over Newcastle on the 27th narrowed the gap to seven points but it came at the cost of an early injury to David May, himself deputising for the sidelined Gary Pallister and Steve Bruce.

Ferguson had relied on solutions from within and injections of youth to rejuvenate his squad to that point. This would require something altogether more drastic.

Prunier, capped once by France in 1992 and signed by Marseille two months after they were crowned European champions in 1993, departed soon after their demotion to Ligue 2 for match-fixing in 1994 and bought out his Bordeaux contract in 1995. By the end of the year, fate had conspired to offer him a career-defining opportunity.

Ferguson had long coveted a continental, ball-playing centre-half. Miguel Angel Nadal of Barcelona would soon emerge as a target while Ronny Johnsen arrived in the weeks following Euro 96. Both possessed the sort of technique that owed itself to midfield versatility but Prunier was a pure defender who could still be trusted on the ball.

He joined on trial, expecting to have to prove his worth in the reserves before potentially negotiating a longer stay. But within days Prunier would make his Premier League debut.

It was a qualified success. The Frenchman hit the crossbar and played a part in Andy Cole’s opening goal in a 2-1 win over QPR. ‘William Prunier became an instant hero of the Old Trafford hordes on a debut when he was in the mood to storm the Bastille, never mind struggling Rangers,’ wrote Alan Nixon in The Independent.

But there remained one man that needed convincing. “There is always that thing about European defenders and how quickly they can pick up the pace,” Ferguson said after the game. “It’s a far quicker tempo here. Teddy Sheringham is more experienced and we will have a better idea after seeing that,” he added, promising Prunier another start away at Tottenham two days later.

Spurs were themselves nothing particularly special that season. Gerry Francis had constructed a solid team that would outscore Arsenal and record the best defensive record outside the top five, finishing eighth but two points behind fourth-placed Aston Villa. Yet their innate inconsistency had stunted any lasting progress.

Even heading into their New Year’s Day meeting with United, they had drawn with Bolton and Southampton and lost at Blackburn. Ferguson’s side were heavy favourites.

Except their crippling injury problems were about to worsen. Paul Scholes and Denis Irwin joined Pallister, Bruce and May in the treatment room, while Peter Schmeichel was not far behind after suffering a calf strain in the warm-up. He was replaced by Kevin Pilkington at half-time; Tottenham were already 2-1 up by then. Ferguson was not only right about goalscorer Sheringham, but also the fallible Prunier.

The Frenchman was a convenient scapegoat for an eventual 4-1 defeat, not even particularly at fault for any of the goals. He and David Beckham contrived to mark separate bits of thin air for the first goal but 31-year-old bit-part right-back Paul Parker was bullied for the second, emergency centre-half Gary Neville and inexperienced left-back Phil were both exposed for the third, while Pilkington was rooted for the fourth.

Impulsiveness and individualism thrives in attack but any resolute defence is built on communication, understanding and familiarity. Paolo Maldini would have struggled in the same situation.

Almost as quickly as Prunier joined, he was gone. He returned to France on January 3 after reports suggested he was only offered an extension to his trial.

That point was debated in a rare interview with the Daily Telegraph last September: “I was offered a three-year deal, but there were a lot of protagonists involved and they couldn’t find an agreement.”

He would join Copenhagen later in 1996 while the timely returns of Bruce and Pallister helped United to 12 clean sheets in their final 16 Premier League games. Newcastle had been ruthlessly hunted down. Prunier’s medal is presumably still forthcoming.

The origins of United’s Prunier pursuit are uncertain, but not difficult to surmise. A year younger than Cantona, he was close friends with the forward in Auxerre’s developmental system before both rose to the senior side in the early 1980s. While Cantona soon crossed the Channel in search of a spiritual home, Prunier was already 28 when he joined United: his first club outside of France.

“In the dressing room, the players wanted some funny memories about Eric,” he later recalled. “I had plenty but didn’t speak English so I just told the stories to Eric so he would translate them to the group. But of course, he changed everything during the translation so the team couldn’t make fun of him!”

At this point, it is worth juxtaposing Ferguson’s ‘process’ for foreign players and his sympathy at how they are ‘catapulted into a strange country’ with his assessment of Prunier – who barely had enough time to learn how to say “goodbye” – as ‘a disaster’.

He was no success, but he was also a victim of circumstance.

That does not fit a narrative that has been embedded into Premier League folklore, of course. To mention his fine debut against QPR would be sacrilege. To contextualise the Tottenham aberration as the natural consequence of an injury epidemic would be blasphemy. To suggest Ferguson or United could have done more to protect him would be profane.

But for Prunier to consider his fortnight or so in England as “a very enriching experience, a dream and an honour” is heart-warming. He has made infinitely more appearances in terrible Manchester United XIs and ‘worst ever Premier League players’ features than he did in the competition that brought him everlasting notoriety but no regrets.