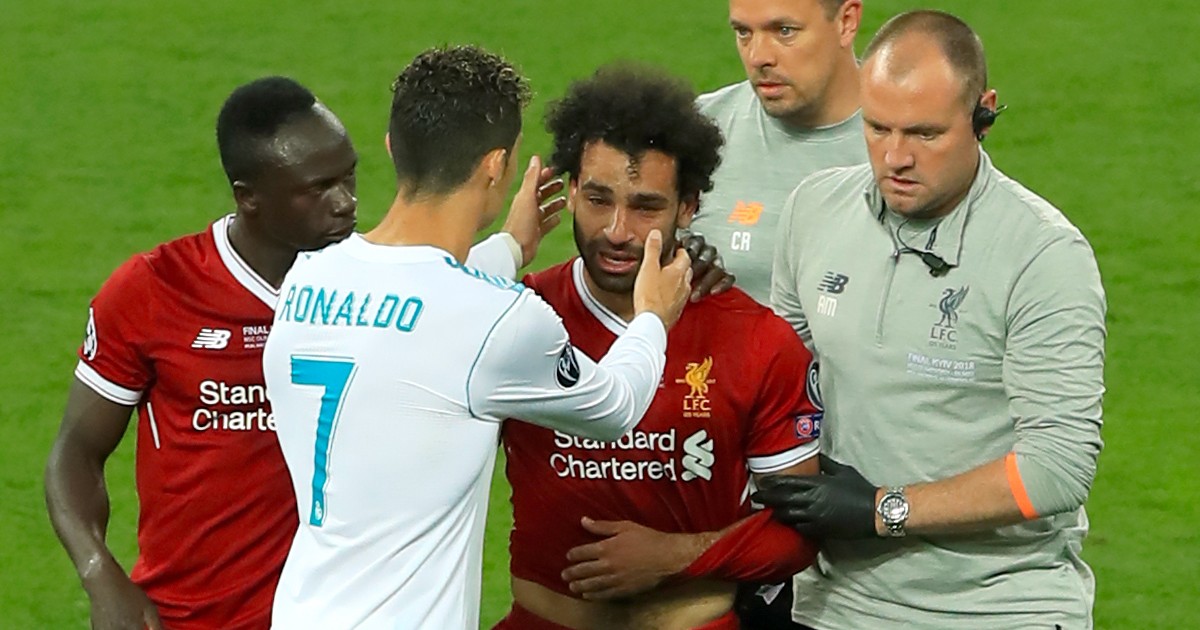 Cristiano Ronaldo recently became the highest earner in the Premier League but Mo Salah wants to replace him. Many stars have held that title.

It is difficult to pinpoint exact figures and specific times in some instances, while outliers such as Alen Boksic supposedly being on £63,000 at Middlesbrough in 2000 will be ignored wherever possible. This is as accurate a timeline as we could nail down.

John Barnes (£10,000) – August 1992 to April 1995
“When I signed for Liverpool, I became the first £10,000-a-week player in the country and the newspaper headlines were ‘Football’s gone mad’,” John Barnes recalled in 2017, 30 years after he signed the Liverpool contract in question, which itself came shortly before this. He entered the Premier League as its highest-paid player but missed the real gravy train that was to come.

Chris Sutton (£10,000) – July 1994 to April 1995
A Premier League title challenge at Norwich in 1993 and 25 goals with a UEFA Cup win over Bayern Munich a year later prepared Chris Sutton wonderfully for his £5m move to Blackburn in summer 1994. As well as the British record fee, the striker was given a five-figure weekly wage for his troubles.

Eric Cantona (£18,000) – April 1995 to June 1995
‘I suppose we should turn a blind eye to the fact that Eric Cantona has earned himself a £10,000-a-week rise by kung-fu kicking his way into court and costing Manchester United the title,’ wrote the Daily Mirror when Eric Cantona extended his Manchester United contract in 1995. ‘Out of shame and scandal has come profit.’

Dennis Bergkamp (£25,000) – June 1995 to July 1996
After finishing second and third in the Ballon d’Or vote for two years running in 1992 and 1993, Dennis Bergkamp’s streak was snapped by a regrettable time with Inter. Arsenal came to his rescue in 1995, with chairman Peter Hill-Wood admitting himself that the money involved was “absolutely mad”. The fee was three times Arsenal’s previous record; the wage was the biggest seen in the Premier League at the time.

Fabrizio Ravanelli (£42,000) – July 1996 to May 1997
With more than twice as many goals as any teammate in his solitary season on Teesside, few would argue that Fabrizio Ravanelli did not earn his coin despite Middlesbrough’s relegation.

Alan Shearer (£34,000) – May 1997 to December 1999
The baton made the short trip down the A19 for a reduction in money but an increase in excellence at the start of Alan Shearer’s second season at Newcastle. It was unfortunately also his worst; injury restricted him to just two goals in 15 starts.

Roy Keane (£52,000) – December 1999 to July 2001
With the glow of the Treble still shining through, Manchester United sought to extend Roy Keane’s contract throughout 1999. A £38,500-a-week deal was rejected amid purported interest from Italy, before United finally stumped up that December. But it was not without controversy: Keane rather understandably demanded an apology after United sent a letter to fans using his new contract to explain why season ticket prices had increased.

Sol Campbell (£60,000) – July 2001 to July 2001
“I want to sign big players,” Arsene Wenger began in May 2001, “but that does not necessarily mean they have to be big names. You can create a big team without bankrupting the club and we would not pay a player £100,000 a week.” That was the reported pay packet Campbell was demanding to leave behind his boyhood club, but the manager won out in the end.

Juan Sebastian Veron (£80,000) – July 2001 to March 2002
But Campbell would vacate the throne within a week or so. British record signing – and Manchester United’s real most expensive player ever – Juan Sebastian Veron penned a five-year contract upon his arrival, won the September Player of the Month award within his first few weeks, became the first Argentinean Premier League champion and was a roaring success throughout.

Hernan Crespo (£94,000) – August 2003 to July 2005
Is history a little harsh on Hernan Crespo? He was certainly not a sensation at Chelsea, nor did he perform quite as well as his levels of remuneration would suggest, but he recorded as many double-digit Premier League seasons for goals as Gianfranco Zola despite completing five fewer campaigns.

Steven Gerrard (£100,000) – July 2005 to May 2006
“How can I think of leaving Liverpool after a night like this?” asked Steven Gerrard after his heroics in the 2005 Champions League final. Little over five weeks later, he instructed agent Struan Marshall to reject an offer of £100,000 a week to stay at Liverpool, with Chelsea circling. A day later, the U-turn was complete, the ashes of those burned shirts were swept away and a four-year deal was signed.

Frank Lampard (£140,000) – August 2008 to September 2008
Chelsea had been in simultaneous negotiations with Frank Lampard, but it was not until the dawn of the following season that the midfielder committed his future to Stamford Bridge. It was quite the statement of support at the time for a player who had just turned 30, but a rejected £10m bid from Inter Milan almost forced the hand of the Premier League and Champions League runners-up.

Robinho (£160,000) – September 2008 to July 2009
The funniest part about Robinho becoming the highest-paid Premier League player in September 2008 is not that he almost joined Chelsea, nor that he seemed to be unaware of the fact there were two sides in Manchester. Rather, it was that he replaced Shaun Wright-Phillips as City’s biggest earner. And that’s just weird.

Carlos Tevez (£250,000) – July 2009 to June 2013
When Carlos Tevez refused to come on as a substitute in a Champions League game against Bayern Munich, Manchester City were understandably furious. They fined him four weeks’ wages, equivalent to £1m. Another month or so and that would cover the cost of one Oleksandr Zinchenko with change left over.

Wayne Rooney (£300,000) – February 2014 to January 2018
A reminder that Wayne Rooney once requested a transfer from Manchester United and was rewarded with a £70,000-a-week pay rise. That was in October 2010. By the time that contract was within 18 months of expiration, he was being flanked by Ed Woodward and David Moyes while signing another for almost twice as much.

Kevin de Bruyne (£385,000) – April 2021 to August 2021
“The amounts are what they are,” said Herwig de Bruyne when son Kevin extended his Manchester City contract with an £85,000-a-week raise. “If your boss offers you double tomorrow, for example, you are not going to refuse that. You shouldn’t sell yourself below your price either.” His boy certainly did no such thing; the younger De Bruyne negotiated the lucrative deal himself over six months after parting company with his agent.

Cristiano Ronaldo (£480,000) – August 2021 to now
The antithesis of that was the return of Cristiano Ronaldo to Manchester United, instigated and overseen by the influential Jorge Mendes. The one thing all reports agree on is that the Portuguese is earning less at Old Trafford than he had been at Juventus, with some outlets settling for the safer ‘more than £400,000’ and others declaring the figure to be £480,000. Chuck in another £20,000 a week and that is supposedly what Mo Salah is after to stay at Liverpool.