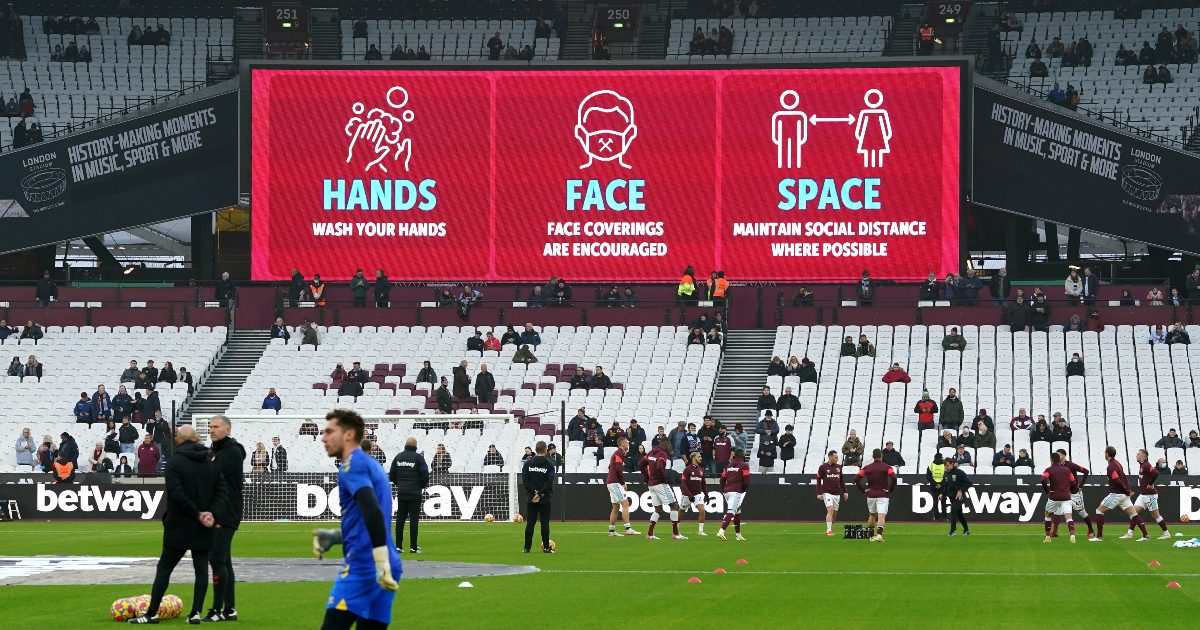 According to reports, the Premier League could bring in new postponement rules regarding Covid-19 as early as the first week in February.

Premier League clubs are expected to meet next week to discuss changes to the criteria for calling games off.

League officials have started talks with clubs and it is believed that the new rules would be implemented on February 8.

The league is looking at the issue against the backdrop of falling case numbers within the competition and in the country more widely.

There is nothing within the Premier League’s rules to prevent such a change happening mid-season, but any amendments would require the usual 14-club majority.

The criteria have come under much scrutiny, with Tottenham critical of the Premier League board’s decision to postpone last Sunday’s north London derby due to Arsenal having insufficient suitable players to fulfil the fixture.

Where a club cannot field 13 outfield players and a goalkeeper either from their squad list or their appropriately experienced under-21 players, the match will be postponed.

The rules allow for postponements to be approved where players are unavailable due to a positive Covid-19 test or close contact with someone who is positive, but also if they are sidelined by injury or away on international duty.

The latter will cease to be an issue beyond this weekend, as usually the Premier League breaks when there are international matches – the Africa Cup of Nations is a rare exception to that.

The Premier League board also considers a range of other factors in making its decisions, including a club’s ability to safely prepare its players in the lead-up to a match – for example if their training ground has been closed – or any other guidance from the UK Health Security Agency.

A Premier League spokesperson said: “The Premier League is consulting with our clubs regarding Covid-19 postponement rules and guidance in light of the changing national picture and the falling number of cases within our squads.

“The league’s current guidance was amended in December following the emergence of the new Omicron variant and we continue to monitor the ongoing effects of the virus and will update our guidance accordingly.”

Cases in the Premier League have fallen in each of the last three weeks, while on Wednesday the Football Association announced there were just two new positives among players and staff at Women’s Super League and Women’s Championship clubs.

Covid passports will no longer be required to enter a sports venue holding 10,000 or more people in England from January 27, after Prime Minister Boris Johnson announced Plan B measures introduced to combat the threat of the Omicron variant were being dropped.

The Government announced the move to Plan B on December 8, requiring spectators at larger venues in England to provide proof of vaccination or a recent negative test.