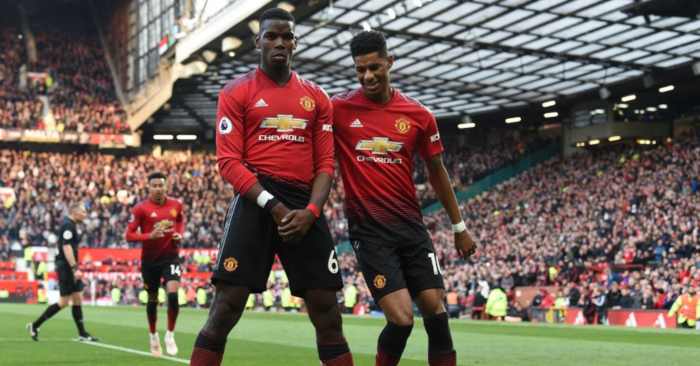 If Project Restart brings the Premier League back in June, which clubs will benefit from the break to get injured players back?

Have they even had any injuries this season? They sure make them tough in Yorkshire.

Nothing to see here. Poor Ricardo Pereira is nowhere near…

One goal and one assist this season. We doubt he’ll keep them up.

With one of my favourites 🐺!
Can’t wait for our return! 🧡🖤@Wolves pic.twitter.com/OPirrwNPUY

Yes, Everton g0t battered 4-0 by Chelsea with pretty much a full-strength squad. The real boost will come when Jean-Philippe Gbamin can return and be officially ‘like a new signing’.

A decent player, but can his absence really explain back-to-back defeats against West Ham and Newcastle? Saints fans will hope so…

In Alisson’s absence, Liverpool were ejected from two cups so they will be very glad to have him back. But seriously, they surely couldn’t f*** it up from here even with Brad Jones in goal.

Both have had surgery that might have ruled them out until the end of an ordinary season. Promising players both, but likely to be the difference between relegation and survival? Perhaps not.

“After six weeks he will slowly start to do everything,” was the verdict on Gerard Deulofeu two weeks ago, but we suspect that does not include full-contact football. Watford have a few edging back and they will need them in a relegation battle.

The question now is whether anybody will even notice that Jack Wilshere is fit again?

File that trio under ‘nice to have’. We never thought we would say that about Mamadou Sakho at Crystal Palace.

Lovely Martin Dubravka feels sorry for Karl Darlow that he was going to play some actual football before the lockdown (“We have had a conversation on the team group chat. I can understand his situation because he was ready to go back between the goal”) but Newcastle fans are happy to have Dubravka fit. F*** Karl Darlow.

It could be argued that none of those missing players would hobble back into Arsenal’s starting XI but in the event of Project Restart actually prompting a restart with extra substitutions, squad strength would be a bonus.

Just the one player but what a player.

“He’s training. He’s not injured,” said Guardiola back in March when asked about Leroy Sane. “We are going to decide but he was ready weeks ago.” Will he get one last hurrah before he joins Bayern Munich?

“I’m waiting on more news because there’s a bit more detail with some of the injuries than others, but generally speaking, this spell will make sure, or give them an enhanced chance, of being right, so there’s that,” said Sean Dyche in early April. They could be the difference between finishing 10th and 11th.

“We are hopefully going to have a full squad of players to work with, whenever we come back, in terms of injured boys coming back,” said coach Kieran McKenna last month. Which is lovely. But it’s hardly like Manchester United have been struggling in their absence.

The Mail is reporting that #MUFC will return to training on May 18th ahead of a potential June 8th return to action.

Jose Mourinho was cautious – “It is one thing not to be injured, it’s another thing to be ready to play football. For them it is many, many, many weeks of injury and when the injuries were almost at an end, we stopped training” – but the headline is that Tottenham’s injured trio are back. And boy do they need them; they have won just three of nine Premier League games in 2020.

It’s been a season decimated by injuries but the silver lining to the darkest of Covid-19 clouds is that Eddie Howe could have almost all his long-term injury absentees back. He would back a fully fit squad to pull the Cherries out of the relegation zone so brace yourselves for the legal challenge if the season is declared over.

Options, options, options for Chelsea, who were struggling so much before the break that Faustino Anjorin and Armando Broja came off the bench in the 4-0 win over Everton.