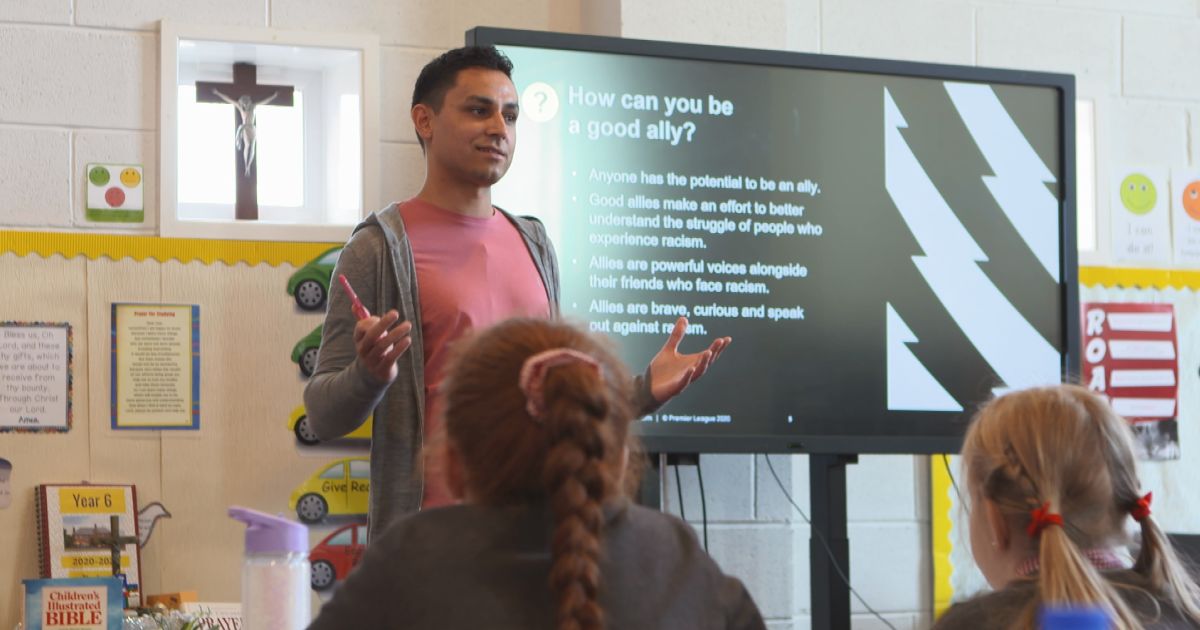 The sporting community will take part in a social media blackout this weekend in the fight against racism. The Premier League is set to join the protest, but the organisation isn’t stopping there.

The world’s top football competition has also announced the launch of a ‘Draw Together Challenge’ in an attempt to empower children to help and support others who face discrimination.

Primary schools across England and Wales will encourage pupils to draw or paint a picture around the topic of allyship. These pictures will detail the positive action that they can take to challenge discriminatory behaviour.

The challenge is part of Premier League’s ongoing No Room For Racism initiative and it will be available through the league’s education programme. 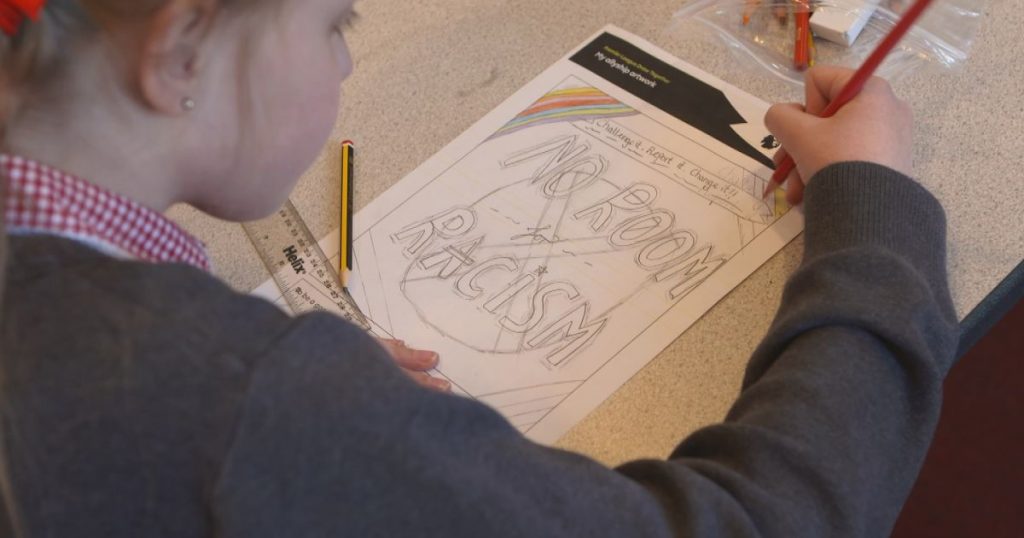 CBeebies presenter Ben Cajee helped to launch the new challenge by attending a session on discrimination at Holy Trinity Primary School in Liverpool.

He said: “Having faced discrimination myself when at school, I know first-hand the importance of education on this issue.

“To have videos of Premier League footballers talking about their own experiences of racism and the importance of looking out for each other as part of this challenge, is key in showing children how vital it is for us all to support others. It’s something I would have appreciated at that age.

“I hope that the Premier League Draw Together Challenge has a positive impact on all who take part and I look forward to seeing the great artwork the children create.”

We can all play our part in removing online abuse.
☑️ Challenge it.
☑️ Report it.
☑️ Change it.

Together we can make it clear that there is #NoRoomForRacism pic.twitter.com/8fA4dD0eb1

The challenge is set to run for the next two months with teachers able to submit artwork on behalf of their class or as individual submissions via the Premier League Primary Stars website: plprimarystars.com

All schools that enter ahead of the June 11 deadline will be entered into a prize draw. One lucky school will receive a visit from the Premier League trophy while others could win Premier League goodies.

Head of Community for the Premier League Nick Perchard said: “The Premier League Draw Together Challenge will enable children and teachers in classrooms up and down the country to have safe and open conversations about racism and the detrimental impact that discrimination has.

“We hope this will encourage children to create artwork and pledges that demonstrate their support for others and will lead to further discussions with family members and friends about the importance of us all playing our part in helping to tackle racism.”