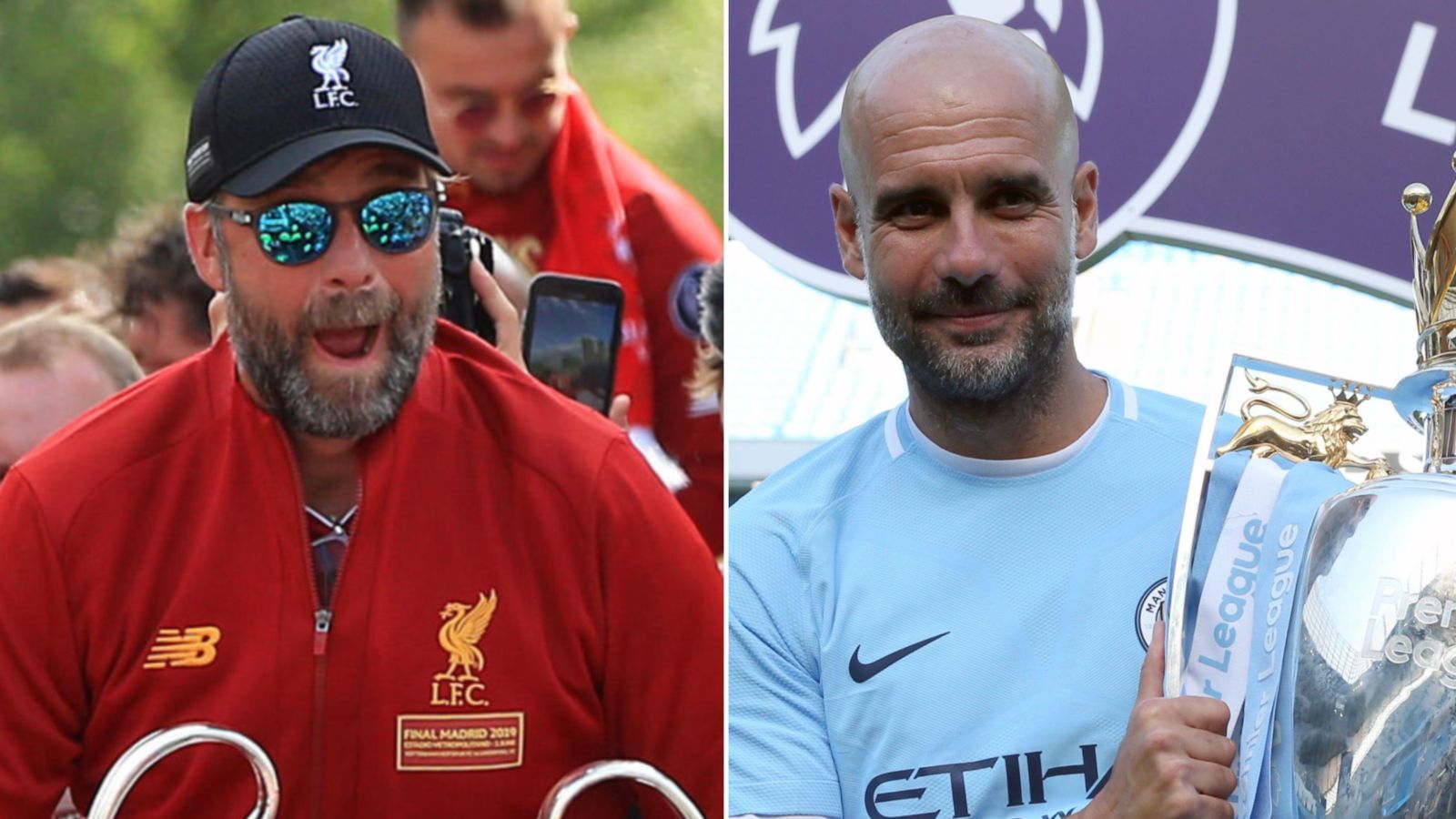 Is the league title or European Cup harder to win? Plus, salary caps and agents, Wycombe, Burnley and more…

League vs European Cup
This topic was very prevalent back in the mid-2000’s when Rafa’s Liverpool had won the European Cup and made the final a few years later. My take on it was always that you while you have to admit that the European Cup is ‘harder to win’, you can also be right in saying that winning the league proves more about your team/your management/your ability as a player. And as a result, it’s fair for anyone to feel that the league is ‘more important’ than the European Cup (although I think this is entirely subjective and not really worth debating at length).

The league proves who is able to be consistent across 38 games / 9ish months. This format proves more about the ability of a team/player/manager primarily because the larger the sample size, the more confidence you can get from the results. Secondarily, in a cup competition you can hope that your rivals in the competition are defeated in upsets, leaving you with potentially/theoretically easier fixtures (Villareal). Imagine if Liverpool’s league fixture against Tottenham had been replaced with a match against Brighton because Brighton happened to beat Tottenham a few weeks earlier. Some might also point to the mentality required to maintain the consistency in the league, but I’d argue that significant mental fortitude is required to win cups too, albeit in a different way.

The fact that cup competitions have elements of luck contributes heavily to it being difficult to win. If the Champions League had been a league round-robin tournament over the last few years during Guardiola’s tenure, they probably would have won at least one of them. They’ve come pretty close a few times nonetheless. The fact that they keep coming so close and failing at the final hurdles probably contributes to how difficult it is to get over the line and actually win it (same for PSG). On the flip side, the fact that Real Madrid keep winning it despite being a disjointed team has also been something of a self-fulfilling prophecy. But again, even Real Madrid have won more (CL-onwards) league titles than European Cups.
Oliver Dziggel, Geneva Switzerland

Salary caps and agents
The reported nauseating terms of Mbappe’s new contract, which can’t be good for either player or club in any terms other than purely monetary, but is incredibly good news for the player’s agent, I was struck with a thought about a potential merger of two favourite talking points of agents are salary caps. Now, my personal feeling on salary caps is that they are generally a bad thing, can only work in a closed shop where the sport is realistically player in just one place, and have a whole host of other problems.

However, there is one place in football, that the concept of salary caps really do seem to me to have a place. Namely, capping how much money agents can make. In the last sadly many years since super agents became a thing, we have seen countless examples of transfers, contract signings, and other general wrangling which seemed more to be about what the agent gets at the end of it than the player. After all, whilst a player’s ultimate goal may be to either just to use it as getting as obscene amount of money as they can, or else it might be to be remembered as one of the greatest players that ever lived; the super agents aims are less cloudy. They are worried about getting as much money for themselves as possible and nothing else. We see it almost every day with the likes of Mendes or the late great-waste-of-space Raiola all the time. How about FIFA does something with the best interests of the game at heart for once.

A salary cap for agents. Others would know better how to organise it, but here are a few ideas to start it: No agent is allowed to take a percentage of any deal involving a client of theirs. They are paid strictly by the client, with an annual wage of satrictly no more than £1m by any source related to the layers they represent (value subject to change based upon people who know more about it than I do. Why not try to remove the power from the people who have the most power in the entire process. The people who can enrich themselves by giving their clients bad information in terms of what to do in their client’s sporting career, knowing that it will rinse a different club of more money, a huge amount of which goes Straight. To. Them.

I don’t think money by itself is the problem in football. The people who dictate what this money does being people who have no stake in the good of the game is the big problem.
Greg, Taunton

The price of big contracts
I was going to make my regular mail about liverpool and city but I saw the rumoured contract PSG have offered Mbappe and felt it needed to be talked about.

I’m not one of the people who thinks players are by default overpaid. There’s a lot of money in the game so why shouldn’t it go to the people who create it. However sometimes people make mistakes. Mbappes contract is one of them.

He has supposedly been offered 100m euro post tax signing bonus, an increase on his already massive post yax per week wages, influence in player purchases and sales and a vote on the manager also.

I really hope Mbappe loves PSG more than his wife because he is gonna find himself trapped with PSG his entire career now. At the age of 23 he has effectively retired at PSG. When his contract expires absolutely nobody will ever give him that level of control over club running. No manager will want to work with a player who controls the managers job and no team will pay those insane wages. He will either have to eat the biggest piece of humble pie in his life and drop his demands when he new deal expires or he will have to stay at PSG until he retires.

It’s equally as dumb for PSG. They are now stuck with the worlds most expensive albatross (a talented one). In the event Mbappe does a ronaldinho or Neymar and decides partying is better than playing football PSG will be stuck paying millions of euros a week to a player who will put minimal effort on the pitch. I’m surprised they didn’t learn this already since thats exactly the problem they have right now with Neymar.

Then there’s the effect that contract will have on other players. How long until other players ask for similar contracts? I am pretty sure no other club will offer those terms because its damaging to the smooth running of a professional and competitive team. Which I suppose is why it happened at PSG. When youre a team designed only to sportwash you don’t really care if crazy decisions fuck up your team because its all just big billboard anyway.

Finally this is a prime example of just how damaging agents are for the sport in general but particularly for player careers. Its true that good agents do a remarkable job of looking after player finances but they are woefully inept at caring for their career – because looking after their career damages the finanaces of the agent. See agents make more money with silly and short contracts, its a model established by the OG super agent Pini Zahavi and then pumped full of steriods by recently departed super agent Mino Raiola. But getting big contracts doesnt mean success or happiness on the pitch. The one paying the most isn’t necessarily the most successful, especially not in the financial doping era (see; man united, psg, juventus et al) If I were a player I’d hire an agent on the provise that they get paid based on my league position, and trophies won. That way both player and agent goals are alligned. Agent will push players to join teams with greater chances of success rather than greater spending power. Mbappes agent will not give a flying fork that hes dooomed his client to a lifetime of mediocrity because his pockets are lined. His goal has been met.

There really needs to be much stricter regulation on this kind of thing because it will absolutely destroy the game.
Lee

Burnley and incompetence
Who’s gonna tell Paul Murphy from Manchester about the now THIRTEEN calls against Everton (Ayew’s obvious red card that was given a yellow and wasn’t even considered by Mike Dean on VAR) this season, that he’s barking up the wrong tree here.

I seemed to have missed that mail.  If he wanted to use incompetence to beat the Premier League with, he’s using the wrong stick.
TX Bill (and frankly don’t care what anyone thinks about our pitch invasion or celebration) EFC

Wycombe and the future
Wycombe fan here, was at Wembley yesterday.

Don’t really want to talk about the match, because, to be honest, it’s a pretty simple affair, Sunderland had the better team coming into the game, and they played better. Wish them luck in the Championship (but a small part of me does hope they crumble and finish 24th)

I instead want to talk about Adebayo Akinfenwa. Alot of you, will simply know him as *the unit*. Even Football365 referred to him, quite hilariously, as the Cambridge Definition of Unit.

And they aren’t wrong. But to simply see him as a Unit and a meme, is a vast, vast disservice to his role in Wycombes modern history.

He joined us when we were in League Two. Over the course of his six year spell with the club, he’s been a massive part in taking us from strenght to strenght, to the championship and back, with his last kick of the ball being in Wembley in front of 22,000 Wycombe Fans.

That figure alone, was the largest Wycombe support at a game since 1950.

Whilst Akinfenwa’s relevance and role as a football player waned in the past two seasons, often being subbed on more in a performative role than a footballing one, there is no doubt in my mind that Akinfenwa remained a dominant force in changing rooms.

In many ways, he reminds me of Ted Lasso, the politeness, the optimism, being a genuinely decent human being.

His role in the changing room is, without a doubt, one of the major reasons for Wycombes reputation for having a great atmosphere within the club.

We have, in footballing terms, replaced him. Sammy Vokes has proved an admirable, “Brexit” Ball striker up front, I do worry about where we go for leadership in the changing room after this.

It’s clear the players have a huge amount of respect for him (just watch his 2020 interview after the League One playoffs Vs Oxford).

But, perhaps one of the greatest things about Akinfenwa, he said in the same interview.

In another Ted Lasso-esque moment, he utters words that, you might not expect a footballer to do so.

“The Only Opinion that matters, is the Opinion you have about yourself”

For a sport that celebrates ego, that puts players on pedastles, treated as heroes, it’s a superb look into life and the respect you should have for yourself. God knows, so many could use those words.

I’m not upset about the playoffs. They come and go, success comes in waves and ebbs. But Akinfenwa? I’m devastated to see him go. I wish him the best, because, if anyone deserves it, it’s him.
DaraghJohn

Mike Dean
I can’t be bothered looking up which game Mike Dean has got to referee in his last game, I just hope it’s not Arsenal, because you just know that he’s going to make it about him.
Andrew Goonerabroad Brown