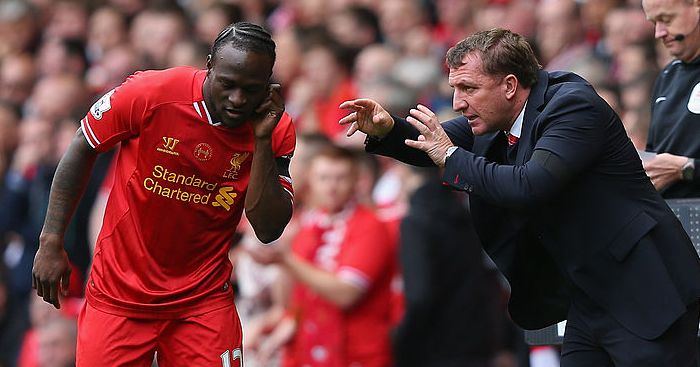 News of Manchester United’s £60m Dean Henderson quandary got us thinking: which Premier League loanees have helped their temporary guardians finish higher than their parent clubs? This quintet must have felt pretty awkward upon their return…

Jo
Everton were already seven points ahead of Manchester City when they borrowed Jo in February 2009. The Brazilian had been signed for a club-record fee by Mark Hughes the previous July but the Abu Dhabi United Group and Robinho meant that was long lost in the post-takeover shuffle by the winter.

Five of the biggest upgrades in Premier League history

Jo scored more Premier League goals within 49 minutes of his Toffees debut than in nine matches at City. That form soon petered out but he was a regular in an Everton side that came fifth and reached the FA Cup final, for which he was ineligible due to a 20-minute cameo for tenth-placed City in their third-round collapse at home to Nottingham Forest. David Moyes loaned Jo for the second time at the start of the next season but was asking him to Leave (Get Out) by Christmas 2009 after he returned to Brazil without permission.

Yossi Benayoun
It took one chastening experience at Old Trafford before Arsene Wenger realised Carl Jenkinson, Gervinho, Alex Oxlade-Chamberlain and Joel Campbell were mere stickers placed over the gaping hole Cesc Fabregas, Samir Nasri, Gael Clichy and Emmanuel Eboue had left in his Arsenal squad in 2011. Arsenal lost 8-2 to Manchester United on August 28 and had signed Park Chu-young, Andre Santos, Per Mertesacker and Mikel Arteta by the end of the month.

Yossi Benayoun also joined on loan from Chelsea but would soon establish himself as genuinely respected and appreciated at the Emirates. He captained a League Cup defeat to Manchester City in a “nice moment” and received a standing ovation against the same club in a crucial league victory in April, as well as a north London derby two months prior.

Despite scoring just four goals, his contribution to the cause was immense. It included an 87th-minute winner against Aston Villa, the assist in a 1-1 draw with Wolves, and the openers in a 3-3 draw with Norwich and 3-2 win over West Brom. Without Benayoun, Arsenal would surely not have finished a point ahead of Tottenham, their arch rivals condemned to the Europa League despite coming fourth after an otherwise poor Chelsea side contrived to win the bloody Champions League.

Victor Moses
“It’s not easy when you come to a big club,” said Brendan Rodgers of Victor Moses in January 2014. “You come from a really good club like Chelsea to a massive club like Liverpool where there is expectancy every day. For any player to go into a big club there is a big difference in terms of mentality.”

A reminder that he was discussing a player signed by the reigning European champions in summer 2012. That is peak Brendan.

Moses actually played 43 times for “really good club” Chelsea in his debut season, starting 28 games after joining from Wigan. But the step up to “massive club” Liverpool was too much, as he made just 22 appearances (nine starts) as Raheem Sterling’s understudy. His parent side stopped his unloving foster family from winning the title but Liverpool did still finish two points ahead of Chelsea.

Moses repeated the trick two seasons later in 2015/16, when he was again used sparingly by a West Ham side that thrilled its way to seventh. Chelsea were three places behind yet both they and Moses together would win the title the following campaign. Football is stupid.

Marco van Ginkel
It was as part of the move to sign Asmir Begovic that Chelsea offered Marco van Ginkel on loan to Stoke in summer 2015. He had been beset by injury but remained an eminently talented midfielder waiting to realise his potential by playing alongside Glenn Whelan: a dream all of us surely hold.

Van Ginkel only stayed in the Potteries until February, at which point Chelsea redirected their Dutch post to the more suitable climes of PSV. He started eight Premier League games for Stoke – four draws and four defeats – before his loan was cancelled in a Giannelli Imbula-induced haze. And what a godawful signing he was.

Most surprisingly of all, Van Ginkel remains a Chelsea employee. His contract at Stamford Bridge expires after seven long years this summer; we doubt Chelsea will strive to keep him beyond the end of that deal.

Nathan Dyer
What links Nathan Dyer and Martin Scorsese? Not a borderline unhealthy obsession with Leonardo DiCaprio, nor two goals in a League Cup final, but the fact that arguably their greatest career achievements were accomplished over 209 minutes.

You can watch the entirety of The Irishman in the exact same time Nathan Dyer took to earn a Premier League winner’s medal. Twelve appearances, no starts and six minutes from January 2 to the end of the 2015/16 season was all that was required to secure a place at the very end of the closing credits to team sport’s most unfathomable success.

Dyer made the most of his limited screen time. It was his header in the 89th minute of a 3-2 win over Aston Villa from two goals down that was one of Leicester’s main season catalysts. Swansea had lent him to the relegation favourites that summer but were forced to watch from the grips of mid-table as the Foxes shattered the glass ceiling.