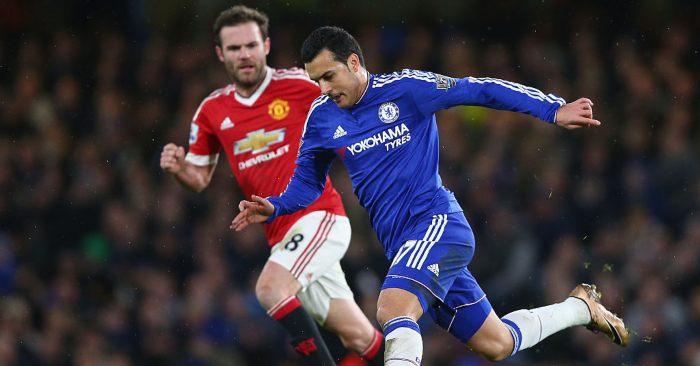 We have told you which players have collected the most PPG with their Premier League clubs. But the real fun is looking at the players whose record is the worst. As before, a minimum of five games and 250 minutes applies. It’s only fair…

ARSENAL: Alexandre Lacazette (PPG: 1.15)
There’s a school of thought that Arsenal are more than happy to sell Alexandre Lacazette (well, they do have Eddie Nketiah) and there is some evidence to support that school of thought. A poor season has so far reaped only seven Premier League goals and the Gunners have lost just one of the eight games the Frenchman has missed entirely.

ASTON VILLA: Ahmed Elmohamady (PPG: 0.58)
Villa are in trouble but they would be in far, far deeper trouble had they not upgraded their Egyptian right-back. They have lost a remarkable seven of the eight Premier League games Ahmed Elmohamady has started this season. Dean Smith even tried to start both him and Frederic Guilbert against Leicester and they got battered 4-0. No wonder he is under pressure.

BOURNEMOUTH: Arnaut Danjuma (PPG: 0.33)
This has gone almost comically badly for the £16m winger. When not injured, the Dutch international has featured in nine Premier League games and is yet to win a single one. Not a one. The only time he has been a) available and b) remained on the bench, the Cherries somehow beat Manchester United 1-0. Don’t pick him, Eddie.

BRIGHTON: Solly March (PPG: 0.62)
Utility man March started on the opening day of the season when Brighton beat Watford 3-0 but he has since missed all the Seagulls’ five victories. Maybe he is not quite so useful after all…

BURNLEY: Matej Vydra (PPG: 0.9)
The bare statistics are a little misleading as the Czech striker was getting thrown on as a ‘different’ option when things were going awry. But just before the season’s pause, a decent run of four games led to two goals and no defeats. Sean Dyche has quietly had an excellent season.

CHELSEA: Pedro (PPG: 1.0)
We are still reeling from the Marcos Alonso revelations. While he picks up 2.55 points per game, the soon-to-depart Spanish winger Pedro is scraping just a point per game. When he played – and scored – in the impressive 4-0 win over Everton, that was his first Premier League victory since September.

CRYSTAL PALACE: May Meyer (PPG: 0.85)
The German has sat and watched Palace’s back-to-back-to-back 1-0 wins from the bench; he has not actually been involved in a Premier League victory since Boxing Day. Let’s face it, he’s no James McCarthy/McArthur.

EVERTON: Morgan Schneiderlin (PPG: 0.93)
The Toffees would be bang in relegation trouble if they played Schneiderlin in every game. Though he would argue that he started the 3-1 win over Chelsea and missed the 4-0 shellacking of the return fixture.

Can we please just get the world back to normality…

When the main debate of the day was how shite Morgan Schneiderlin is.

LEICESTER CITY: Hamza Choudhury (PPG: 1.56)
If Leicester played Hamza Choudhury in every game, they would be as bad as Manchester United. His appearances have generally coincided with the brilliant Wilfred Ndidi’s unavailability so the Foxes have not actually won a game he has started since December. Ouch.

LIVERPOOL: Dejan Lovren and Adam Lallana (PPG: 2.67)
They both featured in the 3-0 defeat to Watford and they will both leave this summer as punishment.

Nooo. Fuck Lallana. He’s on the same level as Lovren and Adrian. https://t.co/58G5AVIGEp

MANCHESTER CITY: Oleksandr Zinchenko (PPG: 1.83)
Claudio Bravo missed out on the five-game rule so instead we turn to Ukrainian makeshift left-back Zinchenko, who lags behind both Angelino (2.00) and Benjamin Mendy (2.29). His last two games in a City shirt were 2-0 defeats to Tottenham and Manchester United. It’s little wonder that recent reports suggest he will be moved into midfield.

MANCHESTER UNITED: Juan Mata (PPG: 1.06)
Extrapolate that across the season and United would be in 15th place. Poor Juan Mata. After playing the full 90 minutes of embarrassing defeat to Burnley and bore-draw with Wolves, he was benched for wins over Chelsea, Watford and Manchester City. At 32, his time really is not now.

You should not compare Mata with actual footballers in 2020. He used McTom, Mata and Matic as argument to not sign Grealish and Saul. Fucking hell Berba.. https://t.co/83FTHfYzNk

NEWCASTLE UNITED: Florian Lejeune (PPG: 0.83)
He’s no Ciaran Clark. Having missed the start of the season through injury, he returned for a run of five games in which Newcastle conceded ten goals and got promptly dropped.

NORWICH CITY: Moritz Leitner (PPG: 0.44)
When the German disappeared in early October, he had played in nine Premier League games and only tasted victory once. The only man who is jealous is Arnaut Danjuma.

SHEFFIELD UNITED: Callum Robinson (PPG: 1.25)
He’s won rather a lot more games at West Brom. He could come back from there are play a part next season.

SOUTHAMPTON: Yan Valery (PPG: 0.78)
It has not been an easy season for the young Frenchman. He has suffered from glandular fever and won only one of the eight Premier League games he has started. Saints fans love him, mind…

TOTTENHAM: Japhet Tanganga (PPG: 0.83)
Basically, he is not fit to lace the boots of Eric Dier. Six Premier League appearances and only one – at left-back against Manchester City – has ended in victory. Jose Mourinho has decisions to make about his defence as he is under a whole lot of pressure to stop the rot.

WATFORD:  Danny Welbeck (PPG: 0.33)
Like Arnaut Danjuma, Danny Welbeck is yet to win a Premier League game for his new club. Dat Guy has had a mare, remaining on dat bench for the 3-0 win over Liverpool.