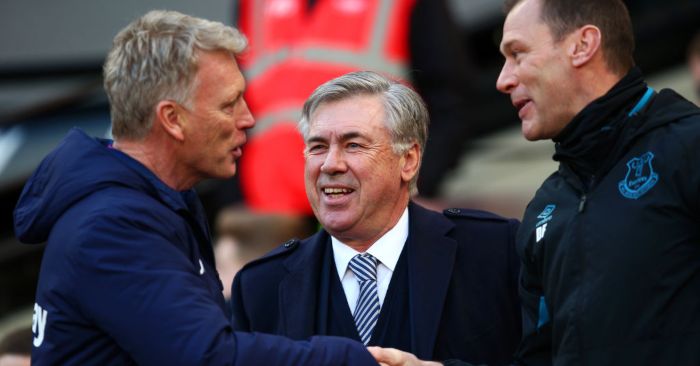 Carlo Ancelotti has had the biggest impact of any of the Premier League’s mid-season managerial appointments.

The Italian has busied himself guiding Everton into the Champions League, having a marginally bigger transformative effect on the Toffees than Jose Mourinho has enjoyed at Tottenham.

The ‘grumpy’ Portuguese might regret taking the job but he has overseen the biggest jump in position of any coach parachuted in by a top-flight club this season.

There are also reasons for Arsenal positivity despite Mikel Arteta’s ostensibly slow start, while accomplished painter Nigel Pearson has done a fine job at Watford, too.

David Moyes is yet to really prove that winning is “what he does”, mind.

Let’s ignore the sacked Quique Sanchez Flores and take a deeper look at how those five have really fared. All statistics used are from the date that particular manager was appointed.