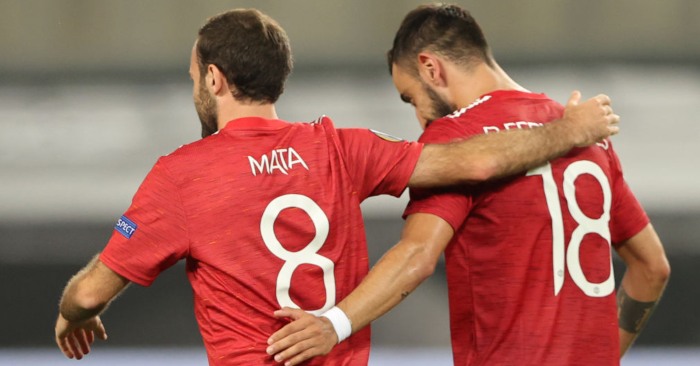 So of course Ceballos has started exactly half Arsenal’s games as Mikel Arteta’s quest for defensive solidity sees him inexplicably drawn to the magnetic qualities of Mo Elneny, found down the back of the sofa. As a result, Arsenal’s attack is simply not functioning.

And there you were believing all the hype about Grealish being the eighth wonder of the world. Two things: 1) Poor Conor Hourihane and 2) Ross Barkley for England.

No player has created more chances (6) in a single Premier League game this season than Ross Barkley vs. Arsenal.

Gross, Lallana, Joel Veltman and Danny Welbeck created three chances each against Burnley on Friday; none were taken. Brighton’s strikers were one of our losers of the weekend.

Worse than even Arsenal at this ‘creating chances’ lark. Not one player created more than one chance against Brighton on Friday night.

Three assists in four Premier League appearances for Ziyech, who has been a revelation. We think we love him. And he is a major reason why Chelsea could actually win the title.

Chelsea have a magician on their hands. 🎩 pic.twitter.com/vA4WYxiS9f

That’s a lot of crossing and aiming for the head of Dominic Calvert-Lewin. Digne alone attempted nine against Manchester United on Saturday.

Cairney has created 15 chances this season and not been credited with a single assist. Fulham’s strikers will have to improve if the Scot is to avoid a third Premier League relegation.

Thirteen teams take more shots than Leicester, who are top of the table having scored 18 goals in eight games. Jamie Vardy that.

And now you see why Cancelo has been switched to left-back – neither Raheem Sterling nor Ferran Torres is creating chances from that flank. Shame De Bruyne is massively overrated.

Ole Gunnar Solskjaer must thank the lord for Bruno Fernandes every single day.

Bruno Fernandes has scored more goals (13), scored more non-penalty goals (7) and registered more assists (10) than any other PL midfielder since making his debut in the competition.

And you wonder why Newcastle fans are pissed off. They are not demanding Champions League football, just an escape from this purgatory.

Rhian Brewster has so far had one shot in four games for Sheffield United. This could be a long, long, long season.

Theo Walcott may be 31, but THIS is the year he finally delivers on his potential. This is it, I can feel it.

Obviously Lo Celso cannot get a game. In fairness, Tottenham are doing rather well without him

No Pereira, no party.

Hard to draw any conclusions other than Aaron Cresswell is a greater creative force than any one Arsenal player.

Neto has emerged from the shadows to claim a new Wolves deal, a first Portugal call-up and creative parity with Aaron Cresswell.